Q&A: Javier Escovedo Looking for the perfect tone, from Zero to True Believer and beyond 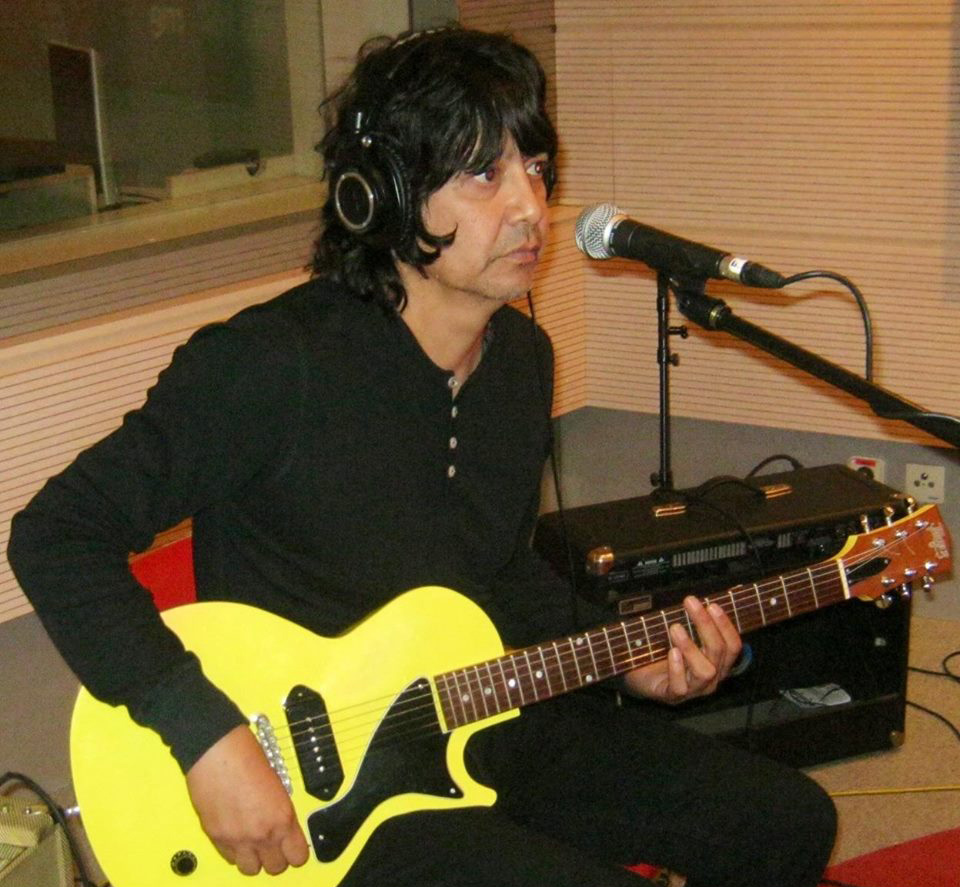 Javier Escovedo grew up in San Diego in a house full of musicians. His older brothers are Pete (Santana, Azteca, Pete Escovedo Latin Jazz Orchestra), Coke (Santana, Malo) and Alejandro (the Nuns, Rank & File). He picked up a guitar when he was in high school, inspired by Lou Reed, T. Rex and the New York Dolls. “I liked all kinds of rock ’n’ roll,” Escovedo says. “When I heard Johnny Thunders play on the first Dolls album, I wanted to join a band.” In 1976, Escovedo started the Zeros, one of the first West Coast punk bands, with Robert Lopez (who later became El Vez) on lead guitar, Hector Penalosa on bass and drummer Baba Chenelle. Their debut single, “Don’t Push Me Around” b/w “Wimp,” was one of the West Coast’s first punk records.

The Zeros moved to San Francisco and became part of the Mubuhay Gardens scene, but soon crashed and burned. Escovedo moved on to Austin, joining his brother Alejandro in the True Believers, a band that was playing roots-rock and Americana before those genres had a name. Their three-guitar attack (Javier, Alejandro and Jon Dee Graham) made their live shows an over the top, folk metal experience. Unable to rise above their rabid cult following, the band fell apart in the late ’80s. Javier went on to play with Will Sexton, the Lost, the Sacred Hearts with ex-Zero Baba Chenelle and Chariot. Four years ago — between reunion shows with the Zeros and True Believers — he decided to make a solo album and self-produced the snarling rocker City Lights. The album got rave reviews and lead to his most recent effort, Kicked Out of Eden, just out on the San Antonio-based Saustex Records label. [Read Lone Star Music’s review here.]

In the midst of a busy SXSW schedule this week in Austin (including his headlining slot at Friday afternoon’s Lone Star Music and KOKE-FM Dillo Mixer at Threadgill’s World Headquarters), Escovedo shared his thoughts on his long musical journey with LSM. The long-time San Diego resident also confirmed rumors that he’s seriously considering a move back to Texas in the very near future. “My stuff is in storage in California, but I’m looking for a place to live in Austin,” he says. “I feel like I need to be there for the music.”

You’ve been playing guitar and writing songs for 35 years, but you made didn’t make your first solo album until City Lights in 2012. Why did it take you so long to “go solo?” Did your long resumé give you pause when you sat down to make that album?

Who knows? I don’t think about stuff like that when I write songs. I wasn’t thinking about a solo career. My only plan was to make the best record I could, with the resources I had. I didn’t think I had anything to live up to. After City Lights was done, I changed my mind and made another album.

City Lights and Kicked Out Of Eden both have a sound that’s rooted in the early days of rock, from the ’50s to the early ’70s, especially the ’70s glam scene.

Yeah, I love all that stuff. It’s probably because of the age I was when I heard that music. I was a teenager in the ’70s, so that music made a big impression. The sounds, tempos and grooves are comfortable to me, but I love ’50s and of course ’60s music also. I can remember hearing “It’s My Life and I’ll Do What I Want” coming out of my transistor radio, riding down the street in Huntington Beach on my bike. I thought that was the greatest statement ever! Maybe that ended up giving me the idea for “Don’t Push Me Around,” one of the first songs I wrote for the Zeros. But who knows where songs come from?

In the past five years, that primal rock ’n’ roll sound has made a big comeback with young bands. Do you have any idea why those sounds remain timeless?

Well, everyone can look up any band they hear on YouTube, so it’s way more accessible to young people and that’s great. I see a lot of teenagers walking around with guitars, which is very cool. For a while, it was all about synths, but guitars are coming back — although I do think that pedals are way too popular. You should work on getting a great tone out of your amp and guitar first.

How would you say Kicked Out Of Eden differs from City Lights?

This one sounds like a rock ’n’ roll record: less poppy, not as precious. I made it really fast and didn’t worry about it too much. We rehearsed the songs, then played live in the studio. I think it took three or four days in Austin and one day in San Diego. If we got a good take, we’d keep it and move on. We didn’t layer many tracks. We only overdubbed lead guitars, percussion and vocals.

City Lights I made on my own, then I licensed it to a label in Spain — Folc. Jeff Smith and Saustex records were on board before I stared recording Kicked Out, so it was a lot easier for me, and the band. I play with these guys — guitarist Brad Rice (the Backsliders, Whiskeytown, Son Volt); bassist Michael “Cornbread” Traylor (James McMurtry, Billy Joe Shaver); drummer Hector Munoz (True Believers) and keyboard player Matt Hubbard (Willie Nelson) — whenever I come out to play in Austin, which has been more and more frequently. They’re all great players and cool guys to hang out with. I worry about everything all the time, but I let go a bit on this one and let others help me.

What are the challenges of producing yourself?

You have to remain objective in the studio. I tend to have everything worked out beforehand. No surprises, thank you. I know what I want; the band and I just have to execute it. With this record, I was less uptight about the whole process. I like the sound of four or five guys playing in a room with the tape rolling. That’s the goal. I think it sounds more “live” that way, more rock ’n’ roll.

How do you approach songwriting? Music first, words first or some combination? Where do you find inspiration?

Inspiration comes from everywhere and anywhere. I love writing songs. Music first? Yes. Words first? Yes. Combinations? Yes. But none of it matters. The question is, is the song any good? Is it great? I like good songs, I like great songs, I like throwaway songs with charm. It’s fun and frustrating and meaningless, then in one moment, it all makes sense and the song is just sitting there with a bow on it and you have a new toy. The next day you either toss it out, or smile. Then you look at the next blank sheet of paper for a while.

I go through phases when I work really hard at (songwriting) and times when I don’t. I usually have the next record written way before I need to.  I’m planning my next record now. I have a bunch of songs ready, I just have to pick and choose which ones I’m going to record and write a few more.

A lot of the songs on Eden are about being lost and looking for a love that you may never find. Are they autobiographical?

When William S. Burroughs was asked how much of his work was autobiographical, he said: “Everything and nothing.” I like that answer. It’s never all me, but never none of me. I lost my house while I was working on the album, so I’d been “kicked out.” Most of us have felt lost or alone at some point in our lives. I’m kind of a loner, but I can be really outgoing also. When I find a friend, I am very loyal. 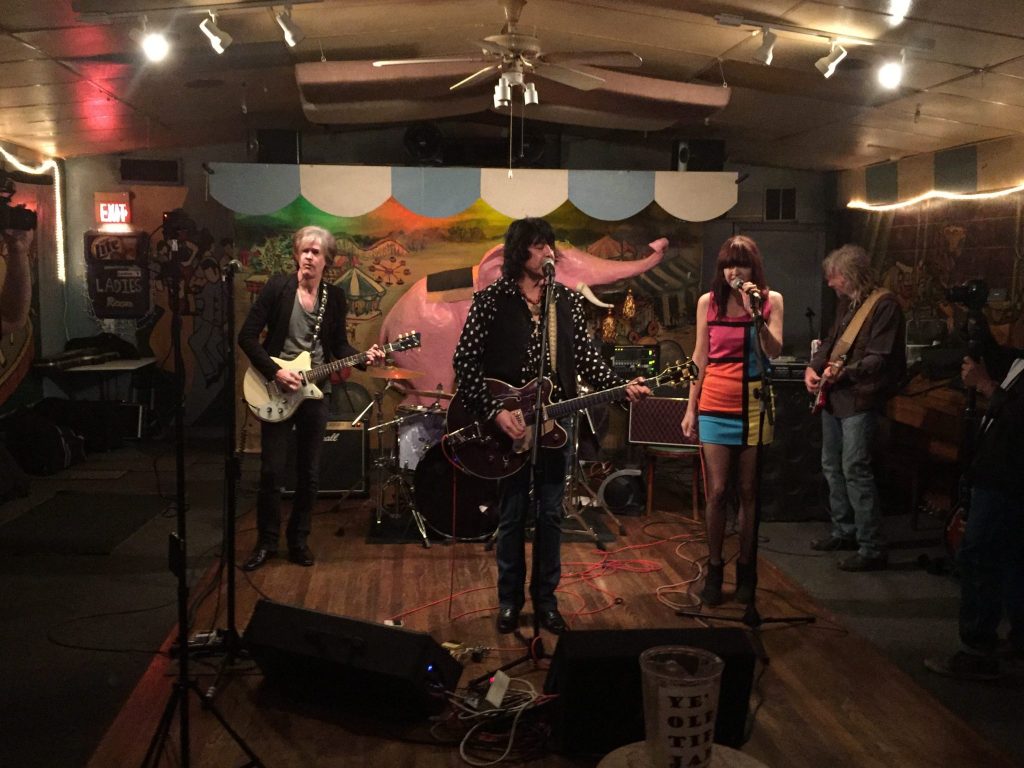