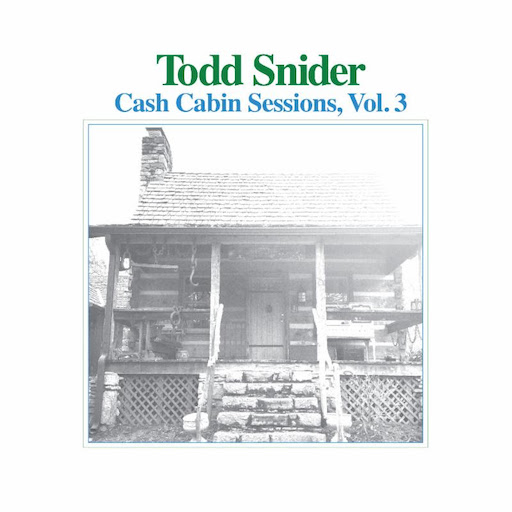 In tales that may or may not have been true in his pleasantly rambling, comically engrossing 2014 autobiography I Never Met A Story I Didn’t Like, Todd Snider offhandedly boasts of coasting to success in everything from high school football to celebrity golf tournaments because, unlike some of those self-serious alpha jocks and the almost-there dudes who aspire to be that, he realized that that shit was easy. Such a just-wingin’-it, breeziness-driven approach to achievement probably doesn’t apply everywhere — perhaps our heart surgeons and civil engineers should remain driven by craft and meticulousness — but whether or not Snider’s short-lived athletic exploits went as well as he implied, his awesomely shambolic music career is out there for all of us to see and savor.

If you dig Snider in any form you can get, you might’ve been tided over by his recent full-band throwdowns under the Hard Working Americans banner, a self-confessed middle-aged stoner living out his jam-band fantasies on a handful of electrifying live and studio records (his last official solo release, 2016’s Eastside Bulldog, was similarly inclined). Then again, you might’ve worried that it worked a little too well, and your favorite barefooted acoustic-strumming wiseass might be gone for good. And, not that you were expecting an abundance of focus from one of modern music’s most committed jesters, but you might think he’d lost the thread a bit after the mid-2000s one-two punch of East Nashville Skyline and The Devil You Know, both among the near-undisputed highlights of modern Americana music. And you get to the point where you’re overthinking this more than Snider himself, and the decade-plus of live records and EPs and Jerry Jeff covers and jam bands and kinda-messing-around albums have got you afloat but not quite flying, and … Snider lays a classic new album at your feet in 2019 with a bemused shrug as if to say “dude, what? I’ve been here all along.” He’s still confusing you by calling this Cash Cabin Sessions, Volume 3 (there are no other volumes, at least commercially available at this point) but he’s delivering.

Now, to be clear, classic Todd Snider is not like classic pretty-much-anyone-else. Modern Americana songwriting standard-bearer Jason Isbell is on hand for some marquee-friendly backing vocals, and while both men share a deftness at both social commentary and relatable human-condition balladry, the contrast is striking. If Isbell represents the sort of clear-eyed discipline and professionalism of an NPR reporter on assignment, Snider’s more like the wild-eyed podcaster buzzed in his basement, spouting jokes, curses, warnings, and cracked asides with such off-the-cuff fluency that even the most sober of listeners need to rewind to keep up.  Despite never having claimed to be a multi-instrumentalist, Snider played pretty much every note of guitar, banjo, harmonica, mandolin and percussion you hear, with uncluttered emotional directness as a result. Ears perhaps still ringing from his most recent shed-friendly rock ’n’ roll throwdown with the HWA, Snider settles into the solo acoustic opener “Working on a Song,” elliptically summing up the whole arc of his career with such unhurried tenderness that it sounds like his heart just might break, shortly followed by the listener’s.

He’s bringing it all back home both lyrically and approach-wise, a songwriter who’s already outlived his own expectations looking back on those early aspirations, and if such nostalgia pervades the project it’s never quite that self-directed again. The follower, “Talking Reality Television Blues,” already a bit notorious because of an offhanded Donald Trump diss in the lyrics (and video), is nonetheless less of an attack and much more of an attempt to tie television in general into some kind of tragic cycle of modern pop-culture history with Trump alongside the Milton Berles and Michael Jacksons that weren’t quite what they originally seemed to be, either.  It’s hardly the saltiest or most profane number in the bunch: the rapid-fire blues wordplay on “A Timeless Response to Current Events” soon gives way to just crooning “ain’t that some bullshit?” jabbing at disingenuously selective patriotism, and the deceptively laid-back “Framed” takes swipes at the Bilderbergs and fluoridated water. Most striking is “Blues on Banjo,” where Snider switches instruments and gets a shot of wiry, feral energy out of the change, ranting against international financial conspirators and war profiteering before downshifting into an ironic “thoughts and prayers” chanty to catch his breath.

Seeing as how the titular Cash Cabin is Johnny Cash’s old recording studio and Snider posthumously borrowed one of the American music titan’s old Martin guitars on much of the album, history probably couldn’t help but seep in more than usual. “The Ghost of Johnny Cash” is spookily specific, a true story about Snider’s similarly iconic friend Loretta Lynn communing with the Man In Black’s spirit late at night outside the Cash Cabin. Cash’s old cohorts Elvis Presley and “Cowboy” Jack Clement get further immortalized (not that they needed it, but cool songs anyway) on “Watering Flowers in the Rain” and “Cowboy Jack Clement’s Waltz.”  Whether he’s nodding to history, railing at the present, or expressing something resembling hope for the future (like on the resilient “Just Like a Force of Nature”), Snider’s showing renewed commitment to something he’s always been in the higher tier of: making songs that are about something, gifted with some topicality and narrative momentum, spiked with emotions that he rarely wallows in but shares all the same. Snider’s songs aren’t replaceable or interchangeable, and neither is he, so it’s great to see him revisiting the gut-level (if off-center) songcraft that got everyone’s attention in the first place. — MIKE ETHAN MESSICK