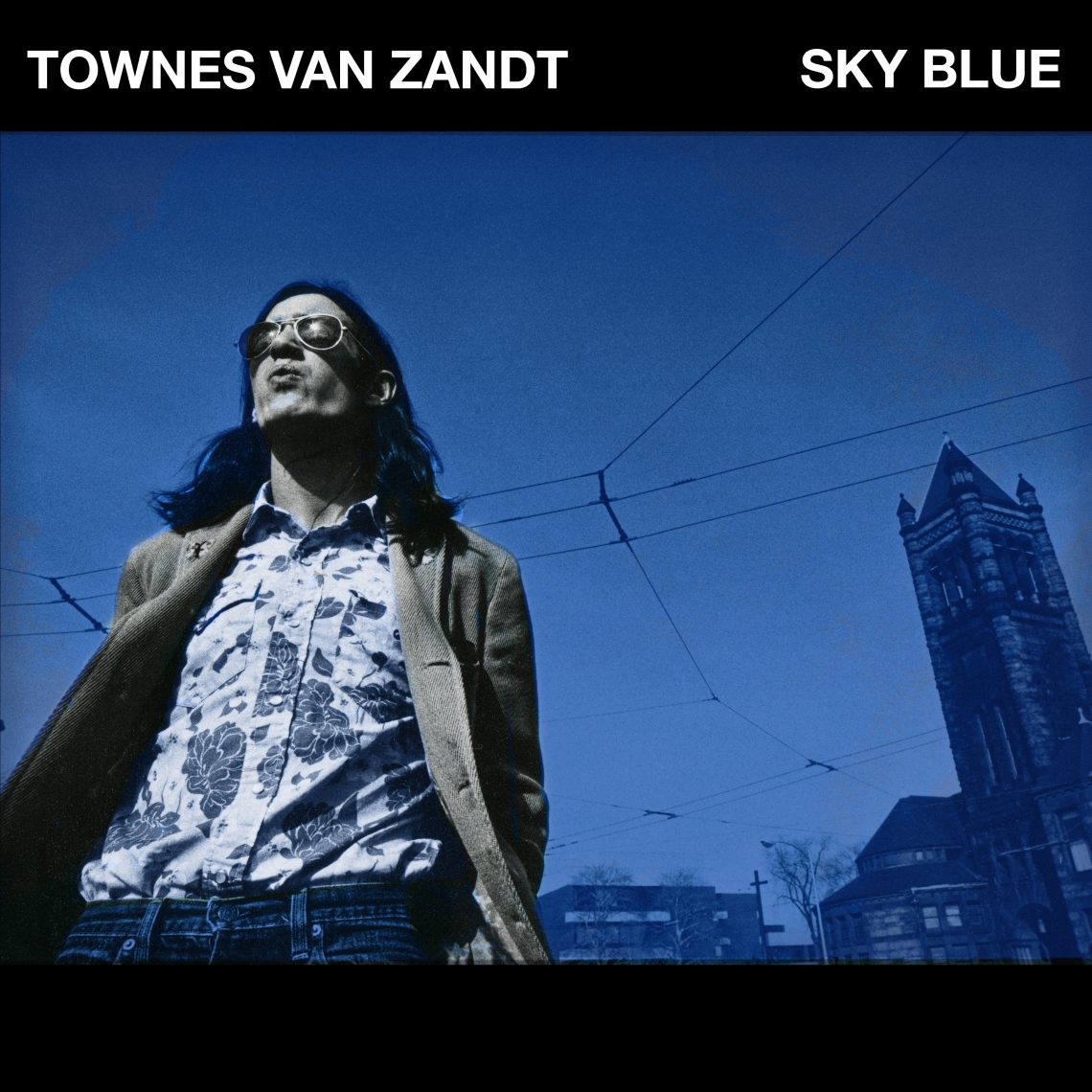 Considering the fact that he never sold many records when he was alive, it’s remarkable how many of Townes Van Zandt’s unofficial recordings — demos, live sets and the like — have made it to the marketplace. Fortunately for us, the melancholy Texas troubadour was such a profound and singular artist that even his relatively marginal material tends to pack an emotional punch that makes it worth hearing.

That’s definitely the case with Sky Blue, which collects 11 spare solo performances from an informal session Van Zandt cut in the home studio of friend Bill Hedgepeth in early 1973. Recorded while Van Zandt was racking up a remarkable run of now-classic LPs, Sky Blue is unencumbered by the treacly arrangements that his producers often attached to those albums. And with his voice and songs out front, it’s easier to appreciate Van Zandt’s sublime melodic gifts and vividly mournful phrasing.

Sky Blue‘s versions of such future TVZ standards as “Pancho and Lefty,” “Rex’s Blues” and “Snake Song” capture the artist at his most inspired, and their world-weary insight makes it hard to believe that he’d yet to turn 30 when these tracks were recorded. Elsewhere, bittersweet covers of tunes by Tom Paxton (“The Last Thing On My Mind”) and Richard Dobson (“Forever, For Always, For Certain)” demonstrate that Van Zandt’s eloquence extended beyond his own compositions, as do the haunting “Hills of Roane County” and “Blue Ridge Mountain Blues.”

But Sky Blue‘s biggest draw is a pair of previously unreleased Van Zandt originals, “All I Need” and the title number. The former opens the album on a playful, wistful note, while the latter embraces fatalism with a poignancy that few other artists can muster.

Its humble origins notwithstanding, Sky Blue embodies all of the qualities that made Townes Van Zandt a one-off visionary, and it can stand comfortably with any of his more formal releases. — SCOTT SCHINDER