As wonderful as it was to see and hear Adam Carroll recognized three years ago with his very own tribute album, Highway Prayer, one can’t help but imagine that the honor also came with a heaping side order of, well, let’s just call it the “yikes.”

“Hey, Adam — congratulations! Here’s James McMurtry, Hayes Carll, Slaid Cleaves, Terri Hendrix, Walt Wilkins, and a dozen more of your most esteemed peers, friends and personal heroes, all covering some of your best-loved songs from the first 16 years of your career. Now, no pressure or anything, but how are you gonna follow THAT?“

Granted, we could just be projecting our own anxieties on the poor guy here. But having never been the kind of artist inclined to carry around a big ego, even after years of collecting glowing comparisons to some of the most revered songwriters in Texas and Americana music, there was no way Carroll wasn’t going to be flat knocked on his ass by such a gesture: as he told us himself back in 2016, hearing that album-long love-fest for the first time definitely brought up “a lot of emotions.” But fortunately, more than anything else it ultimately just inspired him to hunker down and get right back to work. Because to hopelessly mangle a quote by Bob Dylan, he not busy being productive after they’ve gone and made a tribute record in your honor might as well be dead. 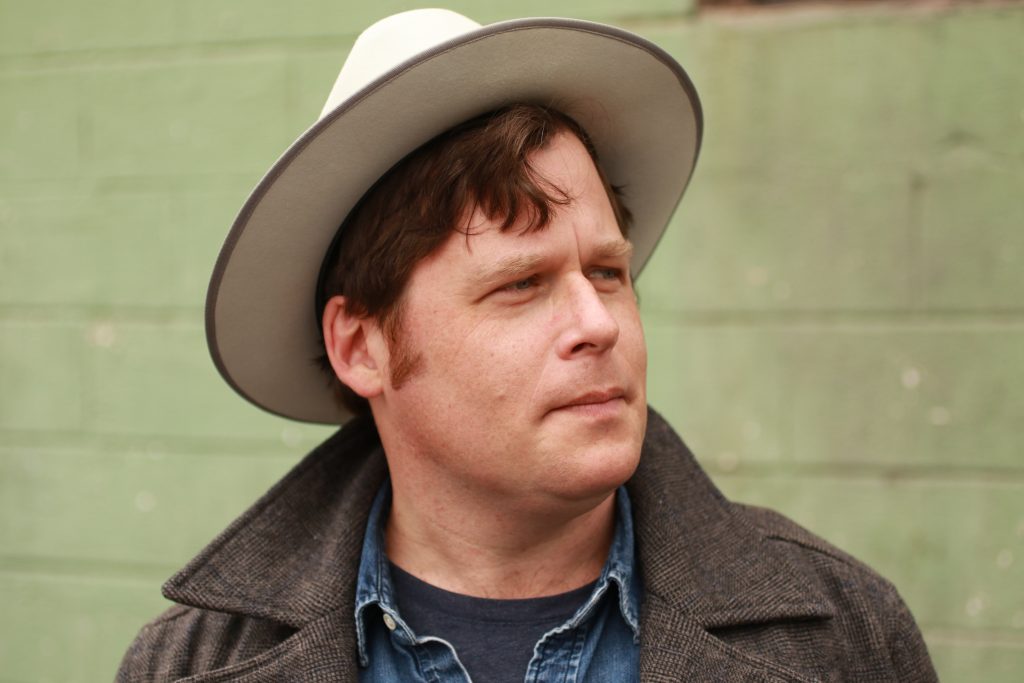 And boy did Carroll ever get busy. Although it’s been five years since his last album, 2014’s Let It Choose You (the longest he’s ever gone between records), he’s now flush with brand new songs and set to release not one but two brand new albums in 2019: I Walked in Them Shoes and Good Farmer. The latter, due out sometime before year’s end, is a duo project on which Adam shares equal billing with his wife and favorite Canadian import, fellow songwriter Chris Carroll. But first up is a new solo album, I Walked in Them Shoes, coming just around the corner on April 12 — with the opening title track premiering today on Lone Star Music.

According to Carroll, the years-in-the-writing song “Walked in Them Shoes” started its journey with a “California smile” (although happily not the gruesome curb-stomp variety) and a good long talk about hot burritos (the flying kind).

“I heard somebody use the term ‘California smile’ as a setting on an EQ, which gave me the idea for that line: ‘An Emmons steel guitar and a California smile,'” he explains via phone from the home he and his wife recently moved to Wimberley, Texas. “I showed it to my old friend Brian Rung one time when he was over visiting at our old house in San Marcos, and we started writing down a bunch of ideas. Somewhere in there Rung started telling me stories about Chris Hillman and the Byrds and how he was a big fan of those guys, which got me thinking about the Flying Burrito Brothers.

“We really didn’t get anywhere with it that day,” he continues, “but a couple of years later I showed what we had to Paul Cauthen, and he ended up just writing that chorus out of nowhere. I was like, ‘Wow, you blew it wide open!’ After that I went back and wrote the bridge and some other verses, but that chorus from Paul is what made the whole thing come together.”

Although eagle-eyed fans might spot a few subtle clues scattered here and there throughout the lyrics (namely in the line about how “Pete made the show get tighter,” a nod to the late pedal steel ace “Sneaky Pete” Kleinow), Carroll notes that the un-named band in the song “doesn’t necessarily have to be the Burrito Brothers — it could be any band.”

“To me what it’s really about is just trying to imagine what it would be like to be in that kind of situation those guys were in back then,” he explains. “I like to think of them as people like me or people I know or have played with, or like some of the really talened younger millennials in bands today, like Paul and David Whitbeck. Because even though the Burrito Brothers were this group of famous people and, you know, legendary — I imagine that we’ve all had some of the same experiences or shared some the same feelings that those guys had when they were kids, even though it was like 40 years ago.” 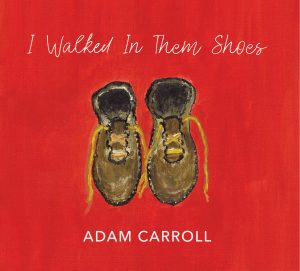 Adam Carroll’s “I Walked in Them Shoes” will be released April 12.

Actually, it was more like 50 years ago, but same difference. And coming up on just shy of halfway through his own 40s and 10 albums into an acclaimed career that has made him, if not quite Hot Burrito famous, certainly known and loved by many a fan of great Texas songwriting around the world, Carroll has amassed more than enough wisdom and hard-earned life and music experience to sing about walking in “them shoes” with first-hand authority. He’s also, much to own amazement, getting remarkably better at keeping his nerves together in the studio. So much so that he and producer Lloyd Maines, the only two players on I Walked in Them Shoes, were able to record all 10 tracks on the album in a single day. Then they went back in the very next day with his wife and finished Good Farmer just as quickly.

“We did them both in two days back in December, then finished up with all of our overdubs in the first part of January,” the usually humble-to-a-fault Carroll says with unmistakable pride. He’s quick to note that while knocking tracks out with that kind of well-oiled efficiency is of course nothing new for Maines, it was quite the milestone for him.

“In fact, we were talking about how on all the other records we’ve done together — especially my first one, South of Town, I could never use a click track. I just didn’t know how to, because I was too nervous, so Lloyd would always have to make some special arrangements for me, like sometimes he would beat out the rhythm on a shoebox or something. But he remarked that this time around, I was just right in there and able to really nail it.”

He laughs. “So, it took me awhile, but I guess I’ve really learned some shit since back then, but don’t usually notice it.”