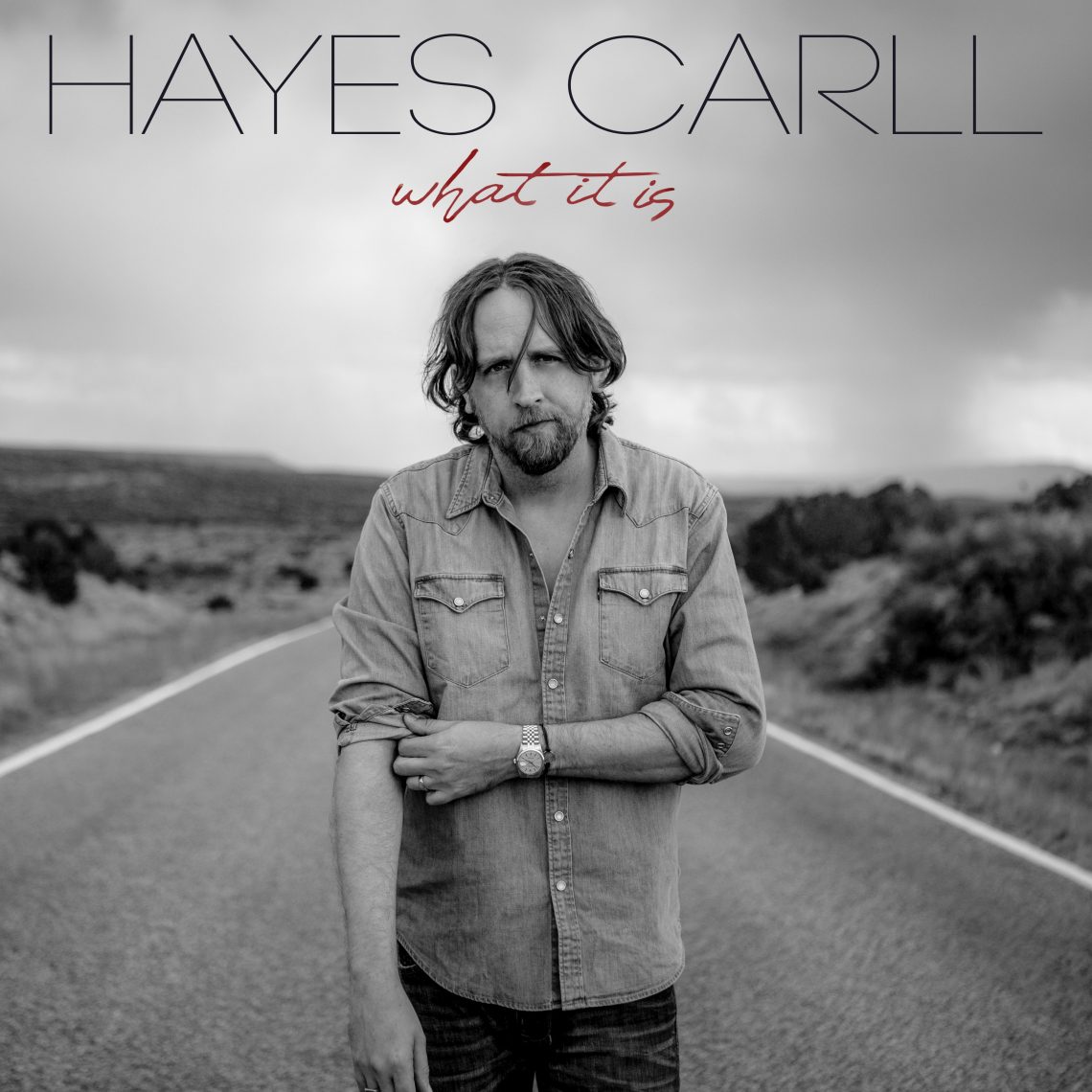 HAYES CARLL
What It Is
Dualtone

Hayes Carll has pulled off one of the nimblest balancing acts in modern music, especially on the country/roots side of things. His appeal and audience straddles the Texas/Red Dirt scene that was still at its hottest around the time of his 2002 debut and the less-localized Americana genre that’s picked up considerable steam over the past half-decade or so. There’s no stink of cynicism or calculation to it, just a natural progression for a gifted Houston-born songwriter with no shortage of homegrown twang who still can’t help but color outside the increasingly dancehall-friendly lines of modern Texas country.

Carll broke his reliable every-three-years release pace earlier this decade, releasing Lovers and Leavers five years after KMAG YOYO and further defying expectations by going decidedly downbeat. Discerning fans had long honored his knack for craft and subtlety, but he’d also snagged a ton of casual listeners with good-humored bangers like “Down the Road Tonight,” “She Left Me For Jesus,” “KMAG YOYO,” etc. There was nothing like that in the mix on Lovers, and if it was it would’ve felt shoehorned in. The album wasn’t without wit or spark, and there were plenty of lyrical slivers of hope and affection to keep it from being a slog, but it was a slow-burner of a record that asked a little more than some listeners were willing to give.

By striking contrast, the new What It Is comes out of the gate brisker and decidedly more extroverted, not sacrificing depth of feeling but revisiting the down-home catchiness that’s always set Carll apart from many of his fellow introspective troubadours. The lead-off track and first single, “None’ya,” is breezy and playful, laced with a sweetly creaky fiddle lead that’s the sonic equivalent of a crooked grin. Nothing too heavy, but nicely personalized by sly nods to romantic role play and turquoise-porch superstitions. And then the album proceeds to get even better.

Co-produced by Brad Jones and Carll’s fiancé/frequent cowriter Alison Moorer, What It Is plays to the songwriter’s strengths, fleshing out his musings with earthy Americana textures that hang together nicely over the course of the record with occasional drop-ins from everything from the aforementioned fiddle to R&B horns (“Things You Don’t Wanna Know”) to tumbling banjo (the title track) to subtly deployed strings (“Be There”). “Wild Pointy Finger” kicks off with what sounds like (but probably isn’t) a cocktail-lounge drum machine juxtaposed with some greasy blues harmonica. Unlike a lot of writerly albums, this would be a treat to listen to even if English wasn’t your language.

But if you do share Carll’s native tongue, there’s much to dig here, and much to dig into. Occasionally he goes more elliptical and impressionistic, such as on the sweeping “American Dream” (nice namecheck on the late Harry Dean Stanton there), but usually he’s among the most relatable and coherent of song-poets plying their trade nowadays. He doesn’t shy away from the modern sociopolitical turbulence: it’s not an album-length fixation, but it rears its head often. One of Carll’s strengths is being able to see more than one side of a story; most listeners probably recall his KMAG YOYO standout “Another Like You,” which suggested that political head-butting could actually be kind of playful and sexy instead of the dire childishness that’s gradually prevailed lately. Romance and social issues are more separate this time around, but his relative evenhandedness remains. The spooky “Fragile Men” might be tailored to get under the skin of various shades of alt-right creeps, but it also gets inside their heads a bit, digging into the fear and displacement at the heart of the anger. And it isn’t clear if “Wild Pointy Finger” is a first-person confessional or an in-character declaration a la Randy Newman, but either way it tackles the pointlessness and unkindness of blame games with the suggestion that folks of any political stripe can be guilty of them.  The we’re-all-in-this-together “Times Like These” doesn’t cut as deep but it flat-out rocks, and the reach-across-the-aisle sentiment is heartening.

That being said, as with most songwriters, Carll is even more adept at matters of the heart, unmoored from more timely concerns. “Jesus and Elvis” is about as specifically bittersweet as they come, a tale of a mother honoring her deceased soldier son by decorating her tavern with his most beloved touchstones. On “Be There” and the title track, romantic couplets tumble out with alternately mournful and hopeful grace, riding the subtle dynamics of the music and articulating sentiments that most have felt but not been able to say quite this well. It’s a gift that’s presented at its most unwrapped on the closing track, “I Will Stay,” little more than a hushed acoustic guitar with some sparse strings, and lines willing to admit that love isn’t always fresh or uncomplicated but has the potential to be steadfast and enduring. “Warm rain on the water/Lone star in the night/Brave dreams to hold on to, it will be all right,” Carll kindly intones. In a world where above-it-all sarcasm and ironic distance prevail too often, the sincerity of it all hits harder the quieter it gets. — MIKE ETHAN MESSICK

Next post LSM Song Premiere: "Walked in Them Shoes" by Adam Carroll