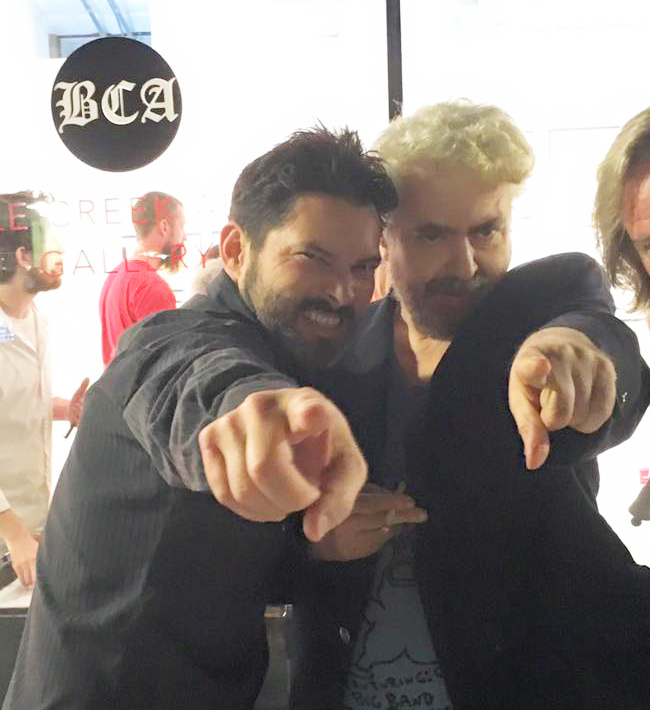 “Two,” corrected Anderson, a friend of Johnston’s going back to 1984; the crowd, packed sardine-tight into the tiny room, laughed as he reminded Johnston that they still had to both “Don’t Be Scared” and “Rock This Town.” Johnston adjusted his glasses, rifled through his papers on the music stand in front of him, and nodded. “Oh, that’s right,” he admitted, not unhappily. “OK, we’ve got two!”

The band smiled and launched into the next song, the audience dead quiet and leaning in to hear every word that the cult hero outsider artist and songwriter mumble-sang into his mic. Johnston’s distinctive child-like voice was as cracked and imperfect as ever, but also every bit as expressive, colorful and disarmingly unfiltered as his 33 original drawings of Captain America, humanoid ducks, dismembered torsos and stalk-eyed whatsits hung tastefully around the room. Ditto Johnston’s request, on-mic, for another Coca-Cola, before the band had even finished. But refueled by his fresh soda fix like Popeye on spinach, he then proceeded to sing his heart out all the way through the nearly six-minute closer, whelping each chorus of “Gonna rock! Gonna rock this town tonight!” with escalating conviction and palpable glee as the band gathered steam and propulsion behind him.

“That just made my whole SXSW,” beamed one happy attendee after the 10-minute set as Johnston shuffled out the door to the courtyard. The night was far from over, though; for the better part of the next three hours, a constant stream of people squeezed in and out of the gallery to study the framed artwork and watch director Gabriel Sunday’s 15-minute psychedelic short film, Hi, How Are You, Daniel Johnston?, which screened on a continuous loop on a wall-mounted flatscreen. Estimated total headcount for the night? Right around 400. Not bad at all for an event pulled together in less than two weeks.

“The official grand opening of the gallery was originally supposed to be April 22, but I tried to rush this show to accommodate the filmmaker so he could show the film in time for the beginning of SXSW,” explains Allen the day after, still buzzing from his opening night rush. 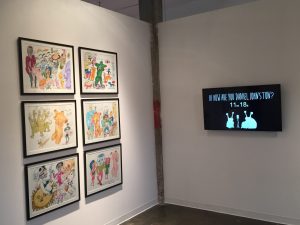 “I literally had 10 days to pull it together,” he continues with a laugh, “but amazingly, with the support of a lot of people, we just put it out there and it ended up being a really successful opening turnout. And it had such a good energy about it, just a real old Austin vibe … Everybody was in the same state of mind, just celebrating Daniel, celebrating friends, celebrating the gallery, everything. And Daniel was in great spirits and very happy. His sister Marjory and the people around him who are really close to him said he was giddy, which made me feel really good. He got there early and was there all night, chatting it up with all the ladies! I think he had a damn good time.”

He’ll be back soon, too. Johnston, who lives in Waller, Texas, is expected to return for the still scheduled official gallery opening on April 22; the exhibit, titled Hi, How Are You, will run through the end of April. Allen’s next scheduled show, opening July 15, will spotlight West Texas artist Boyd Elder, featuring some of his original painted skulls used for the covers of the Eagles’ albums One of These Nights and Their Greatest Hits. 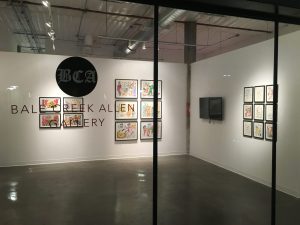 After that, Allen says he hopes to use his new space — located in Building 2 (right across from the coffee shop) of East Austin’s sprawling Canopy art and studio complex at 916 Springdale Road — for all manner of “high level, thought provoking creative projects,” ranging from visual art to theater, performance art, poetry readings, and concerts. He expects that some of these may find him utilizing the Canopy’s expansive courtyards and other common spaces as needed, and notes that the non-profit organization Big Medium has also “generously offered” him the use of their space next to his for bigger shows.

At the top of Allen’s list of priorities, though, is settling into his new digs and getting back to work on his own art. “This is my studio first and foremost,” he says, which is why he deliberately afforded the front gallery (sectioned off from the rest of the building by two walls) a mere 400 out of his space’s total 2000 square-feet. Part of the remaining area will be kept as a side gallery for some of his own pieces, with plenty of room left in the back for an office and work space to dream-up and work on new projects — or, after hours when his neighbors in the complex have all gone home, as a rehearsal room to bang the hell out of his drums. On the day after the Johnston opening, Allen was doing just that, preparing for Monday night’s “Legends & Legacies” show at Austin’s Strange Brew (at which he was to play with both his brother, keyboard/organ/accordion player Bukka Allen, and Savannah Welch of the Trishas).

Although he doesn’t make his living as a full-time musician like his brother, Bale is no weekend amateur behind the drum kit. Back in the early ’90s, he played in the Austin punk band Clown Meat with Will Sexton, Charlie Robison(!) and future C3 Presents talent booker Charles Attal. He’s also been known to play the occasional gig with his father, the legendary Texas songwriter (and widely acclaimed visual artist) Terry Allen, and has written and demoed enough songs over the years that he reckons it might be time to finally put together a record of his own at some point not too far down the line.

“Music has always been there, and it’s a big part of it,” he says, “it” being his the broad scope of his life’s work as an artist. “It’s all connected, and it’s nice having all those different outlets.” 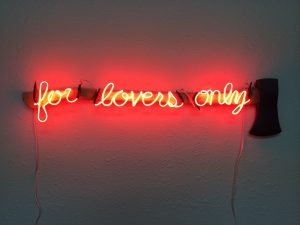 “For Lovers Only” by Bale Creek Allen

In that regard, Allen is very much a chip off the old block; like his father, he’s never confined himself to one medium, even as a visual artist. The handful of pieces currently on display in his side gallery — and the many more scattered about his back office — give a pretty good representation of his anything-goes creative wheelhouse. His work ranges from the highly conceptual and thematic (like Empire, a 200-piece, multi-medium study on war conceived during the Bush administration) to the unabashedly “simple” … at least in theory, if not in execution. Take, for example, his signature bronze tumbleweeds. To hear Allen explain how he made those is to really gain a finer appreciation for how much work and painstaking attention to detail it can actually take to turn common found objects into genuine art.

“How that came about was initially as clear and simple as, I’m driving down the road and a tumbleweed rolls across my grill in Albuquerque, and I got out, picked it up, and just admired how, sculpturally, it was such a fine, perfect object,” Allen recalls. “I had just met a guy who’d been using a spray gun to cover plastic toys and shit with precious metals, and I thought, ‘Damn, that’d be really cool to spray one these.’ But I contacted him and he said no way, that the pressure from the gun would just destroy the tumbleweed. After that I started asking these foundry guys if they could cast it in bronze, and they were all like, ‘Dude, I’m not going to do that.’ And then I got a bid as high as $20 grand, just to cast one of these. 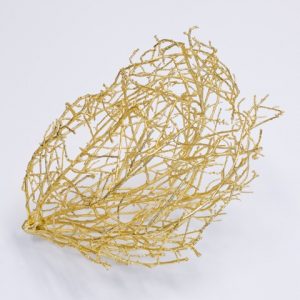 “Finally, I found this guy who used to work at that same foundry who’d opened up his own shop, and he said, ‘Let’s do it!’ So I took him a bunch of tumbleweeds that I picked up off the side of the road, and we made molds around them. Each tumbleweed is 100-percent bronze and there’s no two alike. What I do is, I basically take a tumbleweed, deconstruct it completely, and jewel-cast every little branch, the same way you make fine jewelry. And then I reconstruct the tumbleweed, by hand, welding every branch back together.”

The artist can’t help but grin. “People still think I just dip them or something.”