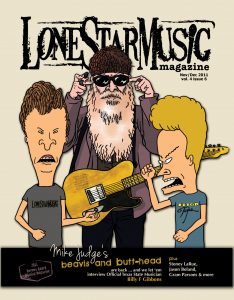 As soon as we knew that we’d be profiling Mike Judge for this issue, we all put our heads together to decide on a Lone Star Music legend worthy of sharing the cover with Beavis and Butt-head. There were a few different names knocked around, but in the end, nobody seemed a better fit than the man recently announced as the official Texas State Musician for 2012: Billy F Gibbons.

As it turns out, Gibbons’ world famous lil’ ol’ band from Houton, ZZ Top, has no small amount of history with not only Beavis and Butt-head (who were once featured in one of the band’s tour videos), but also with Judge’s King of the Hill family — what with Hank and Dusty Hill being first cousins and all. And, like Beavis and Butt-head, ZZ Top is gearing up for what looks to be a big-time comeback in the new year, with the recently released ZZ Top: A Tribute from Friends setting the stage for the long-overdue unveiling of a brand new Top album produced by none other than Rick “Midas Touch” Rubin.

Most important of all, though, we just picked Gibbons because he’s like, cool. So cool, in fact, that he even agreed to getting on the phone for an exclusive interview with Beavis and Butt-head themselves. Our thanks to Gibbons for being such a good sport and playing along, and to Judge for taking time out of his own busy schedule to wrestle Beavis and Butt-head into doing a little reporting work. Well … more or less. — Richard Skanse, Editor 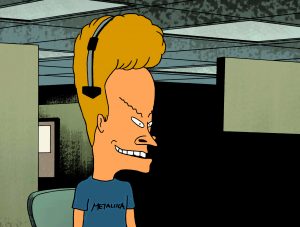 Butt-head: So, these guys at LoneStarMusic wanted us to like, interview you or something.

Billy Gibbons: Yeah! Let me start by asking you guys, how have you been? It’s been a while since we’ve crossed paths. We’ve been beating the trails so much, I’ve got some longstanding associates and friends asking, “You still hanging with us on the planet? You never call or write!”

Billy Gibbons: That’s what I’ve heard! I’m so excited to be able to talk to you guys again, knowing that the Double B will soon return to MTV!

Billy Gibbons: I know who you guys are, bunghole. But enough about you. Let’s move on from the Double B to the end of the alphabet and talk about the Double Z!

Butt-head: Settle down, Beavis. Uh, OK. So, they gave us some questions, and I guess we’re supposed to ask about some kind of tribute album or something? 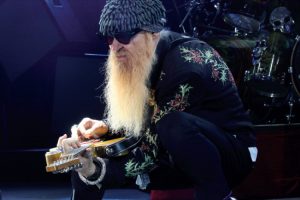 Billy Gibbons: That’s right. We’ve been admiring all of our admirers who have stepped forward to give their interpretation of different ZZ Top songs. And one song that I know will interest you guys is, we’ve got the lovely Grace Potter singing the praises of “Tush.”

Billy Gibbons: You’re right, they don’t. But Grace hits all the right notes. She turned a guy song into a great gal song.

Billy Gibbons: But let’s not leave everyone else out. We’ve also got Nickelback on here. They decided to try their hand with “Legs.”

Butt-head: “Legs” is a cool song. But it would have been cooler if it had been called “Butts.”

Beavis: Yeah! “She’s got butts! And she knows how to use them!” A chick with two butts would rule!

Butt-head: Yeah, then it would be the second best song ever written about butts.

Billy: Well we don’t have “Butts,” but that almost rhymes with “Bus,” like “Waiting for the Bus,” which Daughtry recorded on the tribute album. Daughtry did “Waitin’ for the Bus” and “Jesus Just Left Chicago.”

Beavis: Daughtry? Is that that guy from the Who?

Butt-head: Who from the what?

Beavis: Oh right. Daughtry. Like Gene Autry. Is he on there?

Billy Gibbons: No, but since we’re talking about Gene, we can go back to that “home on the range,” because Jamey Johnson did a bang-up version of “La Grange.” 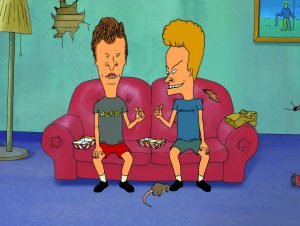 Butt-head: That’s cool, I guess. You know, we went to La Grange once, and Beavis asked a cop where the whorehouse was and got arrested. That was cool.

Beavis: Yeah! Where is the whorehouse?

Billy Gibbons: Well, good question. I can’t really answer that, but we know it’s not near the Texas State Capitol. I’ve been tip-toeing a bit, because I just accepted a gracious offer from the good state of Texas to become the Texas State Musician for 2012.

Butt-head: Whoa, that’s cool.  Like, what does an official Texas State Musician do?

Beavis: Yeah. Does that mean you get to carry a gun?

Billy Gibbons: You mean another one?

Beavis: Yeah! Or can you go around kicking people’s asses, like that Walker Texas Ranger guy? Or like, arrest and execute musicians that suck?

Butt-head: Yeah, like Vanilla Ice! He’s from Dallas, isn’t he? You could be like, “By the power invested me as Texas State Musician, I charge you, Vanilla Ice, guilty of sucking.”

Billy Gibbons: I’m not sure, but I think that’s been done already. I’m pretty sure Vanilla Ice’s career was iced a while back. In fact, I think you guys did that, didn’t you?

Butt-head: Oh yeah. I forgot. Huh huh. That was cool. So, are we like, done now?

Beavis: No way! We’re supposed to ask him about the new ZZ Top album.

Butt-head: Oh, right. So, we’ve been waiting on your new ZZ Top record. What’s going on?

Billy Gibbons: Well, the good news is that we’re working with Rick Rubin, and the better news is that he likes to take a long time, so we’ve had an extended vacation. But we’ll soon be beating the streets and making noise.

Beavis: Yes! Rick Rubin rules! He parties with Slayer and the Beastie Boys and Metallica. And that Johnny Cash dude, too!

Billy Gibbons: That’s right. We’re buttoning it up at the end of November, so I would hope it would be out no later than springtime next year. Sometime around April or May, I’d say.

Butt-head: Cool. Are you going to be making any videos for it?

Beavis: Yeah! ZZ Top videos are cool. Only how come in all your videos, you always give your car to some wuss so he can score with chicks, and then he drives away with the chicks and you guys don’t get any?

Butt-head: Yeah. You guys always get like, stranded in the desert. Hey, maybe for your new album, you could make a video where you give us the keys to your car, and then we could score.

Beavis: Yeah! Yeah! That would rule!

Billy Gibbons: Maybe. But I think you’re going to need a little more help than that. If you guys really want to score with the ladies, the first thing you’ve got to do is drive them to a Mexican restaurant.

Beavis: You mean for tacos and nachos?

Billy Gibbons: No, my brother. I mean for hot sauce. Hot sauce helps in a lot of areas!

Seen on the Hill: A roll call of King of the Hill‘s musical cameos