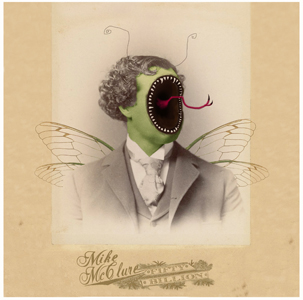 THE DAMN QUAILS
Down the Hatch
598 Recordings

Up the road and down a ways, tucked away in a small basement, sits Boohatch Studios, where madman Mike McClure is churning out music at a break-neck pace. It has been a hectic year for McClure, who has long been one of the most prolific players on the Texas/Red Dirt music scene. Most recently, he has been busy producing projects for other artists such as Tahlequah’s Turnpike Troubadours while also putting together a short run of reunion shows with his former band mates, the Great Divide. And just like clockwork comes another fine offering from the Mike McClure Band, Fifty Billion — almost exactly one year after Halfway Out of the Woods. 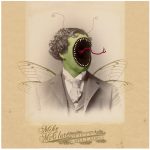 While Fifty Billion may offer a slight deviation from his previous releases, there is plenty of that classic “McClure” sound to be found here — just witness the gritty guitar licks on “Black Diamond.” But what really sets this album apart from McClure’s earlier efforts is the way he seems to have been inspired by the other acts he’s worked with lately. This is clearly evident with “Horse Shoe,” a song about days on the road that could just as easily fit on a Turnpike Troubadours album. The same can be said about “Old Crow,” which fits the profile of his production work with Oklahoma’s Damn Quails. The take-away lesson here is that sometimes the best teachers are the ones that learn from their students, and McClure is savvy enough to take notes and continue to evolve as an artist. 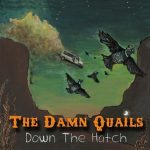 Speaking of the Damn Quails, the up and coming covey of musicians from Norman are really ruffling a lot feathers since the release of their debut, Down the Hatch. Whether a folk-influenced jam band or a jam-band-influenced folk outfit, the Quails offer up a compelling blend of top-notch songwriting and superb vocals and harmonies by co-frontmen Bryon White and Gabriel Marshall. Bring in studio guru McClure, co-producer Joe Hardy and the “Quail Philharmonic” (as they’ve named their revolving cast of backing musicians), and Down the Hatch offers up a unique and compelling sound that heralds the arrival of an outfit truly worth keeping an eye on. — SHANE JONES