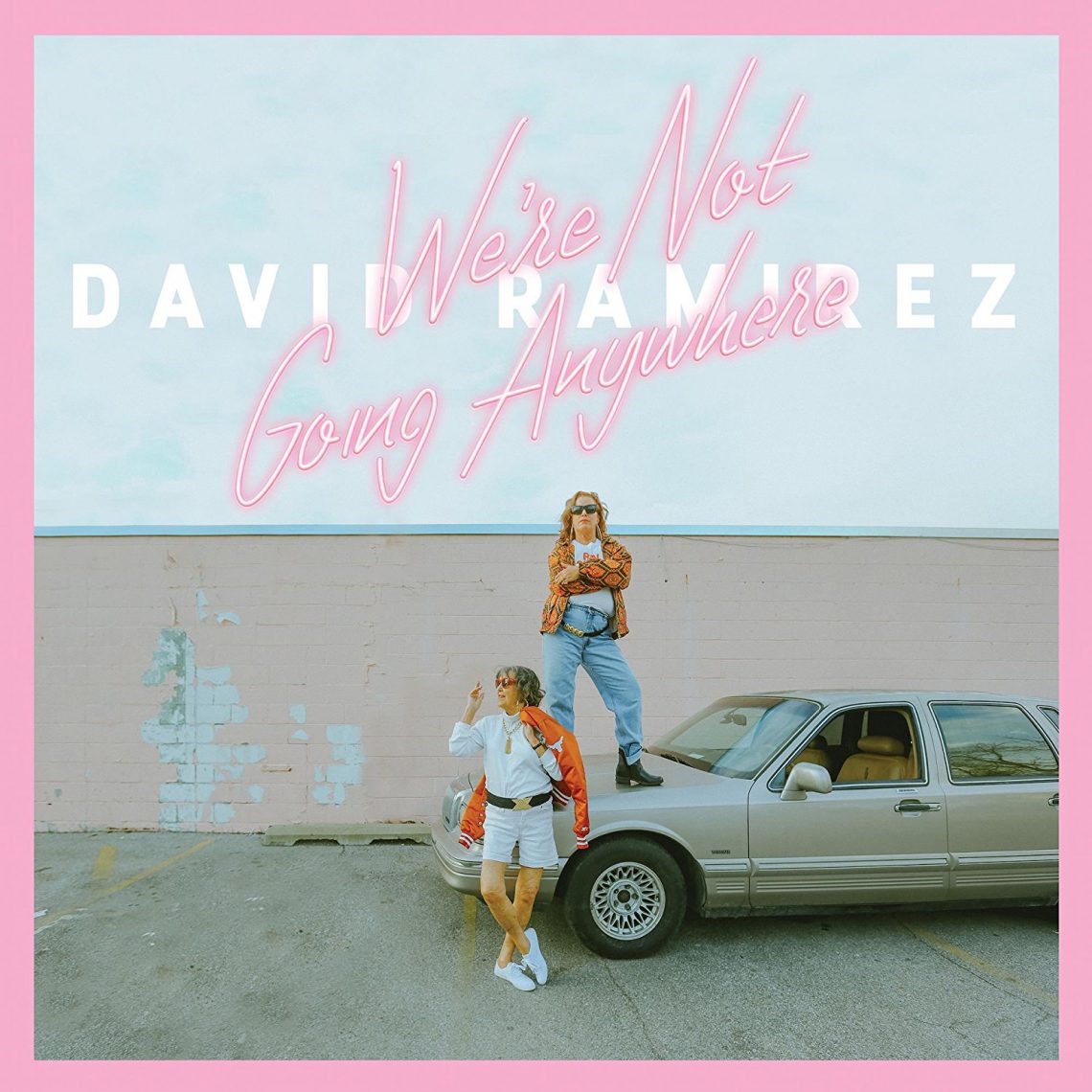 I came pretty late to the buzz-wagon that greeted David Ramirez’s last album upon its release two years — late as in, I actually never even got around to listening to 2015’s Fables until I absolutely had to, after listening to his new one, We’re Not Going Anywhere, three times in a row. What can I say? Sometimes even when it’s your damn job to try and keep up with the Americana and Texas music scenes, some of the brightest lights slip by you. Mind, it’s not like Fables missed my radar entirely; the album netted the Austin-based Ramirez a fair number of glowing reviews (from NPR to one in our own pages, courtesy of another writer) and even ended up on a handful of year-end Top-10 lists. But apparently having already had my fill of broody singer-songwriters plumbing the “depths of pain, sorrow and suffering” that year, I figured we had it sufficiently covered and moved on.

I was wrong, of course, and readily concede that Fables warranted my attention long before now. But hold all those told-you-so’s, because as good as Ramirez’s last album was, this one’s even better. Recorded way up in rural Maine with producer Sam Kassirer (Josh Ritter, Lake Street Dive), We’re Not Going Anywhere trades the more straightforward Americana arrangements of its predecessor for a reverb-soaked bed of atmospheric synths, organ and pedal steel, casting much of the album in disquieting blue shades of gloaming that seemingly belies its hot pink and neon-lettered cover art. Much of the despair he mines this time around is unabashedly socio-political: “Where were you when the fear settled in?” Ramirez asks from the outset of the opening “Twins,” a chilling reflection on 9/11 haunted more by the aftershock and long-range ramifications on a country still broken in the present than the immediate horrors of the day itself. “Where were you when you stopped paying attention?” he sings later on, ending with a repeated refrain of “goodbye, America.” It’s a theme he returns to more vehemently in “Stone Age,” a smoldering, jagged screed about the state of the nation in the age of “MAGA”: “Gimme your tired, your poor, your masses yearning to be free … all the wretched refuse of your teeming shore/and I’ll blow out their flame and show them the goddamn door.” But it’s not just the xenophobes and would-be-wall-builders eating at him; he aims just as much spleen at those content to rage against oppression “on an Internet page,” explicitly calling out a generation (his own) crippled by ennui: “Our fathers were drinkers because we shipped them off to war/and I’m drunk on a Tuesday, ‘cuz I’m so fucking bored.”

Drinking on Tuesdays (or pretty much any day) is a theme Ramirez addresses on three songs in a row here, always with a implied chaser shot of self-loathing. Two tracks before “Stone Age,” he recounts the aimless day of a self-employed (if employed at all) unattached man with nothing but “Time” to kill, whiling away the lonely hours of a life lived sans spouse, kids, or even regular officemates — a plight no doubt all-too-familiar to many a fellow songwriter, musician, or freelancer. In “Good Heart,” he sings about money problems leading to drinking problems leading to sleeping-all-day problems, then repels a would-be fixer/lover attempting in vain to win him over with misguided good intentions and a deluded sense of understanding: “Don’t say I’ve got a ‘good heart’/while everything’s falling apart,” he chastises, insisting, “There’s nothing you can do to right all my wrongs.”

That heart’s not made of stone, though; elsewhere, he pines with genuine affection over love both lost (“Watching From a Distance,” “Villain”) and found, even when the latter’s too damn far away for physical human touch (“Telephone Lovers”). And it turns out the pink border and bright lettering on the cover isn’t a ruse, either. As Ramirez explains in the credits, the two joyfully rebellious-looking women on the cover are a pair of mother and daughter cancer survivors: totemic inspirations for an artist bowed by all manner of dread and doubt, but a long ways yet from willing to give up the fight. In the album-closing de facto title track, he even posits a defiant stand beyond the grave: “You can bury me in the ground/or spread my ashes, I don’t care,” he sings over a stately, slow-building funeral dirge fit for Leonard Cohen, “I’m not going anywhere.” — RICHARD SKANSE