In Memoriam: Don Williams, May 27, 1939-Sept. 8, 2017 With a voice like a soft southern wind and the soothing demeanor of a true gentleman, this "Good Ole Boy" from Floydada proved you didn't have to be an outlaw to make a Texas-sized impression on the heart of country music 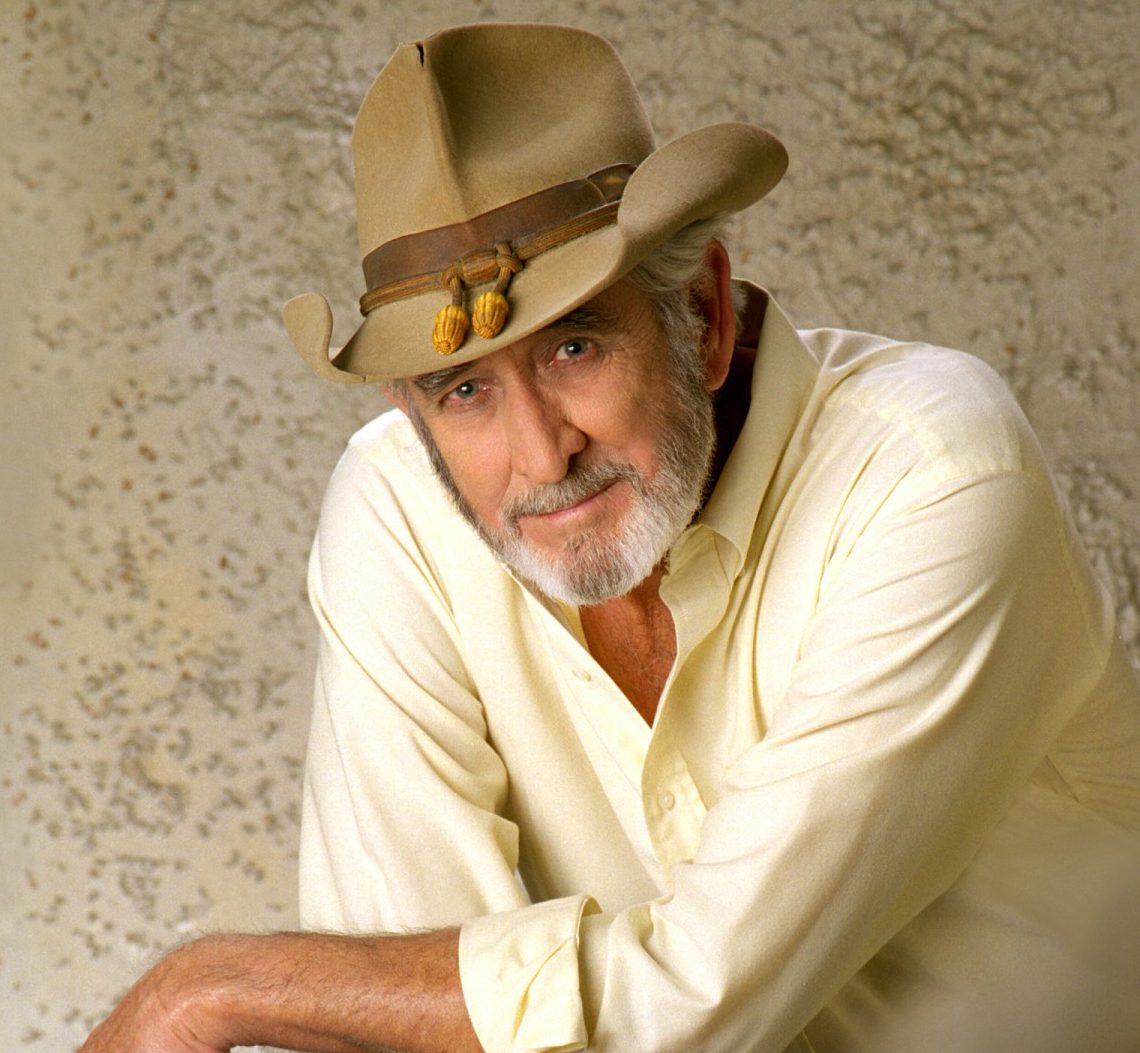 Revered country music singer, songwriter, and performer Don Williams departed this world on Sept. 8 at the age of 78. A native of the tiny Texas town of Floydada, a dot in the Llano Estacado region, Williams was inducted into the Country Music Hall of Fame seven years ago in honor of decades of warm, distinctive hits that millions of loyal listeners (and dozens of fellow artists) would affirm still hold up remarkably well. From 1974 through 1991, Williams charted a staggering 42 Top 10 country singles, a catalog as deep and rich as any country artist of his generation.

Just as notably, he did it all with a sort of quiet humility in a business that often rewards the flashy and celebrates the outspoken, where hellraisers are cheered and encouraged onstage and (usually) quietly forgiven offstage. Don Williams wasn’t one to kick out the footlights or wave the rebel flag (literal or figurative) when quietly taking a seat mid-stage and captivating audiences with his sturdy baritone vocals and impeccable song selections played so well to his strengths. At a time when any country singer worth his salt needed a nickname, Williams got tagged as “the Gentle Giant.” At a sturdy 6’1”, he wasn’t exactly an NBA prospect; grading on a musician’s curve, though, he cut a pretty imposing figure. But just as the “gentle” part spoke as much to his musical subtlety as his good nature, with time the “giant” part was just as relevant to his success and durability as his stature.

Perhaps unsurprisingly, given his usual warm acoustic style and stool-and-a-guitar approach to performing, Williams first broke into music as a Texas folksinger in a band called the Pozo Seco Singers (named for Spanish slang for a dry oil well) in the mid-60s. Though they’re mostly remembered nowadays (if at all) as a launch pad for Williams’ long and fertile mainstream country music career, they were successful enough at the time to tour nationally and make some minor inroads into the pop charts. Despite the switch to mainstream country at the dawn of the 1970s, the folkie background informed Williams’ music through the decades, and perhaps warmed him to the idea of rolling the dice on recording tunes by eventual folk songwriting icons like John Prine (“Love is on a Roll”) and Townes Van Zandt (“If I Needed You”).

Overall, though, Williams was a hitmaking goldmine for the Nashville songwriters who played to his strengths, with collaborators like Bob McDill and Wayland Holyfield sharing in his prosperity and contributing greatly to his body of work. Williams wasn’t incapable of writing his own material; for evidence, hear “Lay Down Beside Me” or the timeless “Till the Rivers All Run Dry,” which was even covered by British rock legends Pete Townshend and Ronnie Lane on their 1977 album, Rough Mix. But given his reliable recording pace, there was plenty of credit to go around. Much of Williams’ material was warm, graceful, and unobtrusive, occasionally threatening to fade into the background but always rewarding the active listener. There’s plenty of places to look at (or, better, listen to) a long list of his hits, but the titles alone are enough to make a classic country fan abuzz with nostalgia. “Lord I Hope This Day Is Good,” “If Hollywood Don’t Need You,” “Say It Again,” “Tulsa Time,” “Some Broken Hearts Never Mend,” “I Believe in You” … Williams had more classics than most singers have singles, and had more hits than most singers have songs.

His last Top 10 hit came in 1991, appropriately called “Lord Have Mercy on a Country Boy” and appropriately penned by Bob McDill. Shortly thereafter, the revolution brought about by Garth Brooks and his then-young peers knocked pretty much every legacy artist not named George Strait off the charts, but by then Williams’ impact was as complete as anyone’s could hope to be. A lot of fans may remember his first “farewell tour” back in 2006; thankfully, he wasn’t really done. There were dozens if not hundreds of more gigs to come, and several warm and winning albums of original material in his extended victory lap.

As with most who are not only blessed with talent and success but also longevity, Williams didn’t necessarily have one “signature” song that towered above the rest. But if one had to choose a starting point for those who want to discover (or reacquaint themselves with) his music, 1980’s “Good Ole Boys Like Me” might well be it. One of, if not the greatest song Williams ever committed to record — and certainly on the shortlist for greatest country songs of all time — the McDill (him again) composition captures a childhood and a coming-of-age departure from a small town (maybe not unlike Floydada) better than any pair of vocalist-songwriter compadres could ever hope to. Shot through with detail and nostalgia, the last verse sees the narrator make the tough choice to split town without really cutting ties. Daddy’s a good and loving guy but could probably stand to lay off the gin, the southern wind through the live oak trees is nice until it’s not so soft anymore, bourbon and speed are less a good time than a dead end, and you can “learn to talk like the man on the six o’clock news” and get out of your little hometown without dishonoring your memories. Hank Williams and Tennessee Williams will always be there for you, and so will Don Williams. The Gentle Giant belongs to the ages now.