Dear Al,
I have been playing at open mics from San Marcos to San Antonio. Some of them have tip jars, and while some of the better performers play, money gets put into the jar. Last month, a girl put money in the jar while I was playing. This month, when I saw her at the same open mic, she asked why I hadn’t called her. Apparently, she had put a note on the bill with her phone number!

I have no idea where the money went, but what is proper etiquette for splitting a tip jar, with multiple performers? Some are better than others, and I missed a date!

Thanks for sharing your wisdom.
— Harris from Hunter

Dear Harris,
I’m glad you brought this up. Tips that go into a tip jar at an open mic belong to the individual hosting the show. After all, the host is responsible for putting the whole thing together and is in charge of the sound system, of keeping the audience entertained, and of devoting a butt-load of time to the show every week.

It’s a crying shame you missed a date, though. If the host saw the note on the bill, he (or she) should have given you the information — and the bill (in this case). 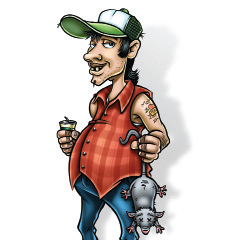 Dear Paul,
I’m sure you know that I prefer fried squirrel. My family loves to sit down to a big platter of squirrel fried to perfection, with a little cream gravy on the side. But since I’ve developed some health problems, I’ve had to slow down on most of the fried foods I enjoy so much. Squirrel is great cooked in a big old pot of dumplings, especially this time of year, and might be a little healthier than enjoying it fried. Paul, you’ve gone and made me hungry!

Dear Al,
What musicians have influenced you?
— Jane Hill

Dear Jane,
Many talented musicians have played a role in the development of my songs. The most influential were Dolly Parton, the legendary Jimmie Rogers, and my cousin, Janine.

Dear Al,
Fair warning: Right after I toot your horn here and butter you up with a (sincere) compliment, I’ve gotta bone to pick with you. Your music is like joy in a bottle. My wife and I have played your CDs (and even your tapes — we’re geezers who go way back!) to death, and our kids have all grown and left the nest diehard Al Barlow fans, too. But unless I blanked out and missed one, you haven’t bottled a batch of that good stuff since — yikes! — At Home with Al Barlow way back in 2001. I found you on Facebook and then in this magazine and understand that you’re still keeping busy playing out and about in the Hill Country all the time, but it’s been years since I lived down that way and, well, what can I say? The wife and I (OK, mostly me) are a little lazy on the weekends and prefer our music these days from the comfort of our back porch up here in Georgetown. But we do feel long overdue for a new Barlow fix. Any chance of a new record on the horizon? I know genius can’t be hurried, but … time’s a wastin’ and we ain’t getting any younger! Throw us a bone up here!
— Restless in Georgetown

Dear Restless,
Thank you very much for the compliment. I’m thankful that you and your family enjoy my little old goofy songs. You made my day. I’m hoping to release a new album before the end of the year, if all goes according to plan. You can look for further details about it here in LoneStarMusic magazine! 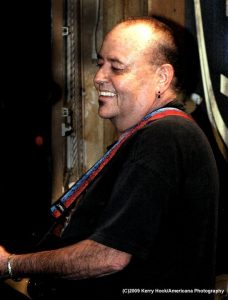 Texas Music lovers have lost yet another great artist, Alan Voight. He was an extraordinarily talented singer, songwriter, musician, and sound man (not necessarily in that order). For years, Alan fronted the band the Flying Zippers, and they played all over the Texas Hill Country. He was also the owner and master engineer at Band Camp Studio in New Braunfels.

Over the years, Alan ran sound for literally hundreds of venues, including engineering sound at Wurstfest for several years, and at the legendary Gruene Hall. But Alan will be missed even more by those who knew him personally. If he called you his friend, he would do any thing he could to help you out of a jam. Oh, the dozens of times I’ve heard various musician friends tell me to, “Just call Alan” if anyone was minus a mic stand or needed an unexpected guitar cord.

His sudden death has stricken sorrow upon the whole community in and around New Braunfels, where Alan was headquartered. Here are a few recent comments about my friend that I would like to share with you. — Al Barlow

“I’m betting that Alan is already modifying the angels’ harps to get a better tone and more sustain. I miss him so much already.”
— Monte Tyler

“Thank you, Alan, for teaching us all to be true to ourselves. Your heart and soul were on your sleeve for all the world to see — a type of honesty difficult to find.”
— Amanda Noark

“Alan, you were one of the most real people I’ve ever met.”
— Tommie Thompson

“A sad day for musicians and Klingons. Alan, you were one of a kind and I feel both honored and lucky to have pulled the bong and picked the tunes with you for so many years. I am glad you got that killer CD out last year.. It is a great legacy of some of my favorite Alan tunes. I know I am not alone in these feelings.” — Greg Forest

Next post Jesse Dayton: "One For the Dance Halls" / Flat Top Jones: "Ten Years and a Million Miles"

About the Author Al Barlow

Al Barlow is a singer-songwriter who lives in New Braunfels, Texas.
Facebook