After Awhile: LSM Jan/Feb 2011(Cody Canada and The Departed) 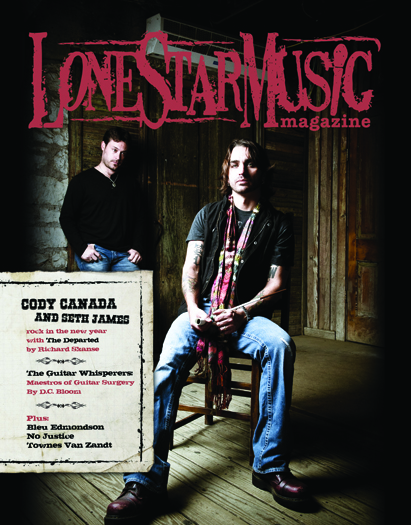 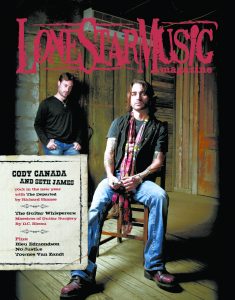 The nominations for the 53rd annual Grammy Awards were announced just before this issue was going to press — i.e., right after 99-percent of the magazine was locked, loaded and ready to rip. Luckily, as always, the last page to be signed off on just happened to be the one with my column — which I named “After Awhile” not just as a salute to my favorite Jimmie Dale Gilmore album, but also as an acknowledgement of my nasty procrastination habit. So rather than pull a “stop the presses” stunt and beg Melissa to crowbar in another story into the news section (hey, it’s the holidays), I’m just going to write about the nominations here. Or rather, the one nomination out of the entire list that I personally am going to be really rooting for: Guy Clark’s Somedays the Song Writes You, which is up for Best Contemporary Folk Album. 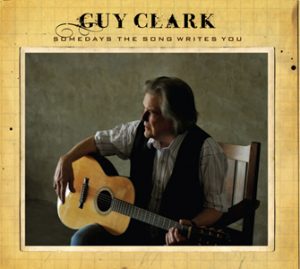 Clark’s album came out in late September 2009. A few months later, and it easily would have been one of my top five albums of 2010 (in any genre). Regardless, I still rank it right alongside his 1975 debut, Old No. 1, and 1995’s Dublin Blues in terms of Clark’s personal best, which by extension puts it pretty dang high up on my list of my favorite songwriter and/or Texas albums, period. According to a press release his publicist just sent out, this is Clark’s second Grammy nomination, after a nod in the same category for 2006’s Workbench Songs. I’m really glad he didn’t win for that one, because if a songwriter of Clark’s caliber is only going to win one Grammy in his lifetime, I’d rather it be for one of his true masterworks than for an album that, by Clark standards at least, was very much a lesser work. (The same press release called Workbench Songs an “instant classic,” but honestly, the only song I can readily remember from it is “Out in the Parking Lot,” which had already been part of Clark’s repertoire for years.) Somedays, though, is full of genuine keepers, the best of which — “The Guitar” and “Hemingway’s Whiskey” — I’d pit against anything else the man’s ever written. Hell, I can’t even knock the latter for ending up the title track on a Kenny Chesney album. I’d just as soon never hear that version, and dearly hope that doesn’t brand it forever as a “Chesney song,” but at the same time — well, God bless that beach-combing cheese ball for helping to expose the mainstream masses to such a fantastic song.

Will Chesney’s cover of “Hemingway’s Whiskey” in any way help Clark in this year’s Grammy race? Who knows. But I for one sure hope so. Because artistic merit aside, we all know what a big role popularity and a certain critical mass plays in this game. For that reason, I’m really glad Clark’s in the running for “Best Contemporary Folk Album” and not stuck in the newer “Americana” category, where he’d be up against the likes of Robert Plant, Willie Nelson, Los Lobos, Rosanne Cash and Mavis Staples. I think Clark’s album is as good as if not better than all of those (the first three of which I like a lot), but let’s not kid ourselves: Plant, Staples and Los Lobos are all tough competition on their own, but Cash’s The List is like the Grammy equivalent of a Steven Spielberg-produced, Ron Howard-directed Tom Hanks drama: a shoe-in. By contrast, the Contemporary Folk category seems a much more level playing field, even with Vegas odds certain to favor über-hyped young gun Ray LaMontagne over  Clark, Richard Thompson, Mary Chapin Carpenter and Jackson Brown & David Lindley.

I’ll be honest: I’m as guilty as anybody for mocking the Grammys year after year, especially when acts I like get the short shift (or don’t even get nominated). But every now and then, the Grammys get it right, and when they do, I cheer like I do when the Cowboys are actually winning. This year, apart from crossing my fingers for England’s terrific Mumford & Sons in the Best New Artist field (good luck against Justin Bieber, lads), I really couldn’t care less about any of the “big” categories. But I’m going to be rooting my ass off for Guy Clark, and not just because I think he’s the best Texas songwriter still walking this earth. I’m going to root for him because I genuinely believe Somedays the Song Writes You is one of the best albums he’s ever written. And whether or not Clark himself actually wants a Grammy, by gosh, for this record, he damn sure deserves one.