Jesse Dayton: “One For the Dance Halls” / Flat Top Jones: “Ten Years and a Million Miles” 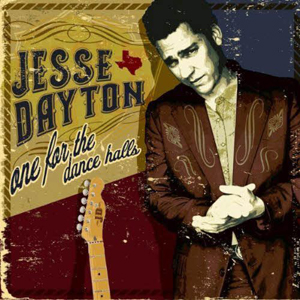 JESSE DAYTON
One For the Dance Halls
Stag Records

Austin continues to serve notice of its honky-tonk-capitol-of-the-world status with strong releases by Jesse Dayton and Flat Top Jones. Dayton’s One for the Dance Halls weighs in with 10 two-steppers based around a crisp, updated yet genuine honky-tonk sound. Flat Top Jones’ Ten Years and a Million Miles, on the other hand, delivers a bit more retro, old-timey tonk.

Beaumont-native Dayton has had a long run at Austin two-step institution the Broken Spoke, and this record is certainly a spillover and complement — like a piece of key merchandise — to his mobbed regular Thursday gig at the venerable Austin joint. While Dayton wrote a few of the songs, most notably the energetic, airplay-friendly “Camden Town,” an ode to Joe Strummer of the Clash (and something a million miles from the Cosmic Cowboy anthem “London Homesick Blues“), he also goes to stellar writers like Damon Bramblett for meaty songs with depth and reach. Dayton’s treatment of Bramblett’s “The Years” is so sentimental as to be borderline maudlin, but maudlin was a trait never excluded from the buckle-polishing oeuvre. He also co-wrote two songs — the title track and the danceable ditty “Pretty Girls Make the Go Round” — with Houston’s Mike Stinson, currently one of the hottest writers on the roots-music scene. One of the smartest in the game at branding himself and his music, Dayton hits all the buttons that the Texas radio circuit looks for with his George Jones/Conway Twitty style vocals and a crackling five-piece band glued together by longtime drummer Eric Tucker. And steel man Nathan Fleming can throw down a shower of honky-tonk blues whenever Dayton’s Telecaster takes a break from throwing off sparks like a welding machine gone haywire. All in all, One for the Dance  Halls seems just about as Texas as so-called “Texas music” gets. 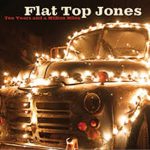 The key element in Flat Top Jones is recently deceased singer and songwriter Gary Claxton. Claxton, who died just before the album was released, contributes four originals to this 11-track set, and his songs and delivery are as solid as anything on the honky-tonk scene today. Always in the running for top vocalist at the annual Austin Music Awards, Claxton leans into his work as hard as anyone, and his backwoods George Jones squeal (think Jones in “White Lightnin’” mode) is nothing but legit. Period. Whether it’s a stone-killer drinking song like “You Can Set Your Watch By Me” (“the sign says happy hour /but it won’t make me smile/no, happy hour always leaves me feelin’ blue”) or the danger-in-the-curves rockabilly treatment of the title track, where he sings that in 10 years and a million miles he’s gone through “two pairs of boots and five hairstyles,” Claxton sounds perfectly in his element. With Austin all-star aces Kevin Smith (Derailers, Ronnie Dawson) on bass and veteran drummer Tom Lewis (Jim Lauderdale, Wagoneers, Heybale) laying in hypnotic shuffle beats with multi-instrumental badass Erik Hokkanen on lead guitar and fiddle, Ten Years and a Million Miles sounds like what happened when hard-scrabble hillbillies like Faron Young and Lefty Frizzell hit Nashville and turned it upside down. George Strait and Tim McGraw could stand to spend some quality time with Flat Top Jones. — WILLIAM MICHAEL SMITH