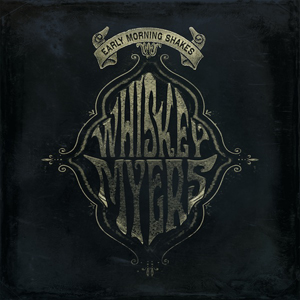 Whiskey Myers had hundreds of fans before they even dropped a debut in 2008 — on the strength of a killer live show and the distinction of being one of the few country-rock bands to break big out of East Texas — and thousands shortly thereafter, maturing into one of the best-drawing redneck rock bands in the state in the last couple of years. And it’s fair to say that their music has matured with them, with their third album Early Morning Shakes largely ditching the mopey trudge of that debut (which diluted their energy with too much mopey Three Doors Down influence) and steering clear of self-righteous snoozers like “Ballad of a Southern Man” (a 2011 single from their otherwise not-half-bad Firewater) and reaching straight for the good stuff. The riffs have more meat on their bones, the sonics jump out of the speakers more than ever, and the lyrics are more consistently evocative and/or clever, depending on what the song needs. There’s that horndog title track, for starters, about as subtle as Led Zeppelin’s “Lemon Song” but funnier and just as grandly loud. Similarly bracing numbers like “Hard Row To Hoe” and “Headstone” strike sort of a balance between crowd-pleasing country-rock and the more down-and-dirty sentiments of the Drive-By Truckers, and standout track “Dogwood” leans almost all the way into country without losing its welcome whiff of mystique. The album’s not immune to coasting a bit, or drifting towards overwrought (“Reckoning”), but the highs are truly high and the rest earns its keep. Third time’s the charm. — MIKE ETHAN MESSICK