Up against the wall, Birthday Hubbard! Ray Wylie to celebrate 70th B-Day Bash this weekend at Austin's Paramount Theater 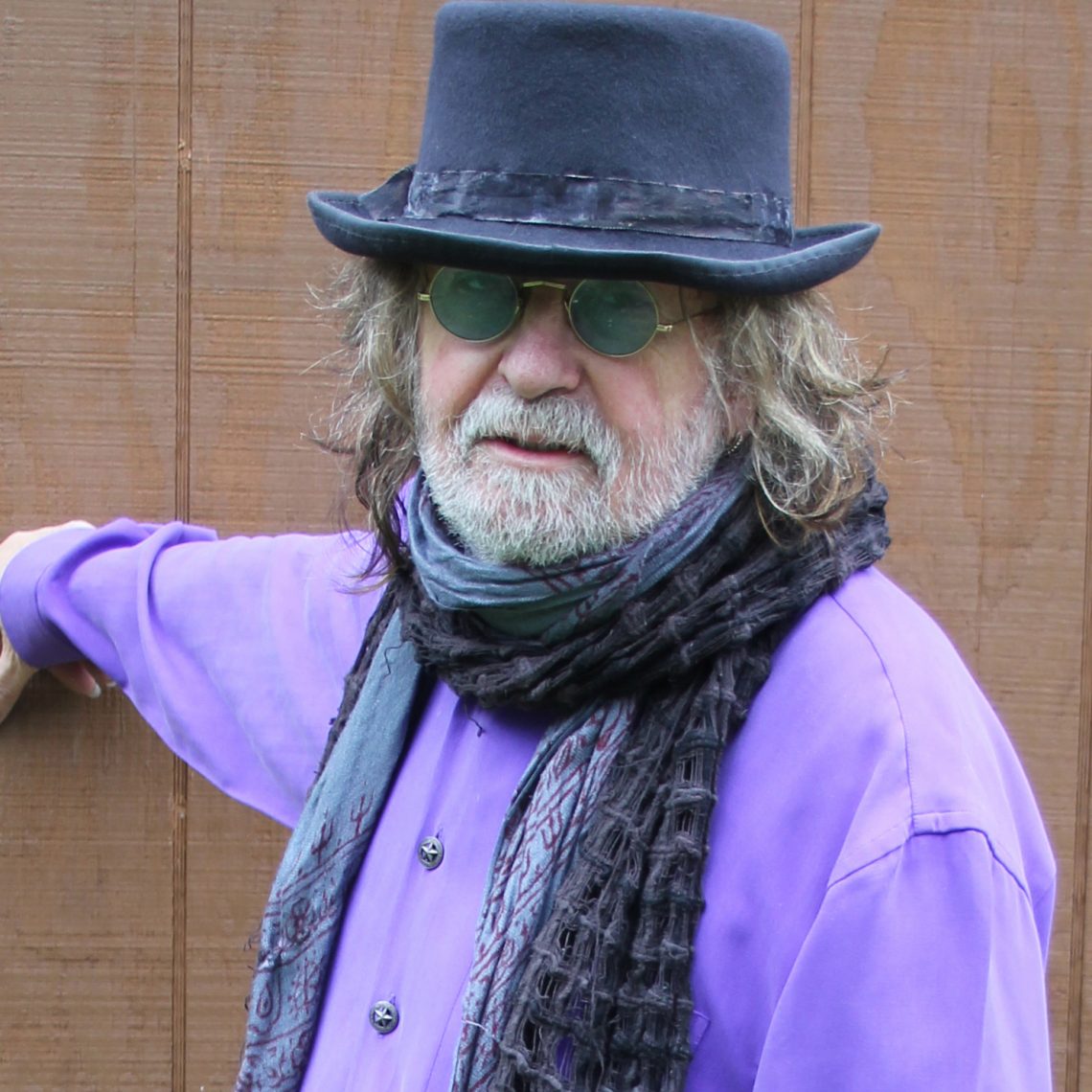 Up against the wall, birthday boy. (Courtesy Conqueroo)

When Ray Wylie Hubbard was invited to last month’s Desert Trip festival in Indio, California, he responded with a polite but resolute “thanks, but no thanks.”

To be clear, the invitation came from his wife/manager Judy and son/guitarist Lucas, who bought tickets to the so-called “Oldchella” festival as soon as they went on sale earlier this summer. But  Hubbard told them he’d rather “stay at home and listen to records” than stand in a crowd of thousands for three nights in a row watching the Rolling Stones, Paul McCartney, the Who, Bob Dylan, Neil Young, and Roger Waters.

“They said it was great,” Hubbard allows with a shrug, “but I just don’t like to be out-front at concerts, you know? Just too many people.”

Stick him onstage facing a crowd, though, and that’s another matter entirely; that’s his comfort zone, no matter how big the crowd is or how heady the competition. So maybe don’t rule Hubbard out yet for a possible Desert Trip 2 — if only because next year, he’ll officially be old enough to play Oldchella himself. This weekend, the eternal and lowdown grit ’n’ groover turns 70 years young.

Hubbard’s birthday is Sunday, Nov. 13. But Saturday, Nov. 12 is when he’ll be celebrating the Big 7-0 (or rather, his last night as a frisky 69er) onstage in front of a few hundred of his finest friends and family at the Paramount Theatre in downtown Austin. Tickets, which range from $24 (balcony) to $42 (orchestra), can be purchased at the Paramount box office or from the official Austin Theatre website (www.austintheatre.org).

This will be Hubbard’s second annual Birthday Bash at the historic venue — or fourth, counting the 67th and 68th birthday shindigs he played at the slightly smaller next-door venue, the Stateside at the Paramount. He’ll be accompanied this year by son Lucas on guitar and Kyle Schneider on drums, with acclaimed singer-songwriter (and fellow resident of Hubbard’s beloved Hill Country hamlet of Wimberley) Slaid Cleaves will do the opening act honors. Whether or not any other special guests will make an appearance remains to be seen. “I haven’t heard anything yet,” Hubbard admits, “but we’ve had some in the past, so hopefully we’ll have an open backstage door policy, in case anybody wants to show up.”

Regardless of who else may join him, Hubbard fans can count on being treated to a generous, career-spanning set from the birthday boy — and one that will find him taking full advantage of both the special occasion and the classy room. Oh, rest assured he’ll bring his groove — and most certainly “Snake Farm” and “Mother Blues” and probably even “Wanna Rock N Roll” and of course that obligatory encore about the “Redneck Mother.” But Hubbard said he’s especially looking forward to breaking out a lot of his more acoustic, finger-picked fare like “Dust of the Chase,” “The Messenger,” and the more recent “Stone Blind Horses” — aka, the kind of stuff that resurrected his songwriting and performing career nearly three decades ago but that he doesn’t always get to play at his typically more rowdy dates.

“It’s a band show, so we’ll still rock,” Hubbard assures with a dry chuckle, “but the Paramount is such an incredible venue that it really does feel like a pretty prestigious gig. I’m not saying it’s intimidating playing there, but it does have a powerful sense of history, where you get that sense of, you know, ‘Man, this is like we’re at a Bob Hope show or something!’”

That admittedly rather old-school frame-of-reference aside, Hubbard takes immense pride in the fact that he’s not only still rocking at (almost) 70, but that he’s actually more relevant than ever on the modern Americana music scene. His 2015 memoir, A Life, Well … Lived, is now in its third printing, his song “Dust of the Chase” is featured on the soundtrack to the acclaimed new film Hell or High Water, and in the past year he’s been name-dropped in songs by Hayes Carll, Blackberry Smoke and even country mainstreamer Eric “Mr. Misunderstood” Church.

“I’ve never met him and don’t even know how that happened,” Hubbard says, “but I’ve had people come up to me at shows and say, ‘I heard Eric mention you, so I thought I’d come out at see you.’ And the Hell or High Water thing was pretty wild, too. I mean, that would be a great movie even if my song wasn’t in it (laughs) … but I’ve had a number of people tell me, ‘Man I’d never heard of you before, but I liked that movie so I got the soundtrack and then I had to get all your other stuff!’

“It’s just been a really strange ordeal, how that’s worked, because I’m an old cat; I should be just wore-out, laying around in a Lazy Boy,” he says, laughing. “But I’m extremely grateful that it’s happening now, because I don’t think I could have handled it as well back when I was younger and crazier. But of course I still feel like a teenager sometimes in my head when I’m up there doing my thing, and we’re doing like, two-hour sets, you know? It’s still fun for me, and we’ve had really good crowds everywhere this year, just bopping and grooving. Playing with Lucas and Kyle … I don’t know that it keeps me young, but it keeps me on my toes.

“Of course I’ll still play ‘Redneck Mother,’” he continues, nodding back to his pre-sobriety days running with the ’70s progressive country set, “but I’m not a nostalgia act.”

Hubbard has raged against that fate and trap for years, primarily by keeping his writing and guitar chops in diligent working order and his focus ever trained on his next project. So it’s no surprise to hear that a couple of weeks before his birthday, Hubbard went back into the studio to begin recording a brand new album, the as-yet-untitled follow-up to 2015’s The Ruffian’s Misfortune. His plan is to have it out by the spring of 2017.

“These new songs I’ve got … they’re pretty gnarly, but I like them,” he says with a grin. He hints that a lot of the record will lean a bit more on his acoustic side, albeit still with “a good groove.” And he of course promises to include at least one unrepentant rock anthem on the album, just because, well, he’s got to.

“I’ve got to acknowledge the ‘rock thing,’” Hubbard says with characteristic self-deprecation. “You know, pretending I’m a rock guy.”

That he can still pull it off better than many a rocker half his age pretty much goes without saying. Just don’t expect to find him trying on any of the crazier moves that the kids were showing off at the aforementioned Oldchella, though. Hubbard may not have been there himself, but he knows all too well what how those Stones still roll.

“Mick Jagger, he can do what he does, I don’t care,” Hubbard says. “But the thing that kills me is when Keith Richards squats way down with his guitar and then gets right back up?” He shakes his head with a shudder.

“I watch him do that and just go, man … That makes my knees hurt.”