Wade Bowen: “The Given” 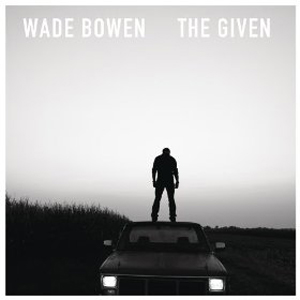 WADE BOWEN
The Given
BNA

Throughout his career, Wade Bowen’s star has continued to rise steadily on the Texas music scene, and now he is on the cusp of crossing over to the Nashville country big league. Before you haters scream “Sellout!” — listen. As proven by The Given, a 10-song preview of Bowen’s yet-to-be-released “official” major-label debut, the model that’s endeared him to so many fans already hasn’t changed. Bowen peppers the album with enough rock to keep things moving through the ballads; “Bad Weather,” the best of the upbeat tunes, is a collaboration with Sean McConnell, as is the other rocker, “Beat Me Down.” But as usual, the real guts are in the slower tunes (no, really, name a “fast” Bowen song without looking it up). Other than the catchy “Saturday Night,” the best songs here are co-writes with Adam Hood: “A Battle Won” and “Say Anything.” Both travel the well-worn path of strained romance. “Before These Walls Were Blue,” though, is a different type of love song for Bowen, as he addresses fatherhood eloquently and tenderly without sentimental drivel. Admittedly, you do hear a tinge of radio-friendly Nashville at play in some of the songs here. But lest there be any doubt that Bowen still deeply honors his Texas songwriter roots, he pays tribute to Townes Van Zandt by covering ‘To Live is to Fly” with help from none other than Guy Clark. Hearing them together is pure gold. How all of this will go over with a national audience remains to be seen, but based on the cards he’s showing in The Given, Bowen’s bid for the big time hasn’t impeded his integrity one bit. — CODY OXLEY