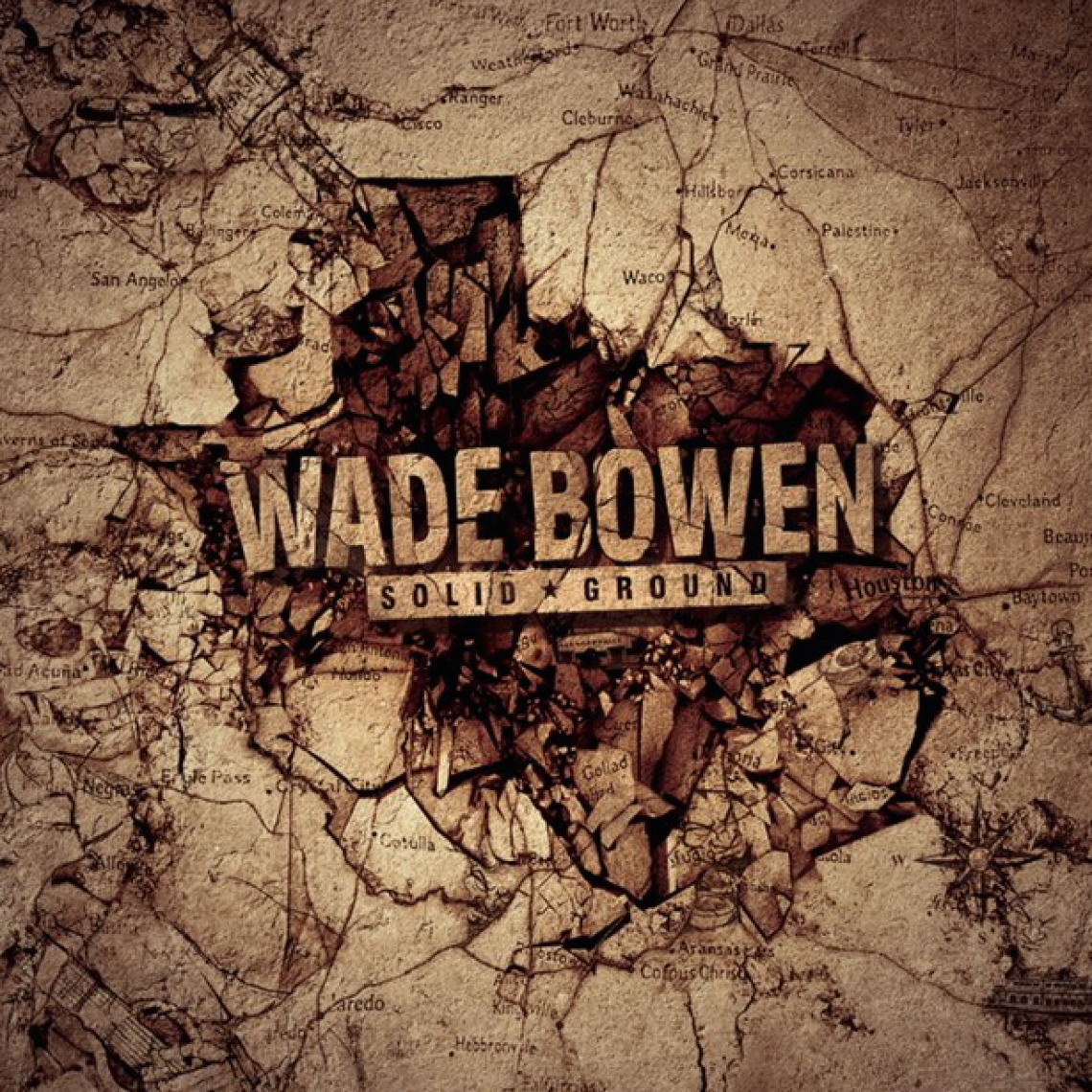 Few artists carry the torch for the modern Texas version of independent country music as reliably and enthusiastically as Wade Bowen. Starting out as the frontman of one of the frat-friendly bar bands that sprung up in the wake of the genre’s late-90’s breakthrough (old West 84 CDs are difficult but not impossible to track down nowadays), he’s since charted an ascending arc to somewhere near the top of the scene that he’s not only come up in but also arguably helped define. But for all he’s accomplished, perhaps what’s most remarkable about Bowen’s career is what he hasn’t done: There hasn’t been that one staggering growth spurt (think Josh Abbott) or jagged career refocus (think Pat Green) or that one watershed album that forever defines what audiences expect of him (think Randy Rogers Band and Rollercoaster). And yet what he has done — tour constantly, grow as a vocalist and writer, collaborate and connect and by all appearances stay true to his priorities as an artist and performer — has paid off handsomely. He’s been notably prolific of late, too, especially on the collaborative front; since his last radio-ready solo project in 2014, there’s been a couple of co-projects with his longtime touring buddy Randy Rogers as well as a full-tilt gospel project (2016’s Then Sings My Soul) and a spine-tingling single with Jamie Lin Wilson (“Just Some Things”). Worthwhile listens all, but it’s his new solo album, Solid Ground, that best showcases Bowen’s full capabilities as an experienced artist and songwriter at this stage of his career — while also serving as a timely and welcome refocus.

He might still sing to his share of college kids, but at least since his mid-2000’s coming-into-his-own, Bowen’s managed to usually come off as the adult in the room. Not in the sense of some sort of stuffy authority or pretentiousness; his writing just lends itself to earnestness and introspection, charting the rocky waters of marriage and maturity more often than hookups and escapism. Even the lead-off single here, “Acuna,” brisk and upbeat as it might be, reminisces about that specific bygone brand of Texas bordertown revelry in the past tense (and showing admirable restraint in not rhyming “margaritas” with “senoritas” for the billionth time). The party-hearty locale comes off as much as a casualty of time and change as some of the less-grounded troubadours Bowen might’ve shared the stage with a decade and a half ago before their fortunes diverged. There might be some barroom misadventures over a chugging beat (“Fell in Love on Whiskey”), but they aren’t without consequence, and anyway they seem to mostly serve as a change-up from the kind of ruminative slow-burners that are Bowen’s real calling anyway.

With a producer as sure-handed as left-field Nashville ace Keith Gattis at the helm, everything sounds good to great, with more than enough creative dynamics to keep Bowen’s usual mid-tempo grooves from running together. Opening track “Couldn’t Make You Love Me” packs a Springsteen-esque sonic wallop to give some weight to its crack at epic storytelling; the songwriting style isn’t entirely in Bowen’s wheelhouse, but it does set the table for bigger (if subtler) triumphs down the list.  Gattis’ own “Day of the Dead” (the only number here not at least co-written by Bowen) blends mariachi horns and guitars into its crunchy country-rock sweep, and much like Joe Ely’s excellent Letter To Laredo album, the results are too sublime to come off as some sort of gringo masquerade.  “So Long 6th Street,” bolstered by backing vocals from Jack Ingram and Miranda Lambert, keeps the torch lit with a jangly, fulsome roots-rock feel reminiscent of 1990s hitmakers like Counting Crows or the Wallflowers. And if you need a refresher on just how far Bowen has come as a singer, “Broken Glass” makes a compelling case for him as the Texas country-rock genre’s best current vocalist, climbing from a pensive purr to a gritty, hair-raising tenor wail augmented by backing vocals from British singer-songwriter Lucie Silvas (who shows up again on the love-gone-cold lament “Anchor,” a late-album high point).

Gattis and Bowen’s knack for wisely chosen collaborators never really lets up, with a who’s-who of talented Texans and folks from the hipper side of Nashville (and elsewhere) popping up as co-writers: in addition to all the aforementioned, there’s Angaleena Presley, Waylon Payne, Charlie Worsham, and Seth James, plus Jon Randall pulling double-duty as co-writer and duet partner on the wryly mournful “Death, Dyin’ & Deviled Eggs.” The Nashville music business might take some critical lumps for the “too many cooks” or “songwriting by committee” approach, but Solid Ground is a solid example of how the right guests can bolster and enhance an artist’s gifts without muddying the waters. — MIKE ETHAN MESSICK

Previous post House of Songs, Live from the Ozarks!