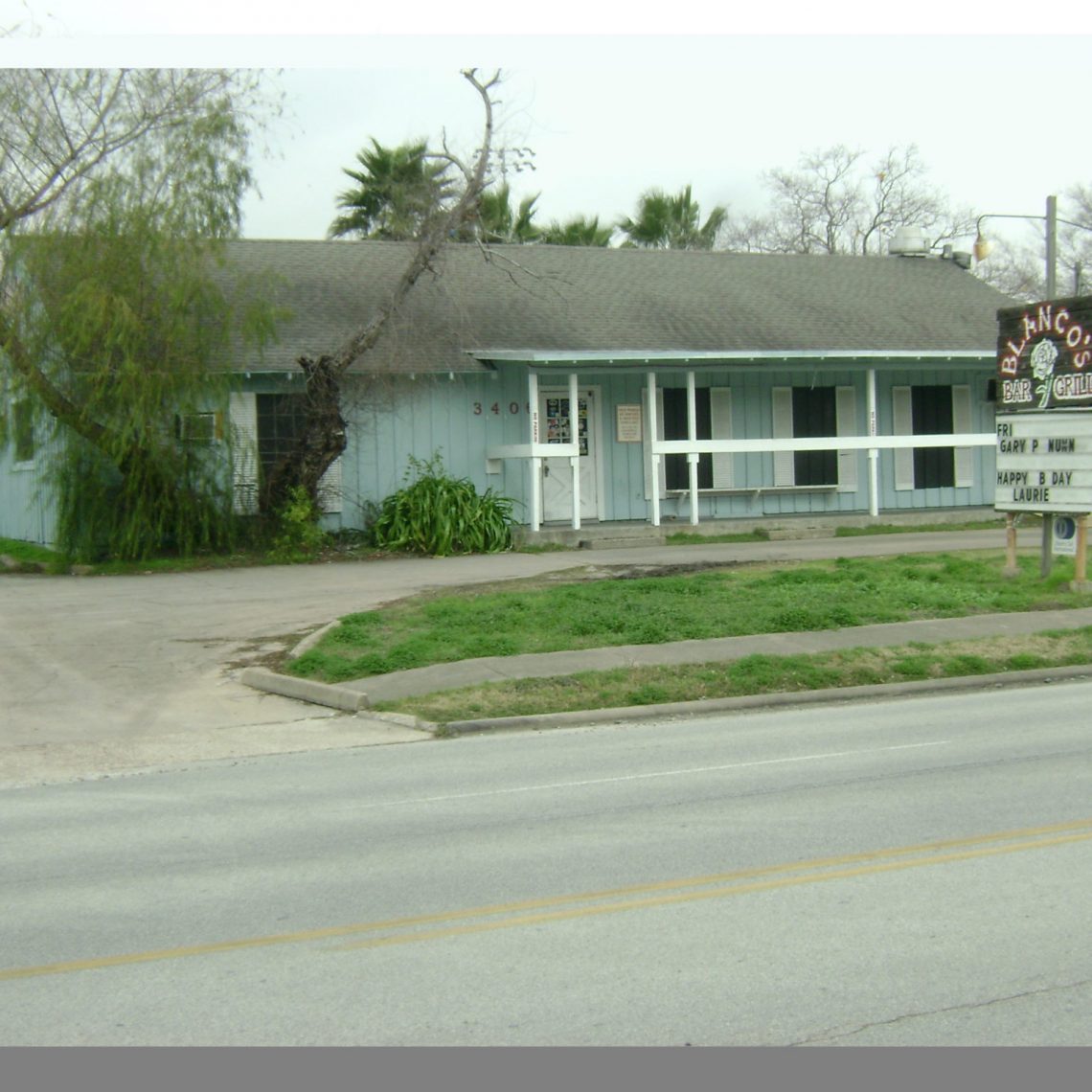 At first glance, you wouldn’t know that it’s a country bar, let alone a live music venue. The baby blue, wooden building looks more like a daycare center than a honky-tonk and, as a matter of fact, that’s what it once was. The little building with a crushed-shell parking lot near the corner of West Alabama and Buffalo Speedway seems a bit out of place in the affluent community of River Oaks, the geographic center of Houston, Texas. But the daycare center was converted to a bar in 1982, and Blanco’s has been serving up cold beer, live music, and good grub ever since.

The founding proprietor of this revered hole-in-the-wall, Barry E. DeBakey, was also a regular fixture up until his passing in 2007. Today, his black-and-white picture on the wall behind the bar offers a glimpse of the man — with his thick black mustache, small-brimmed cowboy hat and pearl-snap shirt — to newcomers and serves as his placekeeper for those who knew him. Since his passing, Blanco’s has been co-owned by DeBakey’s son and manager Karin Barnes

Barnes greets me sporting a denim western shirt, black tights, Ugg boots and, perched atop of her blonde hair, a gold-straw cowboy hat adorned with a large sequined star at the front of the crown. “Welcome,” she says. Her German accent is unmistakable, and so is her Texas hospitality. She started at Blanco’s as a waitress and has watched the iconic bar become a landmark. 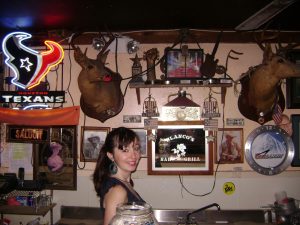 Once inside, there’s no doubt that you’re in a true Texas institution. The first thing one notices is the batt insulation stuffed between the rafters held in place with chicken wire.  Decorations consist of a full-sized buffalo in the corner, a bumper-sticker-adorned marlin behind the bandstand, and enough memorabilia, much of it rodeo related, hanging from the walls and ceilings to keep the casual observer busy for hours. As is the case with any good bar, pool tables and shuffleboard are available for those looking for a good place to dispose of extra change. Blanco’s large dance floor and stage are the main attraction, though, because above all else, Blanco’s is considered to be a dancing venue. Barnes is quick to point out that, although she loves all Texas music, she only hires bands that play two-steppin’ music.

She discovered Texas music quite by accident. One night, years ago, Blanco’s was rented out for a private party. Entertainment for the event was none other than Gary P. Nunn. Barnes fell in love with the music and Nunn fell in love with the bar. Since then, a mixture of local honky-tonk bands and Americana acts have been regularly featured there, including Kevin Fowler, Clay Blaker, Cornell Hurd, the late Don Walser and a host of others.

While Barnes and I are talking, the crowd begins to arrive. She greets them each by name, and one by one they greet her back. Blanco’s customers are mostly regulars. “This is a neighborhood bar,” she says. Come to think of it, it does strike me as the cowboy version of Cheers. Service is friendly and beer is cheap — and they even have Pearl Beer. Now, that’s the mark of true Texas bar.

Blanco’s has live music three nights a week, starting on Wednesday with open-mic night hosted by Larry Parcell. Thursdays are usually no cover and Fridays generally feature bigger name acts. But head’s up if you’re visiting from out of town: Blanco’s is closed on Saturdays and Sundays.

Oh, and that “Grill” part of Blanco’s full name ain’t just for show, so don’t be surprised at how good the food is. It’s quite a happenin’ lunch spot and a great place to dine before dancing. What’s also no surprising is the fact that Blanco’s is sort of the unofficial headquarters for the Houston Livestock Show and Rodeo (which runs from March 1-20). After all, where else in the middle of such a big city is a cowboy gonna feel so at home?