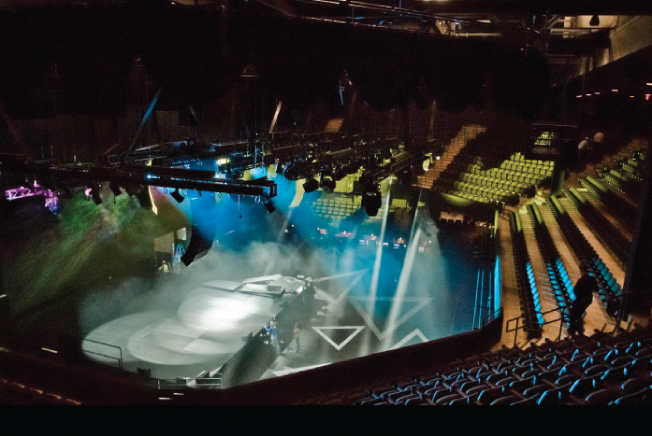 Freddy Fletcher has been working on turning Austin City Limits Live at the Moody Theater into a reality for 5-½ years, but just a couple of weeks before its opening, he’s scrambling under scaffolding and scurrying through dark hallways, looking for ways to get from the venue’s concrete bowels into its three-tiered performing space. 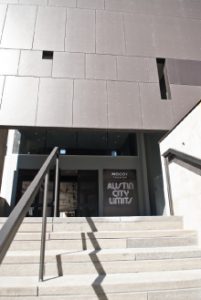 “God, these things are heavy,” he groans, finally finding an unlocked door and pushing through it. Ushers at ACL Live, as the venue is already known, will need darned big biceps — not to strong-arm rowdy fans, just to open those hefty double-lock doors so concertgoers can get to their seats. Noting the thickness of the grout-filled walls surrounding those doors, Fletcher adds, “This place’ll be a tomb.”

Actually, if all goes as planned, it will be anything but. Bodies of the living, breathing variety could fill the house nearly 200 nights the first year, and more after that. Forty-five of those nights belong to the iconic TV show that put Austin on the map as a music town and gave the venue its name and cachet; Austin City Limits has already recorded the Steve Miller Band there as the first of its 20 or so planned Season 37 segments. ACL may use other nights for a speaker series, fundraisers and similar events (and down the road, the show may expand its season).

Another 75 or so dates are slotted for live performances, such as the Feb. 13 and 14 shows Willie Nelson, Fletcher’s uncle and business partner in the venture, performed to christen the venue at 310 W. Willie Nelson Blvd. — attached, appropriately enough, to the new W Austin Hotel & Residences — that will soon bear his bronze likeness at its entrance. (His braided likeness, Fletcher assures.) That number will likely grow to 100, general manager Tim Neece says. Private rentals — for anything from seminars, fundraisers and weddings to DVD recording sessions (with or without audiences) — could fill another 75 to 85 dates.

Fletcher’s “tomb” reference pertains to the $40 million building’s noise- and vibration-trapping capabilities — essential for pristine recording in the middle of a growing city filled with sirens, helicopters, traffic and events such as ACL’s other namesake, the Austin City Limits Music Festival. Even the HVAC system is silent, using “air socks” — fabric tubes that function like water misters — instead of vents. “Air just falls out of ’em,” Fletcher explains with a mix of awe and pride.

Though designed to fulfill Austin City Limits’ needs, the Meyer Sound system, automated lighting by Austin-based High End Systems, high-definition dolly, jib and robotic track cameras and a video control room that would look at home in Johnson Space Center are at Fletcher’s disposal when ACL is not taping.

“My big interest here, and has been from when we started puttin’ all this together, is being able to record shows and broadcast ’em,” Fletcher says. He’s already working out deals, counting not only on the allure of an intimate new venue where the farthest balcony seat is only 75 feet from center stage, but the allure of recording in a one-of-a-kind new space used by the longest-running live music program on American TV. (As producer Terry Lickona notes, the Rock and Roll Hall of Fame & Museum designated both the old Studio 6A in the University of Texas-Austin’s Communications Building and the show itself as rock ’n’ roll landmarks; the rock hall made a duplicate plaque for the new building.) Not to mention it being the house that Willie helped build, complete with a green-room outdoor smoking area Fletcher has dubbed “Willie’s porch” (if the building can still qualify for sought-after gold-level LEED environmental certification with a smoking area). But heck, any band that ever had to schlep gear up flights of stairs will want to play there just because you can drive a van right onto a hydraulic loading dock and have it lifted straight up to stage level. If they stay in the 251-room W Hotel, they can also take a private elevator to the stage, and hang out afterward in a hotel bar with floor-to-ceiling shelves of vinyl albums.

ACL pays nothing to use the venue, and ACL Live will contribute a certain amount from each event to the show and KLRU. Acts booked at the venue will not automatically be taped for ACL, and the iconic, now-updated (and moveable) cityscape backdrop will be used only for ACL tapings.

The good news for fans who have always wanted to catch a taping is that now, 800 people will get tickets instead of 320. Though the venue holds 2,750, ACL will limit tapings to 800, with a few exceptions, by curtaining off the balcony to preserve the livingroom-like intimacy of the old Studio 6A.

“We’re getting back to the way it used to be,” says Lickona. “When I first started producing the show, we had 800 people.” Capacity shrank because of fire codes. Maintaining intimacy was such a priority, the stage size and floor footprint mirrors the old studio’s. It’s a 32-foot stage with seating or standing room on three sides. The mezzanine and balcony have 1,500 fixed seats; floor seating will range between 650 and 750. As for general-admission floor capacity, Neece says, “we’ve been told we can do 1,000. We’re looking at a number between 800 and 1,000.” 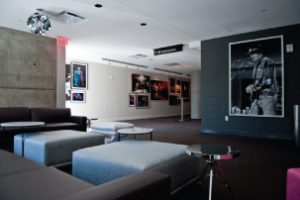 The bad news is that, despite Lickona’s long-running joke that the secret to ACL’s success is free beer, the venue’s liquor license means beer can no longer be given away for tapings, though tickets still will be. There are, however, multiple bars on each level — a dozen total — and seats have cup-holders. Each floor also has bathrooms. The venue also boasts configurable indoor and outdoor party areas, including a mezzanine-level gallery space for Scott Newton’s ACL photos, and five curtain-partitioned suites behind the mezzanine seats. Box-holders still must purchase tickets, though seat licenses come with the suites. The live-show ticketing contract went to Ticketfly, a growing West-Coast indie agency chosen for its cross-platform capabilities, Neece says. Colleen Fischer, a Live Nation-Pace veteran from Houston, is handling booking.

“I’ve been in the music business all my life, and I’ve never seen a project quite like this,” says Neece, who came to ACL Live from UT’s Texas Performing Arts Center. As for competing with similarly sized venues such as the Paramount Theater and Bass Concert Hall, he says, “The shows are gonna end up being spread around. It’s not our intention for anybody to be run out of business. We’re gonna try to be creative and do things that haven’t been done. Variety is the spice of life.”

Adds Lickona, “The success of this venue really rests on the credibility of the Austin City Limits name, and the trust that people have that it’ll be a good experience. … The umbrella of Austin City Limits means so much, not just in Austin, but way beyond.”