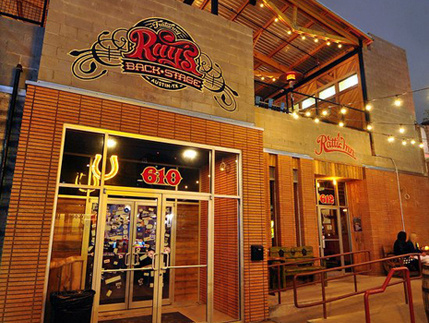 As 2011 drew to a close, the Live Music Capital lost two popular venues when Momo’s and Emo’s closed their doors for good, joining the long list of shuttered clubs that Austin’s musicians and fans will now only be able to speak about in the past tense.

The news that Momo’s was no ’mo was particularly swift and saddening. With a slate of acts scheduled for weeks ahead, there hadn’t been any hint that the curtain was coming down any time soon. But the surprising message posted to the club’s Facebook page made its fate clear, while offering just a hint of hope: “The building that is currently home to Momo’s is under construction and undergoing a large renovation. Under present circumstances, Momo’s will no longer be operating at this location. The building owner is working with Momo’s to secure a new home and [we] hope to find one as soon as possible.”

Whether Momo’s makes good on that promise or not, there’s no denying the special space at Sixth and Rio Grande will be greatly missed. Certainly smoking patrons of live music will long pine for the open-air patio with its views of both the Austin skyline and Momo’s stage, where scores of the city’s performers landed their first gig. Some were even lucky enough to find kindred musical spirits and future bandmates on the Momo’s stage, as some Heathens named Gordy Quist, Colin Brooks and Ed Jurdi did when they started sitting in on each other’s regular Momo’s sets.

“There’s a lot of memories in that club,” says Warren Hood, who, according to club owner Paul Oveisi, has played more shows at Momo’s than anyone, starting in his mid-teens as a member of the South Austin Jug Band and playing the venue every Sunday night for the past five years with his own band. “When my father [Champ Hood] passed away we had a celebration of his life and music there, with a lot of his friends playing with a lot of my friends. Its closing is like the end of a chapter in my life.”

Meanwhile, in another part of town — at Sixth Street and Red River — Emo’s Alternative Lounging had given its patrons the benefit of a heads-up and scheduled a month of special performances by popular acts that had long graced the punk/Indie/underground club. But it was Johnny Cash’s set at Emo’s during South by Southwest in 1994 at the dawn of his Rick Rubin era introduction to a new generation that cemented the club’s reputation for hipster cool.

But just as two clubs’ doors are closing, one new music venue is opening. Within a pick toss from Momo’s is the Rattle Inn, which now features Ray’s Backstage. That’s Ray, as in Benson, who is co-owner of the club that marked its grand opening in late January with a full week of music by Asleep at the Wheel and a bevy of Benson’s friends. Benson understands the harsh economics of Austin’s music scene and what the city’s growth means for musicians. “When I came here, making $300 a night with a band wasn’t so bad because rents were around a hundred bucks,” he recalls. “Now bands are still lucky to make $300 a night, but now you can’t rent anything for less than $1000.”

The arrival of one new place to gig, sell merch and hang with fellow musicians onstage or at the bar may not magically turn the clock back to happier times, but it could be a start. Ray’s Backstage, which is decorated with actual backstage passes Asleep at the Wheel’s been issued at thousands of venues — aims to book an eclectic mix of music from Texas swing to rockabilly to singer-songwriter fare to edgy Americana to rock. There’s also talk of regular Sunday song swaps and jams with a rotating lineup of Austin’s musical stars, both established and aspiring. The whole idea is to create a musician-friendly haven just off Sixth Street and a chance for Benson to give a little back to a city and industry that has been pretty good to him over the years.