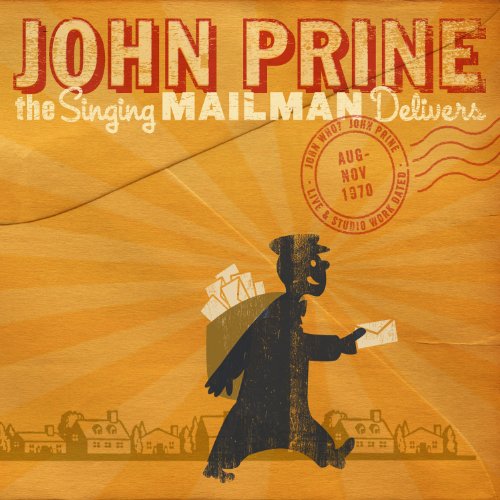 John Prine started playing open mics while he was still delivering mail. A rave review in The Chicago Sun Times by Roger Ebert brought him to the attention of Studs Terkel, who asked him to perform on his WFMT radio show. After the interview, the station let Prine record 11 songs, to send them off to the Library of Congress to get copywrited. While cleaning out his garage last year, Prine found those WFMT tapes, along with a live recording of an early concert. The Singing Mailman Delivers is a double CD set that gives us a window into his early career, and includes most of the “hits” that made his self-titled 1971 debut album so stunning, including “Illegal Smile,” “Hello in There,” and “Sam Stone,” which appears here as “Great Society Conflict Veteran’s Blues.”

The studio recordings are just Prine and his guitar, and in this stripped down form, “Hello In There,” and “Sam Stone” are even more powerful than the full band takes on John Prine. Prine’s personality comes out more on the live recordings. He phrases the songs for maximum effect and gets a few laughs with humorous asides, although they sound a bit dated today. But the crowd adores him, and they sing along on “Illegal Smile” and “Your Flag Decal Won’t Get You Into Heaven Anymore.” The one unrecorded song, “A Star, a Jewel, and a Hoax,” shows off his witty wordplay and self-depreciating humor. It’s not bad, but it probably won’t be on his set list the next time you see him live. — J. POET