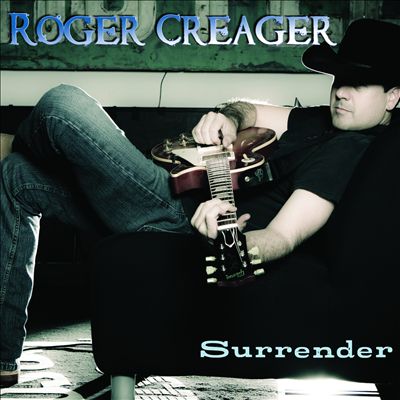 After nearly 15 years of constant touring, raising the roof at countless honky-tonks, recording five albums, scoring a handful of regional chart hits and even surviving one (admittedly minor) shark bite, Roger Creager has earned his spurs as a veteran of the Texas country scene. It’s been a few years since his last studio album, though, so his latest, Surrender, has a lot of fan-pleasing and catching up to do. That shouldn’t be a problem. Teamed up once again with producer/guru Lloyd Maines, Creager returns with a “back to basics” approach that recalls the sure-thing charms of his earliest recordings. That’s not to say his last studio album, 2008’s Here It Is, wasn’t up to snuff, but Surrender just hits the spot in a manner that immediately brings to mind the high-energy, crowd-satisfying atmosphere of his best concerts. The aptly titled opening track, “Turn It Up,” kicks the record off with a bang, setting the pace for other rabble-rousing hell-raisers like “Crazy Again.” Creager does just as well with the more reflective songs, too, as shown on both “Bad Friend to a Good Man” (about the interpersonal conflict and the repercussions one faces when making bad decisions) and with his admirable crack at Bob Marley’s “Redemption Song.” In the big picture, Surrender probably isn’t going to conquer a whole lot of new ground for Creager or Texas country music in general, but for fans of the genre looking for an ultra-confident package of well-written, good-time songs delivered with seasoned charisma, it hits the spot. — SHANE JONES