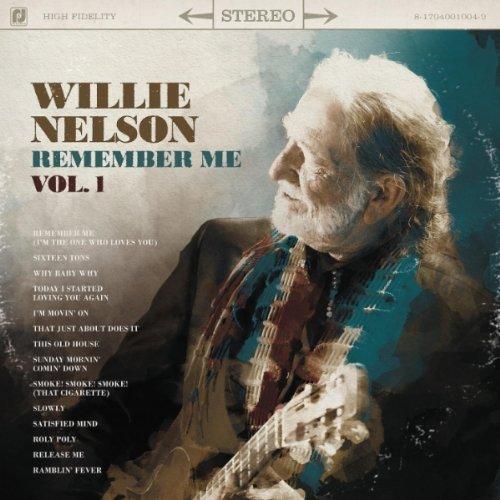 Even when he’s singing an ordinary song, Willie Nelson delivers the goods with his jazzy phrasing and the understated emotion of his vocals. Give him a classic, be it from the pop, jazz or country songbook, and he’s likely to bring a tear to your eye. The songs on Remember Me, Vol. 1, are all classics and, while some of them (like “Sixteen Tons”) have been covered hundreds of times, Nelson makes them all his own.

Remember Me is also a short history of country music, filled with tunes unfamiliar to anyone without a deep history of the genre. Nelson cut Mac Wiseman’s 1939 hit “Remember Me” on Red Headed Stranger, and delivers another laid-back version here featuring icy pedal steel from Sonny Garish and Aubrey Haynes’ soulful fiddling. “This Old House” was a hit for Stuart Hamblin in 1955, but it’s Rosemary Clooney’s pop smash that’s most familiar. It’s a hard-core country tune with an ironic lyric that likens a man’s body to his ramshackle home, and while Nelson doesn’t sound like he’s going to fall to pieces anytime soon, his age does give the song a bittersweet tang.

Garish’s weeping pedal steel intensifies the hopeless feel of “That Just About Does It,” Vern Gosden’s song about the end of a relationship. Nelson sounds desolate as he delivers the lyric. On the brighter side, Nelson romps through “Why Baby Why,” George Jones’ first honky-tonk hit, Bob Wills’ “Roly Poly,” which features smoking lead guitar work by Brent Mason, and Merle Haggard’s “Ramblin’ Fever,” played with a loping Waylon Jennings-style beat. — J. POET

Previous post Dana Falconberry: "Though I Didn't Call, It Came"