Tish Hinojosa: “After the Fair” 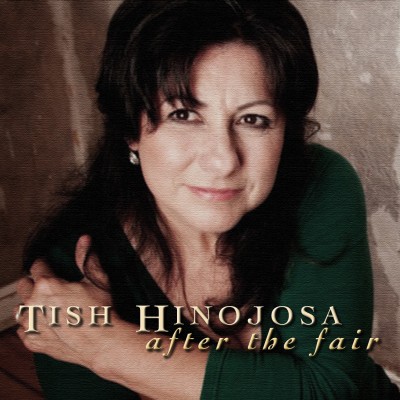 Tish Hinojosa has been making beautiful, soulful music ever since bursting onto the folk scene in 1989 with Homeland, the San Antonio native’s major label debut. With 11 additions over the next two decades to a remarkable discography that has wedded contemporary folk with traditional Mexican music, Hinojosa’s newest album After the Fair and first since 2008’s Our Little Planet ends the longest fallow period of her career. After the Fair celebrates Hinojosa’s time in Germany and her reflections on some of the country’s big tent, big-ticket events, such as its hosting of the World Cup and the Dom, a massive party that the city of Hamburg hosts three times a year (come on, San Antonio, time to up your Fiesta game!) Bringing together musicians from Austin and Germany, the result is Tex-Deutsch folk pop; Americana-ish with a smidgeon of European pop sensibility — sans tuba and that guttural Bavarian mother tongue, thankfully. But After the Fair isn’t a complete departure for Hinojosa, who still infuses the mix with a hint of Tex-Mex via her alluring Spanish take on Paul McCartney’s “A Certain Softness,” and another classic sung in Spanish, Woody Guthrie’s “Deportee.” And the album opens very close to home with a cover of a reflective song called “Cobblestones” written by her son. But the highlights are her own songs, such as the dreamy title track, about the promise to keep love strong well after the flame’s first lighting, and “I Will Do the Breathing,” which strikes a promissory note to be there for that special someone with lush strings and punctuating Spanish brass. “I will do the breathing ’til you are able to come up for air,” she sings. “I will be the feathers on the wings of the bird that flies you wherever you need to go.” After the Fair is a slow and sweet walk down the midway of life with a dear friend whose voice you love to hear.  — D.C. BLOOM