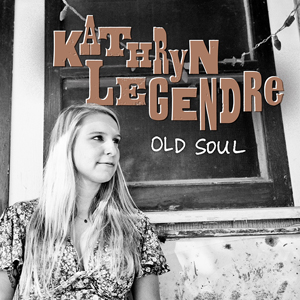 Kathryn Legendre
Old Soul
www.kathrynlegendremusic.com
Though still on the shy side of 30, Austin newcomer Kathryn Legendre ain’t kidding when she sings about being an “Old Soul” on the title track of her full-length debut. The song opens with her reminiscing fondly about “an AM country station that my grandpa dearly loved,” and each of the 10 tracks on Old Soul — nine of them penned by Legendre — would have fit right in alongside any of the old man’s favorites. A talented graphic designer by day, Legendre proves she’s also a natural singer, with a warm, husky drawl and pleasing hint of vibrato that fits her earnest take on classic country like a pair of broken-in boots. She’s a gifted lyricist, too, on sure footing both playing it light hearted (the playful “Roy Rogers”) and heartfelt (as on the beautiful elegy “Hard Road to Go (Down to San Antone).”) With the standout “Guy,” a reverent tribute to gold-standard songwriter Guy Clark, she deftly captures the essence of the master’s gift for detail-rich imagery painted with Hemingway economy and precision. All that said, her melodic chops aren’t quite so assured yet; her songs often hew a little too close to traditional form (or, in the case of the spritely opener, “Picking Up the Pieces,” too close to Steve Earle’s “Guitar Town”) to really stand out as truly distinctive. So call her an old soul with room to grow, then. But based on the charming promise shown here on her first outing, she could very well be a diamond some day. — RICHARD SKANSE