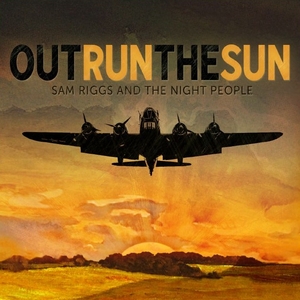 A popular half-in-jest mantra among fledgling bands is “fake it ’til you make it” — i.e., carry and promote yourself as if you were already a star. Sam Riggs and the Night People took that attitude with them into the studio for their first full-length album, and while there’s nothing particularly fake about Outrun the Sun (seems pretty relatable and emotionally honest to these ears), it does give the impression that you’re listening to a pack of old pros instead of a young regional band scrambling for opening-act slots. No less tight than a platinum-bound mainstream project — producer Erik Herbst brought a similar sheen to breakthrough albums by folks like Josh Abbott and the Eli Young Band — it still carves out a personality amidst the professionalism, thanks to Riggs’ heart-on-the-sleeve approach to writing the songs. Big numbers like “The Change” and “Lighthouse” fall somewhere between Garth Brooks and Journey on the grandeur scale, but despite having an enviable range Riggs consistently avoids vocal histrionics and sticks to the well-crafted melodies. His lyrical individuality means the occasional clunky line, but it also means very few clichés and some singular gems like “Hold On and Let Go” (the best straight-up country tune on the album, and one of the year’s best overall), the surprisingly gritty prison drama of “Angola’s Lament,” or, from “Fire & Dynamite,” the unique come-on line, “You’re a novel, babe/In a sea of magazines.” If the woman in question listened to Riggs’ record, she’d probably be inclined to say, “Right back at ya, ace.” — MIKE ETHAN MESSICK