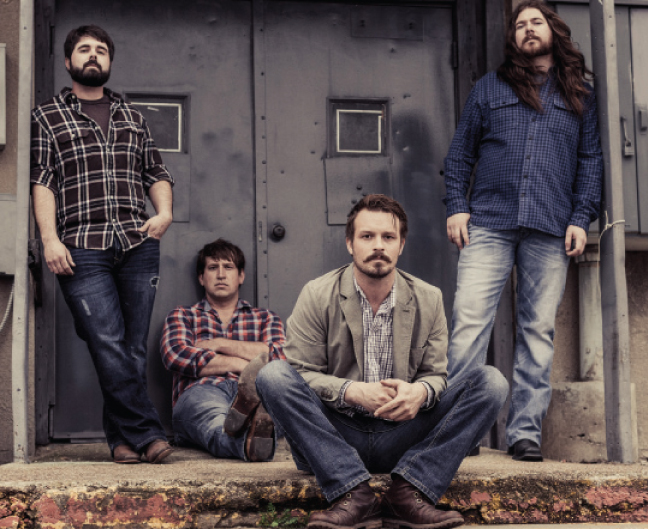 The Cliff’s Notes version of Thieving Birds’ origin is that the members of the Fort Worth-based band all go way, way back — first gigging together, reckons frontman Ace Crayton, when they were all teens, about “a lifetime ago.” But there’s a bit more to the story than that.

“We met and became friends through various rock bands each of us played in when we were kids,” says bassist Rody Molder. “When those bands fizzled out, we each searched for a more mature musical outlet. We decided to get together and jam one day for fun, and it went really well, and after a few more jam sessions, we decided to record some of the tunes we had been working on. Those tunes became our first record.” 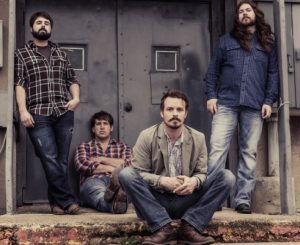 That would be 2011’s Thieving Birds, the promising debut that put the Birds on the map as the latest in an intriguing new breed of regional acts to favor a grittier Americana/roots-rock sound over the frat-dude-baiting fare of many of their peers. But the confidence displayed on the album wasn’t just a happy accident resulting from a few jam sessions; it was the sound of a seasoned band injected with a jolt of renewed energy and inspiration. Founding members Molder, lead guitarist John Seidler, drummer Beau Brauer, and guitarist Jon “Fish” Hunt (who has since left the flock) hadn’t just crossed musical paths prior to Thieving Birds’ take off; they had actually all played together for years as the Kyle Bennett Band, recording two albums before a bitter split with Bennett in 2010. In the aftermath, Bennett carried on with a replacement crew while the rest of the band stuck together and found a new lease on creative life with a new frontman in old friend Crayton.

“There was just an immediate chemistry between us when it came to writing songs,” explains Molder. “Our first record was pretty much written and recorded in about a three-month time period.”

Since then, the Thieving Birds have had ample time to build on that immediate chemistry and grow even tighter over the course of countless gigs and endless hours of more jamming and writing together. The result: Gold Coast, the band’s second album and the one on which they really take flight. “On Gold Coast, we had the benefit of taking the time to get the tones and sounds we were looking for,” says Molder. “So we had a much better opportunity to let everyone’s individual influences shine through.”

In Crayton’s case, those influences are wide and varied, ranging from gospel and soul to a certain ’90s indie-rock/grunge band from Down Under. “We took our name from the Silverchair song, ‘Those Thieving Birds,’” explains the singer. “Silverchair has always been a huge influence on all of us and especially me. I’ve always respected their singer, Daniel Johns, for his ability to write melody and use dynamic effect to convey emotion.”

Crayton has quite a way with melodies and conveying dynamic emotions himself. He can pull off rock and the blues with the best of them, thanks to a versatile and soulful rasp that can smooth itself out when the need arises, while a growl lurks slightly beneath at all times. If he weren’t in a rock band, perhaps Crayton could call upon his childhood years of singing in church and trying to sound like the legends he adores to front a different style of group altogether.

“I think church is where I gained a love for singing,” he says. “The challenge of trying to find the alto and soprano harmony in the melody was always fun. Most of my soul influence comes from people like Otis Redding, Candi Staton, Marvin Gaye, Louis Armstrong, and even Tom Waits. I’ve always loved the feeling that you get from those artists who are emoting a line, instead of just reciting it to sound crisp and clear.”

For Gold Coast, Crayton, Molder, Seidler and Brauer reconvened in Denton and again teamed with Erik Herbst, who produced their first album. But the new album stands alone as a damn-fine statement of a band that not only isn’t afraid to step outside of comfy country-rock and mix together sunny pop rock with R&B-style soul and roadhouse-flavored grease, but talented enough to pull it all off as convincingly onstage as in the studio (and vice versa).

“The idea was to create a simple, pure sounding record with no studio gimmicks and little added instrumentation,” says Molder. “So, what you hear on the record is what you hear live at one of our live shows.”

And what you hear on both the album and at the Thieving Birds’ live shows is a grit that’s as deeply ingrained in the lyrics as it is in the grooves. Take, for example, “Graveyard Love,” a crawling, smoky blues joint with music Crayton admits was inspired by Tom Petty and the Heartbreakers’ underappreciated, adventurous 2010 album Mojo — and with lyrics as dark as its name. “That song is set in the 1860s,” Crayton explains. “The story came along after the main guitar part and melody was in place. I heard someone talking about a kind of ‘if I can’t have you, no one can’ scenario, where a husband murdered his wife, and the person telling the story said, ‘He loved her with that graveyard love.’ I thought it was a really poetic way to describe it and I ran with it from there.”

Another of the album’s standout tracks is the rhythmically searing “Black Canyon Boom,” whose lyrics are based on the Upton Sinclair novel, Oil!, which a few years back was adapted into the acclaimed film There Will Be Blood. “That’s in my list of my top five favorite films,” Crayton says. “There’s just a trove of different emotions and feelings that bleed out of that movie. It feels like the film industry revolves around sex and love stories and I thought it did well to not involve either of those yet still hold a really intimate weight.”

With songs like that, it’s no surprise that Thieving Birds don’t exactly fit the status quo in their own artistic field, either. The guys have all been around long enough to know there’s an easier route to breakout success on the Texas music circuit, but they’re determined to stay true to their own instincts and integrity.

“We believe there are quite a few bands out there just cashing in on a fleeting fad,” says Molder. “It’s cool to sing about Texas, beer, being a redneck, and all of that good-time stuff, but everyone grows up. Please stop rewriting the same song. But I believe bands like Uncle Lucius, the Quaker City Nighthawks, and Whiskey Myers, among others, are truly capturing an authentic ‘Texas music’ sound, and the music they’re making isn’t all that groundbreaking — they’re just taking classic rock, blues, country, and folk and translating it in their own ways and making something beautiful, which we try to do, too. Our sincere hope is that the younger generation of Texas bands will return to the true roots of Texas music that is as wonderful and varied as the great state herself. That’s the music that will last.”

Next post The Avett Brothers: "Magpie and the Dandelion"