The Avett Brothers: “Magpie and the Dandelion” 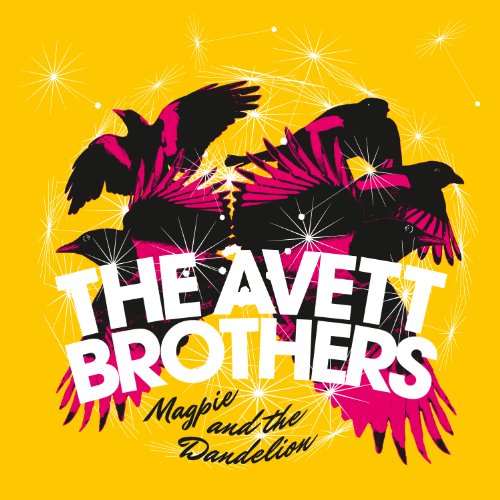 THE AVETT BROTHERS
Magpie and the Dandelion
American/Republic

The first single from the Avett Brothers’ new album is called “Another is Waiting.” If they trafficked in ironic witticisms, that title might induce a nudge-nudge, wink-wink, it so accurately describes the circumstances behind Magpie and the Dandelion — the Avetts and producer Rick Rubin recorded so much material for their last album, The Carpenter, that another literally was waiting. But the Avetts don’t dwell in that house. They don’t resort to punny wordplay or sarcastic commentary, suggestive double-enten-dres or anything remotely like chest-puffing boasts. No, Scott and Seth Avett and their bassist near-brother, Bob Crawford, dig far deeper, scraping away any layer that might keep a raw corner of their souls protected from exposure. They ask the hard questions and strive to find answers for the riddles that confound our lives — in the process, helping to define Americana and inspiring their Mumford & Sons pals (and others) along the way.

And it’s not as if they don’t know how to have fun; the first track, “Open Ended Life,” is an occasionally exuberant romp, powered by Scott’s vocals and banjo and Seth’s twangy, Neil Young-influenced electric guitar, piano and occasionally off-kilter harmonies. G. Love’s harmonica adds blues power, and Tania Elizabeth’s rushing-tornado fiddling helps send it home. Scott also sings lead on the pensive and stunningly beautiful “Apart From Me,” in which the weariness in his voice echoes the frustration of leaving a loved one behind when the road calls again. Seth’s solo acoustic turn on “Souls Like Wheels” is just as hypnotic. His bell-like voice is slightly purer than his brother’s; Scott’s tone is more … Southern, maybe, and a tad more nasal, with stretched vowels that match his banjo picking. But separately or together, their talent is so formidable that each listen to these songs offers another little revelation — along with further proof that anyone who thinks of the Avetts as “bluegrass” or “country” simply isn’t paying enough attention. — LYNNE MARGOLIS