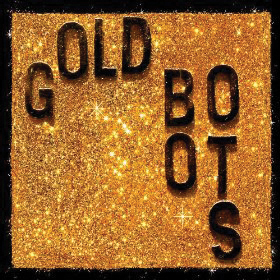 Still a fairly fresh assemblage on only their second album (following 2011’s Portraits), the Wheeler Brothers find themselves born into a fairly welcoming world where their stock in trade — stout-hearted lead vocals, dreamy backing choruses, chunky acoustic-driven melodies, and an overall rural-hipster vibe — are well-represented high up on the sales charts by guys like the Lumineers and Mumford & Sons. The sonic overlap between the brothers Wheeler (lead singer Nolan and playful rhythm section Patrick and Tyler) and their nationally known forebears is, to be fair, more of a parallel than a derivation: those other guys are just getting started too, and to the Wheeler boys’ credit, they’re not stuck on the formula. “Cigarette Smoke” has a little blues and bluster in the mix to bite through the earnestness, sharing an echo-ey electric guitar dynamic reminiscent of My Morning Jacket with other standouts like “Weather” and “Yukon.” On the latter track, the whole crew chimes in with lines as guilelessly upbeat as “We’re all good kids with healthy minds/We just need guidance to get by …” Perhaps the best advice is continue to play your ass off and be prepared to ride the wave, because Gold Boots Glitter is a good record and there’s rarely been a more fertile time for it to catch on. — MIKE ETHAN MESSICK

Next post The Will Callers: "What Else Is Left?"

Previous post The Beaumonts: "Where Do You Want It?"