The Beaumonts: “Where Do You Want It?” 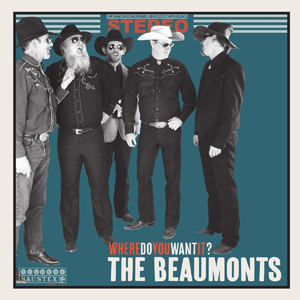 THE BEAUMONTS
Where Do You Want It?
Saustex Records

Let’s get this right out of the way: The Beaumonts are not a for-everybody-kinda band. The easily offended — hell, even the reasonably offended — are best advised to steer clear, and purists who don’t like their country music mixed with turbo-charged attitude and splattered with XXX-rated humor probably won’t cotton to their unabashedly bawdy shtick, either. But if you ain’t scared off by any of that yet, strap in for one helluva fun ride. Picking up right where 2010’s Get Ready for the Beaumonts left off, Where Do You Want It? is a concentrated blast (eight songs in 23 minutes) of riotously funny, expletive-soaked honky-tonk served up with a big, shit-eating grin. And the kicker is, them’s real, serious chops at work behind all those gleefully raunchy, P.C.-baiting lyrics; if singer/guitarist Troy Wayne Delco, guitarist Hollywood “Steve” Vegas, steel player Chip Northcutt, bassist Don Ed Rosewood, and drummer Jimmy Ned Messer were ever so inclined, they could probably give any country or rock band in Texas a genuine beat down with all jokes tied behind their backs. But God bless ’em for answering a higher calling and sticking to the low road: If not for the Beaumonts, who else would come right out and declare, “Toby Keith is the ugliest woman that I swear I’ve ever seen”? — RICHARD SKANSE