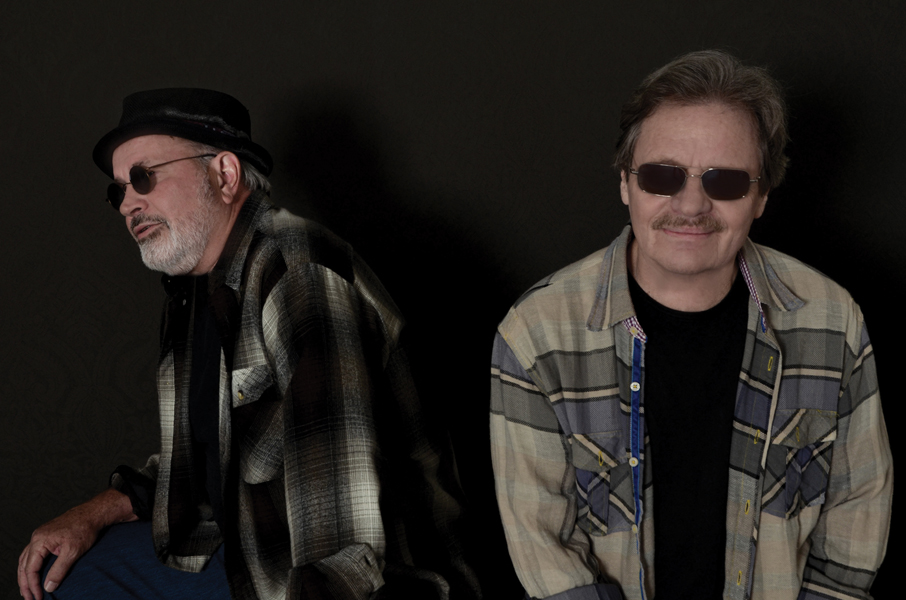 When Delbert McClinton and Glen Clark cut their eponymous debut album for Atlantic’s Clean Records logo back in 1972, they didn’t think they were making a bold artistic statement. The music they were recording was simply the same blend of honky-tonk, blues, soul, country, gospel and rock ’n’ roll that they’d already been playing for years in various bands in the Fort Worth area. Mixing all those styles together — a little bit of this, little of that — wasn’t necessarily something that everybody was doing, but to McClinton and Clark, it just came natural.

Upon its original release, Delbert & Glen came and went without leaving much of an immediate trace. Its follow-up, 1973’s Subject to Change, followed suit. But four decades later, both records can now arguably be considered touchstones of the Americana genre. 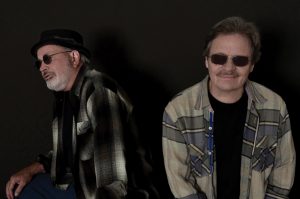 After their two albums together as Delbert & Glen, McClinton and Clark set off on different paths. McClinton launched an acclaimed, still-going solo career with 1975’s Victim of Life’s Circumstances, while Clark planted roots in Los Angeles and found his own success as a songwriter, touring backup musician and soundtrack scorer. “But we remained friends,” notes McClinton. And now, after an almost 40-year break, that friendship has at long last resulted in brand new Delbert & Glen album: this summer’s Blind, Crippled, and Crazy (New West).

“The last album I did (2010’s Acquired Taste) was a random collection of songs I’d written and put in a box, and it didn’t do anything,” McClinton says. “I’d been talking to Glen about writing and recording a new album for about 10 years, and I decided it was time.” The result is a collection of songs that shows two old pros at the top of their game, making music that’s just as visceral as the music they made together when they were young men.

“One of the first bands I was in rehearsed in a garage and Glen, who was a bit younger than I was, used to come around and listen to us play,” McClinton continues, recalling their first meeting. “A bit later, we started playing in bands together. We both sing really hard and strong and it was always a pleasure to perform together.”

Clark takes up the story: “Delbert was in a band with the big brother of my best friend. He was about 14; I was still in grammar school. He could really sing and, even at that age, I knew he had ‘it,’ whatever ‘it’ was. Watching him perform got me interested in singing, songwriting and being in bands.”

McClinton and Clark began singing together, hoping to make a living as musicians. “We were in cover bands mostly, but we were both songwriters and wanted to do original stuff,” Clark continues. “A friend of mine had moved out to Topanga Canyon and told me if I came out to California, he’d help me make some demos.” So Clark moved to California and, after he got settled in, wrote McClinton and asked him to join him.

Within a year, the duo had a deal with Atlantic, but the albums failed to catch fire. “We toured a bit as Delbert & Glen, but we lost momentum,” Clark says. “We weren’t focused on being commercial. We wanted to play the music we wanted to play, the stuff we liked.”

McClinton moved back East to Nashville and embarked on the career that’s made him a near legendary figure in roots music. He’s made 27 albums and won three Grammys; two for Best Blues Album — Nothing Personal, 2001, and Cost of Living, 2005 — and one for Best Rock Performance by a Duo for his “Good Man, Good Woman” duet with Bonnie Riatt in 1991.

Clark stayed in California and became a successful songwriter, co-writing with Raitt and playing keyboards in her band for seven years. He toured with Kris Kristofferson for nine years and, when his friend Jim Belushi joined the Blues Brothers Band, Clark became their musical director. He also wrote music for films and TV, spending another seven years with Belushi composing for his show, According to Jim. “I love being recognized as an artist,” Clark says, “but I’ve never been driven to become a star. I like my anonymity.”

While McClinton and Clark each continued to make their living playing music apart from each other, they always stayed in touch. So it was only a matter of time before they got around to actually working together again.

“We’ve both survived relatively intact, mentally and physically, and started talking about doing another record a while back,” says McClinton. “We went to Mexico together with (guitarist /producer/songwriter) Gary Nicholson, another old friend, and spent some time writing, tossing things back and forth across the bar. I had some things I’d written and Glen had a bunch, so last year we went in and recorded ‘em. We’re both pretty flush, so we were able to make decisions without having to stick to a budget or having anyone tell us what to do. We didn’t even care if we ever put it out. We did it because it was fun.”

“We’ve been talking about doing this for about 10 years,” Clark says. “We got 10 or 12 tracks done in L.A. at the end of 2010, but when we looked at them, they didn’t meet the criteria of the first two records. But last year, Delbert told me about this piano guy, Bruce Katz, and said I’d love working with him. Delbert booked the sessions and called in his guys, and the songs were put down in three days. There wasn’t a lot of overdubbing; when it was finished it was finished.”

Despite the 40-year break, the principals fell right back into the groove.

“We’ve matured and there was no drama; the sessions unfolded like a flower blossoming,” Clark enthuses. “The process was as enjoyable as anything I’ve ever done and the music is exactly what we were going for. We kept it simple and solid, no tricks or gimmicks, all organic and unprocessed, nothing on the record that’s ever going to sound dated. Delbert and me did the vocals in the booth together, so it has the feel of the two of us bouncing off of each other, which we were doing literally as well as figuratively.”

The duo co-produced the album with Nicholson, recording at Nicholson’s home studio. “Gary is an outstanding guy,” Clark raves. “We were real comfortable with him. He’s an old soul in a young body; he loves analog sound, just like we do. Patrick Granado, the engineer, is an old-school Beatles nut. He has a lot of vintage gear and mixed everything down to two tracks on an analog machine like they used to do in the ’60s, so it has that fresh, live sound.”

Tracks on Blind, Crippled and Crazy include the honky-tonk rock of “Been Around a Long Time,” with the duo delivering their trademark bluesy, boozy vocals; the Memphis-style blues of “World of Hurt;” the second-line funk of “Good as I Feel Today” and the smoking rocker, “Peace in The Valley.”

The album title and the frogs on the cover art were McClinton’s idea. “I didn’t want a picture of two old guys on the cover,” he jokes. “That’s not gonna sell any records. I wanted a title that would express the overall themes we sing about. An old blues song I’ve always loved popped into my head and made perfect sense for the title.”

Delbert & Glen will be hitting the road to support the album, albeit without any long-range goals in sight. “We’ll work together as long as it makes sense,” Clark says. “We’re happy with where we are at this point in our lives. The tour probably won’t be a defining moment in our careers. If we make money and get some recognition, that’ll be great, but making the album and getting it out was our primary goal, and that mission has been accomplished.”

McClinton agrees. “We each bring out the best in each other and we still have the passion, so we laughed a lot and had a good time,” he says. So much so, in fact, that a fourth Delbert & Glen album isn’t out of the question — perhaps even before another 40 years fly by.

“During the sessions, I wrote enough songs for another solo album and enough for Glen and I to do another record,” says McClinton. “So we’re in a pretty good spot.”

Previous post Antone's: A new home for Austin's Home of the Blues