Antone’s: A new home for Austin’s Home of the Blues 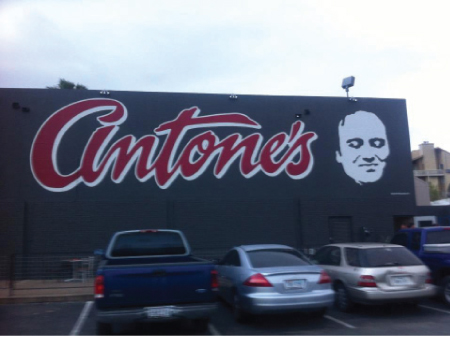 For the first time in its 38-year history, Antone’s nightclub has a home not selected by its namesake, Clifford Antone. Though he passed away in 2006, his spirit still permeates the club’s fifth location at 2015 E. Riverside Drive, just over Interstate 35 from Downtown Austin. And his smiling face peers down from the building’s exterior, reminding all who enter that no matter where the club sits, it’s still the Home of the Blues — and many other genres.

The club opened its new doors on March 28, shortly after closing its longest-running location, at the corner of Fifth and Lavaca streets. That spot opened in 1997, following addresses on Guadalupe Street, Anderson Lane and Sixth and Brazos streets, its original home. The new, 700-capacity venue offers free parking, balcony seating, upstairs and downstairs bars and a smoking patio, as well as proximity to the new Emo’s and the rapidly developing corridor east of I-35, where several high-rise condo and apartment buildings are springing up.