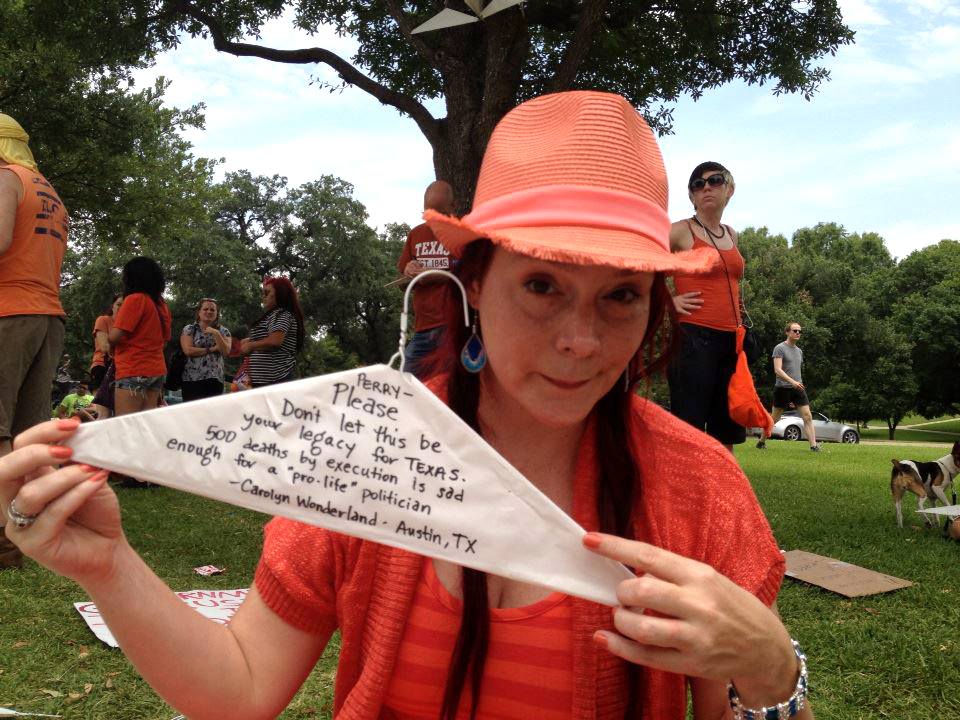 Texas has launched its share of rock stars of both the musical and political varieties over the years. The newest of the latter is State Senator Wendy Davis, and one needn’t lean to the left or prefer blue over red to acknowledge that her 11-hour filibuster on June 25, the last day of the Texas legislature’s first special session, has catapulted the Fort Worth Democrat onto the national scene.

If you’re more attuned to Netflix than CNN (or Twitter) and missed the political story of the early summer, Davis’ effort temporarily thwarted passage of legislation crafted to ban abortions after 20 weeks and impose restrictions that the measure’s opponents claim would result in 90 percent of the state’s abortion facilities, including Planned Parenthood clinics, having to close their doors. 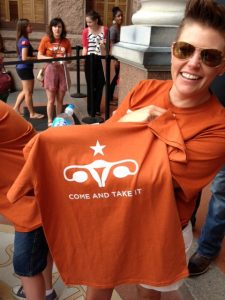 While her supporters celebrated, Governor Rick Perry, a vocal proponent of the bill, quickly scheduled a second special session for the following week, where the bill’s passage was virtually assured, given the legislature’s Republican majority. Undeterred, however, on July 1, Davis and thousands of women’s rights activists – along with many who exercised their freedom of speech to share Pro-Life views – took to the Texas statehouse  grounds to make their voices heard once again. As a single-engine airplane gamefully pulled a “Stand With Wendy” banner through the Texas skies, demonstrators below displayed signs with their own penned political statements such as “Think Outside My Box” and “If Only My Uterus Could Shoot Bullets, Then It Wouldn’t Need Regulation.” Others stoically displayed counter-arguments in the form of posters that simply read “We are Praying for an End to Abortion.”

The “Stand With Texas Women” rally began with another bona fide rock star, Natalie Maines, singing the National Anthem, accompanied by her dad, Lloyd, before breaking into the Dixie Chick’s own defiant anthem, “Not Ready to Make Nice.” The crowd of more than 6,000 also heard from Austin indie-rockers Bright Light Social Hour, who played their newly minted anthem, “Wendy,” an energetic, if not exactly verbose, anthem that contains just one word repeated over and over and over:  “Wendy!”

The rally gave many — particularly young people — their first taste of participatory democracy in action, and with actually bearable noontime July temperatures, the day was as much a celebration of an engaged citizenry getting involved in the political process as it was about a single piece of legislation.

Along with Maines, several other female Texas music stalwarts, including Eliza Gilkyson, Carolyn Wonderland, Elizabeth McQueen and Terri Hendrix, turned out to take part in the historic day, albeit from the crowd rather in front of it. “I’m so proud to see women in Texas so excited,” enthused Hendrix, likening the turnout to the waking of a sleeping giant and noting that thousands of Texas women like herself have turned to Planned Parenthood for “basic ovarian health care.” “The whole day was invigorating and empowering.” 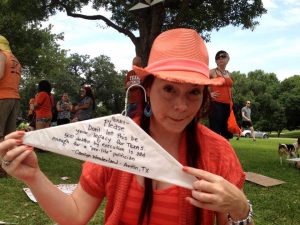 Wonderland, who was arrested at an anti-war protest years ago, echoed that sentiment and said she was inspired to see a new generation of female activists being born before her eyes. “It was just awesome to see so many pre-menopausal women making a stand.” Davis also got good reviews from Wonderland, who was in the gallery to witness the senator’s lengthy talkathon the previous week.

“She couldn’t be stopped and she sure kept her composure,” marveled Wonderland, adding with a laugh, “I don’t think I could have — that’s probably why I’m in music and not politics.”

But like a consumate politician — or at least like a savvy frontwoman —Wonderland had stump speech-like kudos for her band, all of whom decided to join her at the rally even though they were scheduled to leave for the West Coast that morning.

“We’re going to have to drive straight through to get there in time for our gig, but I’m so proud of them,” Wonderland raved — figuring, perhaps, that if Davis could stand on her feet for 11-plus hours in front of dour Texas legislators, perhaps 20 hours in a van with a bunch of dozing Texas musicians ain’t all that bad.

Next post Antone's: A new home for Austin's Home of the Blues