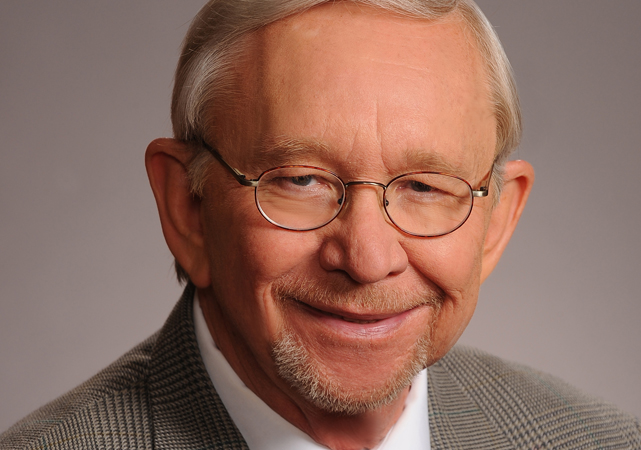 Chet Flippo was an unforgettable byline, backed up by writing passionate and precise. He never forgot his fortunate timing and wrote big stories for Rolling Stone magazine like it was the best first job outta college ever. His subjects liked him, with his Texas charm and gracious manners, so they would tell him things and grant him access not accorded others. Then the fly would come down from the wall and lay out their business, their personality, in the pages of the counterculture bible, and the next guy would get a phoner and good seats. 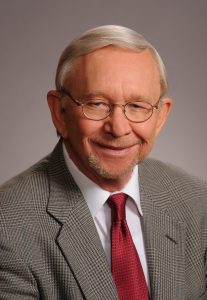 Flippo, who died of pneumonia at age 69 on June 19 — seven months after his beloved wife Martha succumbed to cancer — covered all styles of music. He had a special chemistry with the Rolling Stones and toured in that group’s inner circle, culminating in his 1985 book, On the Road With the Rolling Stones. Not that his reports were fawning: In one 1978 Rolling Stone cover story, which portrayed the Stones as running on fumes, he famously went nose-to-nose with Mick Jagger. As strong as those pieces were, though, it was Flippo’s exemplary writing on country music — from “outlaw” to mainstream to Americana — that was especially revelatory and ground breaking. He played a particularly pivotal role in shining a national spotlight on the sounds of his native Texas.

An elementary school nerd could tell you that Austin is the capital of Texas, but until Flippo’s early ’70s dispatches from the Armadillo World Headquarters and Willie Nelson’s Fourth of July Picnics, no one out there knew that Austin had a music scene. It might as well have been Harrisburg, Penn. There were writers chronicling the Austin music scene from within, but the Fort Worth-raised Flippo, who spent four years in the Navy before attending grad school at the University of Texas on the G.I. Bill, was the outsider who told the world. Though overhyped, overcrowded Austin has become the little city that couldn’t keep its big trap shut, back in the early ’70s it was begging to be noticed for more than a football team and the college that sponsored it.

Being a staff writer for Rolling Stone in the early ’70s was like being a cast member on the original Saturday Night Live: you were part of something that would change everything. Everybody read RS. You’d see that Chet Flippo byline and spend the next 20 or 25 minutes getting into a world that interested you. And in the beginning, that was Austin.

Fellow Fort Worth native Joe Nick Patoski, who had fled to Minnesota for a change of scenery, moved back to Texas — Austin this time — after reading Flippo’s first RS cover story in 1971, about Doug Sahm’s return to Texas from the Bay Area. “He had described such an amazing scene going on, and when I got here I found out that everything Chet wrote was true,” says Patoski.

Flippo was right there with his notebook between the hippies and the cowboys in Austin for the birth of “Outlaw Country,” which, he wrote “married the energy and spirit of rock ’n’ roll to the truth and honesty that country music had traditionally presented but had lately been getting away from.” That was Flippo’s thing: showing the link between rock and country, which were then thought of as opposite genres. His 1973 RS piece, “Country Music: the Rock and Roll Influence,” set up Flippo’s liner notes for Wanted! The Outlaws, featuring Nelson, Waylon Jennings, Jessi Colter and Tompall Glaser, which became country music’s first platinum album in 1976.

When much of the nation equated mainstream country music to Hee Haw and felt superior to what was coming out of Nashville, Flippo wrote seriously about such talents as Dolly Parton, the songwriter, months before she crossed over in 1977 with the No. 1 single “Here You Come Again.” Three decades later he would champion a teenager named Taylor Swift, letting the world know this kid was a major talent, not some flash. Flippo didn’t care about coming off as hip and cutting edge: he wrote about what was real to him. He gave credibility to country music his entire career.

While Nashville bureau chief for Billboard from 1995-2001, Flippo not only covered the hit makers like Alan Jackson, Tim McGraw and Shania Twain, but championed alternative country acts like Whiskeytown and Son Volt. Moving to Country Music Television, where he was editorial director for 12 years, Flippo maintained a passion for real Texas country music and wrote entire “Nashville Skyline” columns about the Lone Star State’s musical past and present.

Raised in East Fort Worth on Hank and Lefty and the boys, Flippo knew the stuff that rang true and he panned Waylon Jennings’ 1972 album Ladies Love Outlaws as a half-assed effort from one of country’s all-time greats. Not long after Flippo got a call with a voice that said please hold for Waylon Jennings. Flippo expected a lashing, but instead it was an appreciative ol’ Waylon on the line. The album was just as Flippo pegged it, rough and unfinished when RCA put it out without Jennings’ knowledge or approval while the singer was in the hospital for hepatitis. “Why don’t you come out on the bus with us?” Jennings offered. This Flippo kid would tell the truth.

The ensuing 1973 article on Jennings, which he sold to Creem because Rolling Stone wasn’t quite ready to run 4,000 words on a country singer considered washed-up in Nashville, established Flippo’s style as a master scene-setter with a penchant for details and an interest in the inner-workings of the music business. He took readers behind locked doors and, in one telling instant, portrayed Jennings in a room with an industry presence, with his back against the wall, eyes bouncing around, a caged animal, poised to break out.

Jennings proved a great scene setting himself, creating the mental landscape for the outlaw movement with 1973’s Honky Tonk Heroes, built on nine Billy Joe Shaver songs. Released in July that year, Heroes was beat by a month by Nelson’s Shotgun Willie, which bombed initially in recasting the suit-wearing Nashville songwriter as a Texas guitar-playing Leon Russell. Patoski, the author of the essential Willie bio, An Epic Life, credits Flippo with making Atlantic’s Jerry Wexler aware of Nelson when the producer/exec was in Austin courting Doug Sahm.

After Flippo received his masters in journalism from UT in 1974, he and his wife, fellow journalist Martha Hume, moved to New York City, where Flippo helmed Rolling Stone’s first New York bureau and the more-outgoing Hume was hired to write about music for the New York Daily News. Flippo left the senior editor post at RS in 1980 to write the definitive Hank Williams biography, Your Cheating Heart.

When Rolling Stone relocated to Manhattan in ’77, Flippo was the senior editor in charge of music. One of his writers was Cameron Crowe, who used his teenaged years as a cover-story profile writer as the basis for Almost Famous. “Take a trip through the archives,” Crowe told CMT after his mentor’s death. “You’ll find every color and all the soul, hilarity, pain, flavor and depth of what it is to love music.”

Flippo and Hume were a Manhattan media power couple, so you can imagine how big time Flippo was when he occasionally revisited his beloved Austin. “I remember one time I had to go interview Willie over at KOKE-FM and I looked behind the glass and there was Chet Flippo interviewing Willie and I got real intimidated,” says Patoski, who picked up work for Rolling Stone after Flippo left Austin in ’74. “Chet was the guy you wanted to be.”

As someone who started writing about music at a time when Chet Flippo was king, I can echo Patoski’s sentiments. He was living a dream, but his work was all about the reality of a situation. To Flippo’s great credit, he saw his gift as a responsibility. He knew he was lucky to be where he was and was humbled by the opportunity to make a national audience of rock fans understand the appeal of country music. He was Gram Parsons with a typewriter, creating a new language from his love of the old.