Sunny finds the light Three years after cracking the country Top 10 with the majors, Sunny Sweeney returns to her feisty independent roots with the bold, confident Provoked. 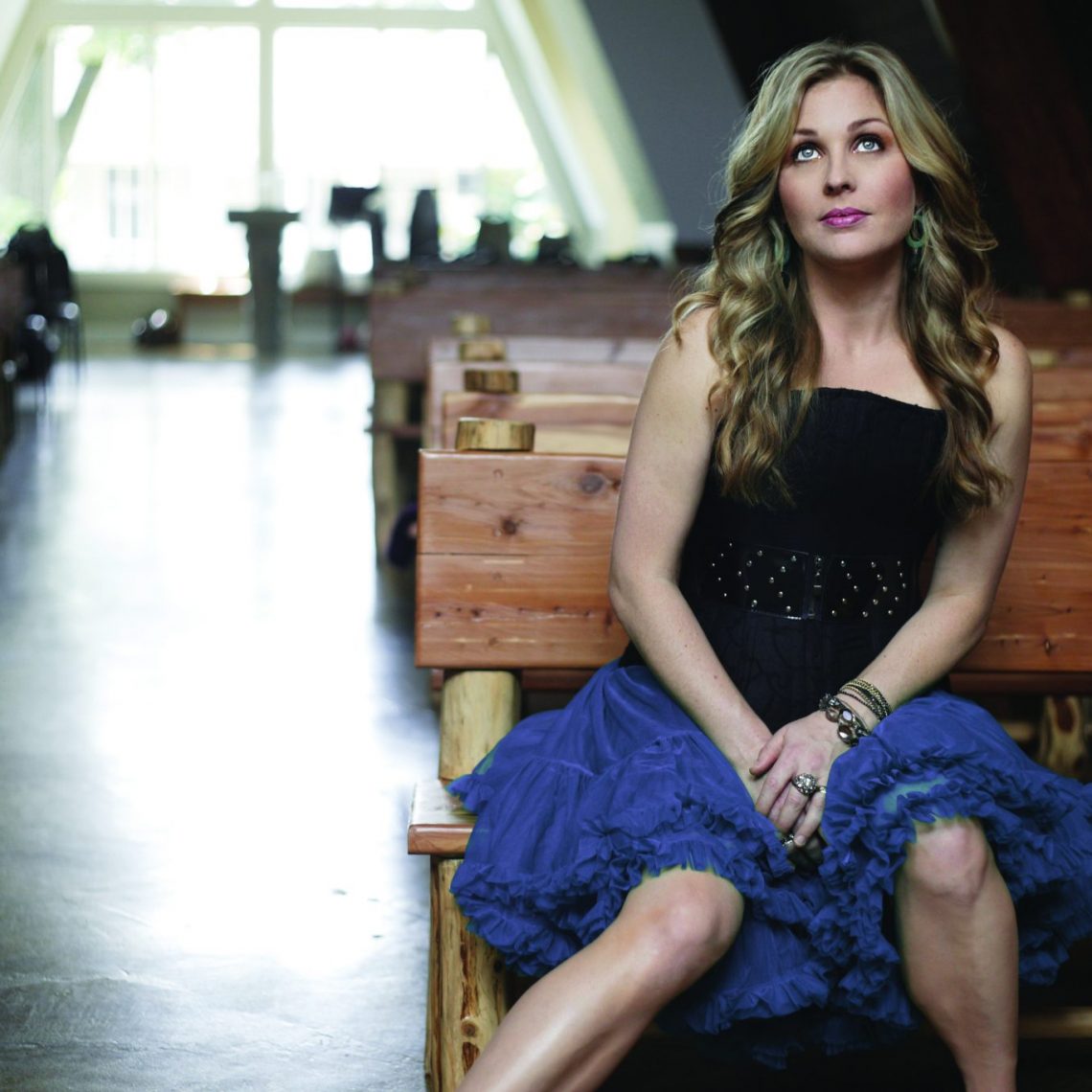 “I remember being 5 years old, listening to ‘I’m Not Lisa,’ sitting crossed-legged and watching the words go round and round on the record player …

“I knew sad and happy, those emotions, but I remember thinking this was something else,” she continues. “I didn’t know anything about Jessi Colter, or the piano, or guitar … but I knew this woman was feeling something deep.”

After a beat, the brash-talking Texan snaps back to the present with a loud, self-effacing laugh at her precocity. How she “knew” still eludes her, but she realizes hitting that vein at such a young age may well have set her on the path to Provoked, an album that pulls no punches and does everything but name names.

“Hitting a nerve is a perfect way to say it,” she agrees. 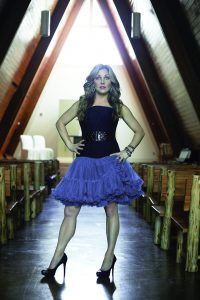 Along the way, Sweeney took an indie-to-major label truth- telling turn with Heartbreaker’s Hall of Fame, originally self- released before being picked up by the Taylor Swift-powered Big Machine, then came back after the end of her first marriage with Concrete, a more radio-friendly project given a national push by Republic Nashville that yielded the Top 10 slice-of-the-other- woman’s cheating reality, “From A Table Away.” Big budget, low budget, what Sweeney wants is what’s beneath the truth we see.

That’s why she writes songs like Provoked’s passive-aggressive busting “Backhanded Compliment” and the unrepentant “Everybody Else Can Kiss My Ass.” She plays ’em brazen, wide- open and brassy enough to scare men twice her size.

If Concrete captured a young woman’s life falling apart, Provoked looks at the pieces, owns the wreckage, and even finds a little light at the end of the tunnel. Laughing, Sweeney concedes she might know a little of what she speaks.

“It’s not a divorce record, or a happy ending record,” she says. “Nothing that simple! It’s just so much more than that. It’s the idea that everything happens for a reason — and the part that’s a mess is part of it.”

Sweeney knew when she walked away from the major- label machine that she needed to raise the stakes. Not so much go big or go home, but dig deeper and dump the turpentine. Beyond her scalding cover of Randy Weeks’ obsessive “Can’t Let Go,” best known from Lucinda Williams’ rendition, Provoked (released in August via indie Thirty Tigers) came as the result of careful thought and the A&R sense of legendary artist advocate Kim Buie.

“We met with the Thirty Tigers people, David (Macias) and Kim,” Sweeney recalls. “I loved how they think about things, how they explain what they do. David is a genius, so smart and such a music fan, and Kim …”

She pauses in that I Love Lucy way that lets you know the next thing out of Sweeney’s mouth is gonna be good. “We were walking out of the meeting, and I said to my manager, ‘I really like Kim! I kinda have a girl crush on her…’ And Steve says, ‘Well, you know who she is, right?’ Then he explained …”

“I knew there was a story to tell,” Sweeney admits. “And no matter what I ran by Kim, she never said ‘no.’ She just kept asking questions. She actually said, ‘I want to direct you, to help you make the best record you can make.’”

The story Sweeney wanted to tell on Provoked is very much her own, its songs (all but two of which she had a hand in writing) of emotional turmoil, “Second Guessing,” accountability and stubborn resolve unabashedly personal in a manner that Concrete, even at its most revealing, only hinted at.

“In the end, I didn’t want people thinking I went through all this shit on my last record and that was the end of the story,” Sweeney explains. “Yes, I swore off dating, was never going to have another relationship, all that. But that’s not what happened. Life isn’t about now, it’s about ‘the rest of it …’ So in making this record, I finished telling that other story, and kept going to this one. That way people know there’s light at the end of the tunnel.”

For Sweeney, that light comes in part in the form of Jeff Hellmer, her husband of three years. An Austin cop with two kids, he’d watched Sweeney go through all of it — and offered a steadying hand to a woman in the throes.

“When you’ve been through heavy things, you second guess everything,” Sweeney says. “Jeff ’s been friends with me for a dozen years, so there’s nothing he’s not seen. During the break-up of my first marriage, he suggested we should try counseling; that’s the kind of guy he is. And now? Well, he’s not just supportive; he tells me things I don’t wanna hear, but probably needed to hear them. That bond we have (of the truth) strengthens everything.”

Not that Sweeney was ever a shrinking violet. But perhaps where she was once more combustive, now she saves the fire for the music. After all, a woman who kicks off not just her new album but her beer joint and honky-tonk sets belting out the opening of a song called “You Don’t Know Your Husband” a cappella is a pretty stout contender.

“People may be talking or doing their own thing, but suddenly, they hear plain voices singing, they stop, and they listen,” she says. “I’ve been doing it for a while, and the only thing stronger than the fact it’s bare is what the song’s saying.” 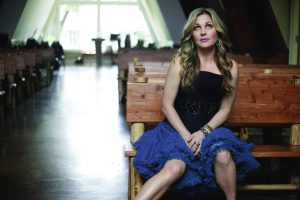 Like Miranda Lambert, another hardcore Texas girl, Sweeney has never been one to overly sweeten her music or shy away from blunt truth when she’s got something to say. She seeks kindred spirits and attitude when choosing songs and collaborators, too, working with some of Nashville’s most progressive women songwriters: Brandy Clark, Ashley Monroe, Natalie Hemby, and Angeleena Presley. The credits on Provoked also find her co- writing with classicists Monty Holmes, Connie Harrington, Mark D. Sanders, and Buddy Owens, plus bad boy hit-making brothers Brad and Brett Warren.

“Monty Holmes, who wrote Lee Ann Womack’s ‘Never Again, Again,’ is the first person I really clicked with,” Sweeney says of her “Sunday Dress” co-writer (along with Buddy Owens). “He’s not afraid to talk about things nobody else wants to. I like writing with writers who don’t mind talking about things that might hurt – because life does. It’s why people come up and tell me their stories! By singing these songs, people know someone else has felt it, and they feel less alone. Just knowing you’re not the only one, there’s strength — and a whole lotta fun sometimes — in it.”

She falls silent, mulling over what she’s just said and where she’s going with it. While she’s never at a loss for words, our time is winding down and she’s searching for a way to tie up everything we’ve talked about — life, tangles, Texas, songs, record company people — in a manner that connects it all back to the way she felt as a child, listening to a Jessi Colter song she didn’t understand but felt to her core.

“Sometimes you need emotions,” Sweeney offers finally. “When I need to bring emotions up, I go to songs. I think a lot of people do — and that’s how I try to look at every song I put on my records. I even like it when they reach across albums to each other. Like if you think about it, ‘You Don’t Know Your Husband’ is the prequel to ‘From a Table Away’ — It’s light- hearted, but it’s the same girl.

“Those songs are a bridge, which is more the way life is,” she continues. “I’ve always made my music my way, and I’ve tried to be true to who I am the same way Loretta Lynn and Lee Ann Womack have been: I truly don’t think either of them has a bad song.