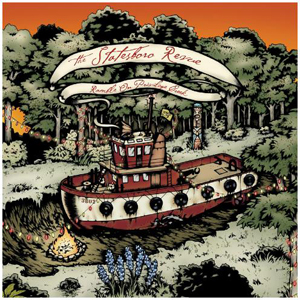 If Stewart and Garrett Mann had created the Statesboro Revue in the ’70s, they almost certainly would have found a home on the roster of the legendary Capricorn Records. Although many fans of the regional Texas music scene might be incined to compare Ramble on Privilege Creek to the best work of Austin’s Band of Heathens (and accurately so), Statesboro Revue’s mix of soulful Americana and jammy Southern rock reaches all the way back to the Allman Brothers’ prime. Instrumentally, the album varies from the jangly banjo of “Huck Finn” to the tinkling keys of “Half Mile to Lincoln,” a song Black Crowes fans might mistake for different brothers. And although the first single, “Fade My Shade of Black,” isn’t necessarily the best track on the album, it does a great job of displaying Stewart Mann’s soaring, buttery vocals. But Ramble on Privilege Creek really doesn’t sound like a collection of singles so much as it does a cohesive album. There’s a definite narrative to this jam,  and true to its title, the measure of the pace is quite the ramble. — CODY OXLEY