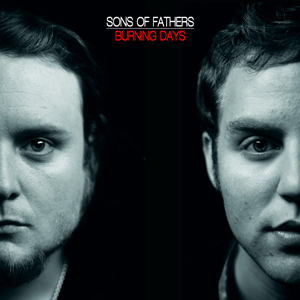 Sons of Fathers, led by David Beck and Paul Cauthen, have been widely accepted by fans of myriad genres. The reason for this can be unmistakably deciphered on their new LP, Burning Days, if it wasn’t already obvious on their 2011 self-titled debut. Like the Band of Heathens and Hayes Carll before them, Sons of Fathers successfully blend homespun folk, roadhouse rock and soulfully authentic country to create a unique document that succeeds on every level. Their songwriting on Burning Days shines, with stories in the country-noir tune “O.G.C.T.A.W” and the indie-popper “The Mansion” deftly told by taking lyrical roads less traveled. Exemplary writing is expected when it comes to quality Texas records, though; what will really set this album apart from the regional crowd in 2013 are the confidently delivered and perfectly aligned harmonies between Beck and Cauthen. In many songs, such as the title track and the acoustic stomper “Roots & Vine,” there isn’t a lead singer as much as there’s an harmonic convergence at the helm. It’s an incredible and consistently thrilling sound — reminiscent at times of indie-rock favorites the Fleet Foxes. But most of all, it’s a sound these Texas Hill Country upstarts can proudly call their own. — KELLY DEARMORE