Songs & Stories of San Marcos: The Center for Texas Music History Where else but in San Marcos (at Texas State) can you get a history degree with an emphasis on Texas Music? 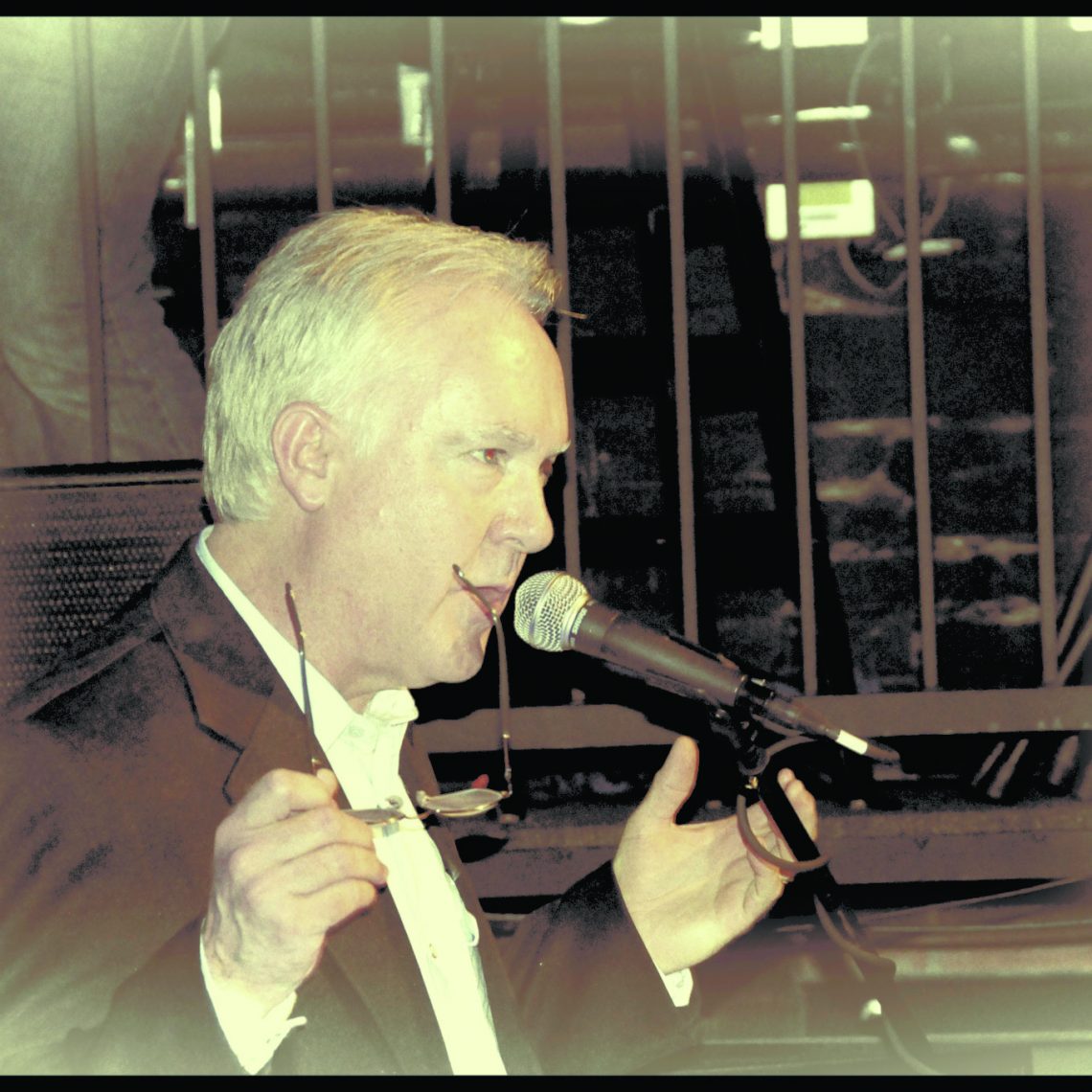 To understand Texas music is to understand a sense of place. Yes, it can be made by outsiders, but you can tell when it isn’t real. That is not to say that a non-native born Texan can’t do it. This state is full of immigrants. They help define Texas music. There is a definite sound. I think the point with Texas music is to prove how crazy and un-alike we are — and unlike everybody else. …  No state has the kind of region with the distinctive sounds we have in Texas. Texas music may be louder and more extreme, but it is definitely based on the singer-songwriter. It all goes back to the campfire. We tell stories real good in Texas, and we always have. We stick out. We talk the way we tell stories, and the way we sing, and the way we set things to music. We are different. And that is the essence of Texas music. It’s telling the story. — Joe Nick Patoski, Texas culturist and music writer

If the essence of Texas music is storytelling, then the story of Texas music itself would make for a song of truly epic proportions — and one incorporating the distinctive sounds and colors of just about every genre imaginable. To sing and tell it all around a campfire, you’d need a forest full of firewood just to make it to the second verse. 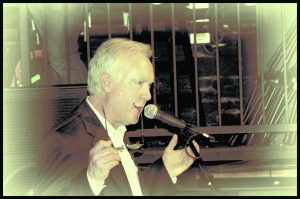 That may sound like hyperbole, but if anyone could back it up with facts, it’d be Dr. Gary Hartman, the director of the Center for Texas Music History at Texas State University. Hartman and his friend and fellow history professor Gregg Andrews founded the program back in 1999 as part of the school’s history department, and to this day it remains the only comprehensive, university-based institution of its kind, providing a full range of programs devoted to the preservation and study of Texas music, from its roots to its present and future.

“Texas really is a special place, historically, culturally and musically,” says Hartman. “There are plenty of states that have rich musical histories and even diverse musical histories, but I don’t think there is any place quite like Texas. Texas is so big. It encompasses such a large area and such a diverse population, but it’s also literally at the crossroads of Latin America, the Deep South, the American West, and Upper Midwest. Texas is ideally located right in the middle of it all.”

Consequently, he continues, “Texas music” is not so much a separate genre unto itself as it is “an important part of every musical genre,” with “roots going into virtually every society around the world.”

“The biggest misconception about the Center is sort of the same misperception about Texas music in general — that Texas music is country music,” Hartman says. “And of course country music is a very important part of Texas music, but country music is just a part of it. There is so much more to Texas music. I occasionally have had people ask, ‘How is your Center for Country Music History?’ I smile and diplomatically explain that our Center for Texas Music is going great — and we have classes on blues and gospel and jazz and conjunto/Tejano and everything out there, every kind of music that you can imagine. One of the main things we try to do is make people aware of the incredible diversity of Texas music.”

“The core of what we do is our courses,” says Hartman. But the Center’s educational efforts extend well beyond both Texas State and even San Marcos. “We deliver hundreds of presentations a year, to schools, community groups, conferences and panels. We work with museums and public schools and other universities to organize educational programs and projects.”

Over the past 14 years, the Center has collaborated on a variety of projects with such prestigious organizations as the Smithsonian Institution, the National Endowment for the Humanities, PBS, National Public Radio, Humanities Texas, the Texas Music Office in the Office of the Governor, the Bob Bullock Texas State History Museum, and the Texas State Historical Association. The Center hosts a weekly radio program, This Week in Texas Music History, which is broadcast on NPR affiliates throughout the Southwest to an estimated one million listeners. 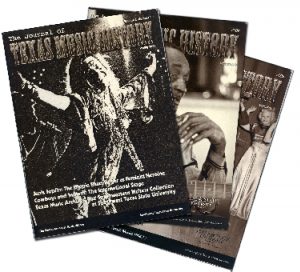 The Journal of Texas Music History

The Center also puts together the The Journal of Texas Music History, a scholarly magazine published once a year and offered for free to anyone requesting a subscription via the Center’s mailing list. PDFs of the Journal, including back issues, can also be found under “Publications” on the Center’s web site, www.txstate.edu/ctmh.

In addition to the Journal, the Center’s other publishing projects include the John and Robin Dickson Series in Texas Music, an award-winning book series, and The Handbook of Texas Music, which was produced in collaboration with the Texas State Historical Association. In 2008, the Smithsonian Institution featured The Handbook of Texas Music, which includes hundreds of articles written by both Texas State graduate students and leading historians, in a national exhibit on Texas history and culture. Other titles in the John and Robin Dixon series include Alan Govenar’s Everyday Music and Texas Blues, Brian T. Atkinson’s I’ll Be Here In The Morning: The Songwriting Legacy of Townes Van Zandt, and Hartman’s own The History of Texas Music. Hartman says more books are currently “in the pipeline.”

Also in the pipeline is the Center’s 2013 “Texas Music Unplugged Concert.” Hartman says a firm date has yet to be scheduled but that the concert is usually held on a Tuesday evening in April, with the venue likely to be the Texas Music Theater on the Square in San Marcos. Like past years’ installments of the series, the Unplugged Concert will be free and open to the public. “It is a unique acoustic show and an opportunity to hear Texas music in its purest form,” Hartman enthuses. “In the past we’ve featured such artists as Randy Rogers, Joe Ely, Marcia Ball, Raul Malo, Eliza Gilkyson, Stoney LaRue, Flaco Jimenez, Terri Hendrix, Ray Wylie Hubbard, Roger Creager, Tish Hinojosa, and others. We don’t have the lineup confirmed yet but it will be on our website by the time this issue comes out. It is certain to be a memorable night.”

Come this time next year, the Center for Texas Music History will be celebrating its 15th anniversary. Hartman and his colleagues have accomplished a lot in that time, but as he’d likely be the first to admit, the Center’s mission is only just beginning. In order to ensure that it’s around for many more years and generations to come, donations are, needless to say, always welcome. Especially endowments. For $2 million, for instance, one could endow a chair in Texas Music History, allowing the Center to hire another fulltime faculty member and staff member and still have money left over to go towards the development of courses and outreach programs. And for a mere $8 million, one could pretty much endow the entire Center — covering the hiring of the entire faculty and staff as well as the full development for all of its programs.

“For you or me, $8 million is a ton of money,” Hartman admits. “But there are people out there who have that money and for whom that’s actually very affordable — and that would include naming rights. It would be the John and Jane Doe Center for Texas Music History at Texas State University. That would be it. And if you compare that to a lot of other universities and the money required to endow a center, it’s a bargain. If someone wanted to step forward and endow a John or Jane Doe Chair for Texas Music History, they could do it for a reasonable amount of money and they would get a lot of bang for their buck. It would do a lot and it would mean that the center would be here forever and we could continue to educate people about the importance of our musical heritage here in Texas.”