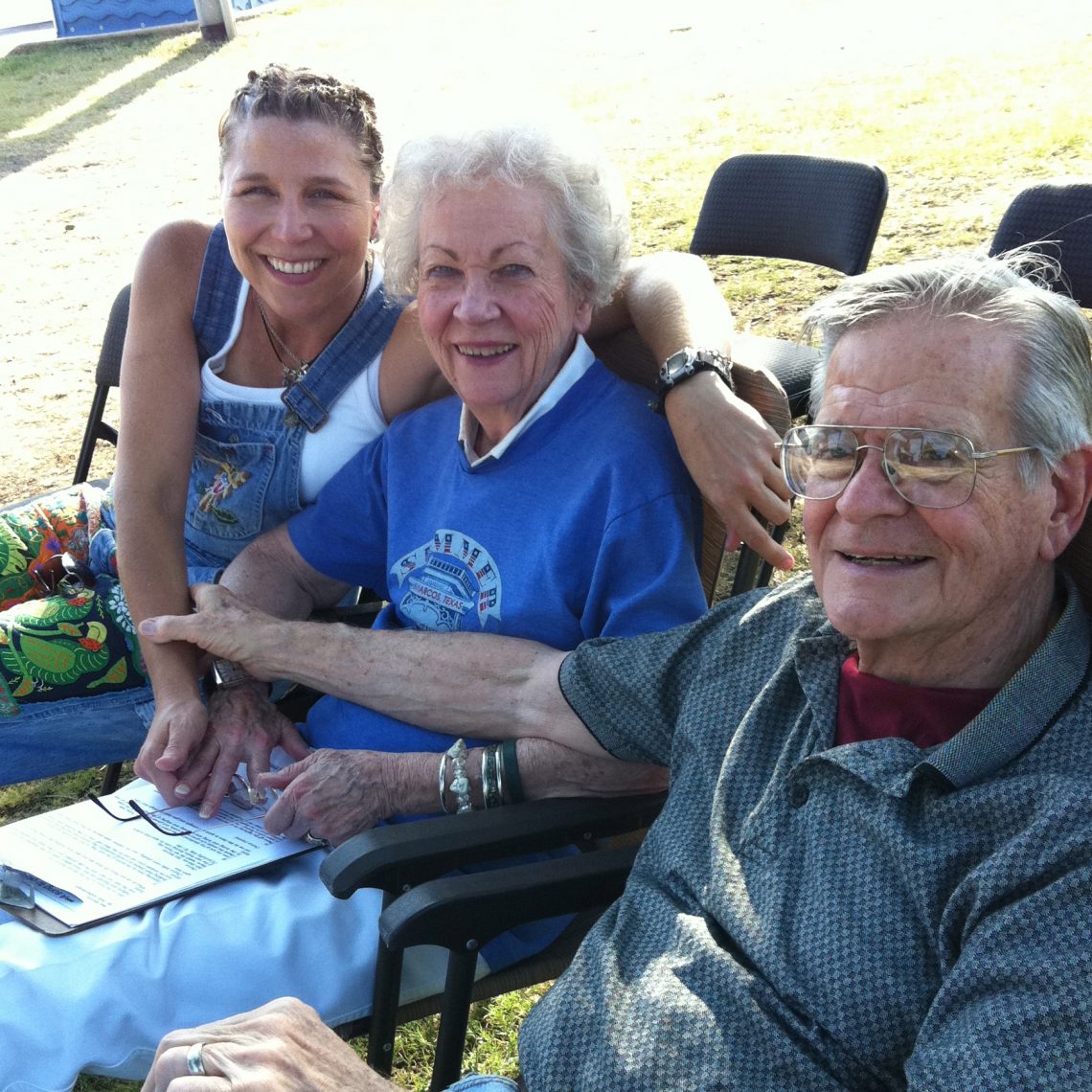 Terri Hendrix with Marie and Ron Jager at the San Marcos Summer in the Park Concert Series. (Courtesy Terri Hendrix)

When I think about just why I like San Marcos so much, Ron and Marie Jager come to mind. They remain among the most inspirational people I have met because they embody the art of giving, loving, and paying it forward. Their involvement in community service here in San Marcos includes launching both Sights and Sounds of Christmas and the Summer in the Park Concert Series. The couple has also received the award for Best Downtown Adaptive Reuse Project in the State of Texas, given by the Texas Downtown Association. They achieved this honor for the major role they played in overhauling the Price Seniors Center in San Marcos.

As the Jagers continue all aspects of community service, they still remain the backbone of the Price Seniors Center. Inside this Texas treasure you’ll find wooden columns and pillars that Ron lovingly built by hand to frame the stage of the main banquet room, where everything from weddings to performances take place. Marie oversees the functions while keeping numerous scrapbooks of “all things San Marcos” in chronological order. Having her as one of our historians is invaluable to the San Marcos community because it will always give a glimpse of how life was in our town.

Yep, Ron and Marie Jager are rock stars in my book. The city of San Marcos is lucky to have them. And me? I’m better off for having them in my life.

For more information about the Price Seniors Center, visit www.priceseniorscenter.org.

Next post Songs & Stories of San Marcos: The Center for Texas Music History