Songs & Stories of San Marcos: Ike Eichenburg Just another Texas songwriter/jazzbo-hippie-carpenter with a summer home in in the Virgin Islands 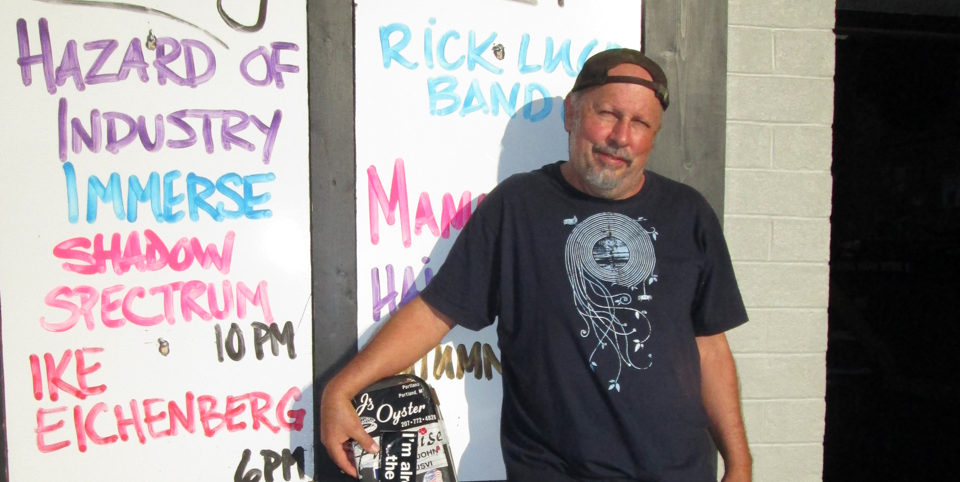 Ike Eichenburg may not be the most famous graduate of Cheatham Street Warehouse’s lauded “Class of ’87” songwriters circle, but given that he’s built a life and career for himself that allows him to spend half the year in the Texas Hill Country living off the money he makes from playing music the rest of the year in the U.S. Virgin Islands, well … let’s just say a guy could do a lot worse. 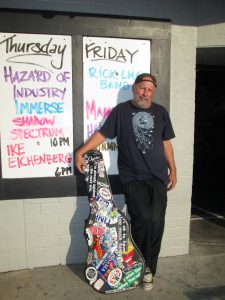 “It’s quite wonderful there,” he says of St. John Island, which the Pennsylvania native first happened upon in the late ’70s during his self-described “young-hippie-travelling-around-looking-for-adventure” phase. He found work there as both a carpenter and a mandolin player playing in bands for the tourist traffic, and might never have left had a girlfriend at the time not convinced him to move with her to Austin in the early ’80s. Central Texas suited him just fine, too, offering lots of opportunities for a sideman with the chops to play jazz, western swing and big band music. He occasionally accompanied songwriters, too, which is how he happened upon Cheatham Street in the late ’80s and started writing songs of his own.

“John Arthur Martinez asked me to play mandolin with him during his turn on songwriter night, and it was so much fun I thought, ‘Geez, I gotta get me a song — I want to be the person singing.” He returned the following week with his first song — “My Baby Loves Me and It’s a Sunny Day” — and kept coming back week after week. “Back then everybody was doing three songs at songwriter night, and I remember being really excited when I could do all three song in my spot.”

Although he’s written a number of blues, country, and folky tunes over the years (including his recent Facebook protest anthem, “I Had to Put You On Hide”), Eichenburg’s signature style has long drawn on the jazz and swing music he started out playing. Or, as he jokingly calls it, “10 chords and a lie.” “It’s been kind of a double-edge sword,” he says, “because I think attempting to write songs with a lot of chords like Cole Porter or Bacharach has helped set me apart some, but it also kind of limits me to places to play. I don’t typically get gigs at a lot of honky-tonks.”

Regardless, plenty of people have still heard his songs. Fellow “Class of ’87” notable Terri Hendrix has been playing three of her favorite Eichenburg songs for years (“Take Me Places,” “You Belong in New Orleans,” and “Le Mezet”), and also recorded them on her albums. Eichenburg has released two CDs of his own (1996’s The Essential Beatnik Jazz and 2006’s Outta the Blue), and still plays out as often as he can — both locally with gigs at the Triple Crown and San Marcos’ Summer in the Park Concert Series, and up to five lucrative nights a week for packed crowds of tourists, sailors and happy ex-pats during his seasons in the Virgin Islands.

“It’s a great way of life down there,” he admits. “But I love the Hill Country and my Hill Country home here, too. I still think Central Texas has got to be the best spot in the whole world for music.”