Songs & Stories of San Marcos: The Texas Jamm Band The Ace in the Hole Band's ace in the hole 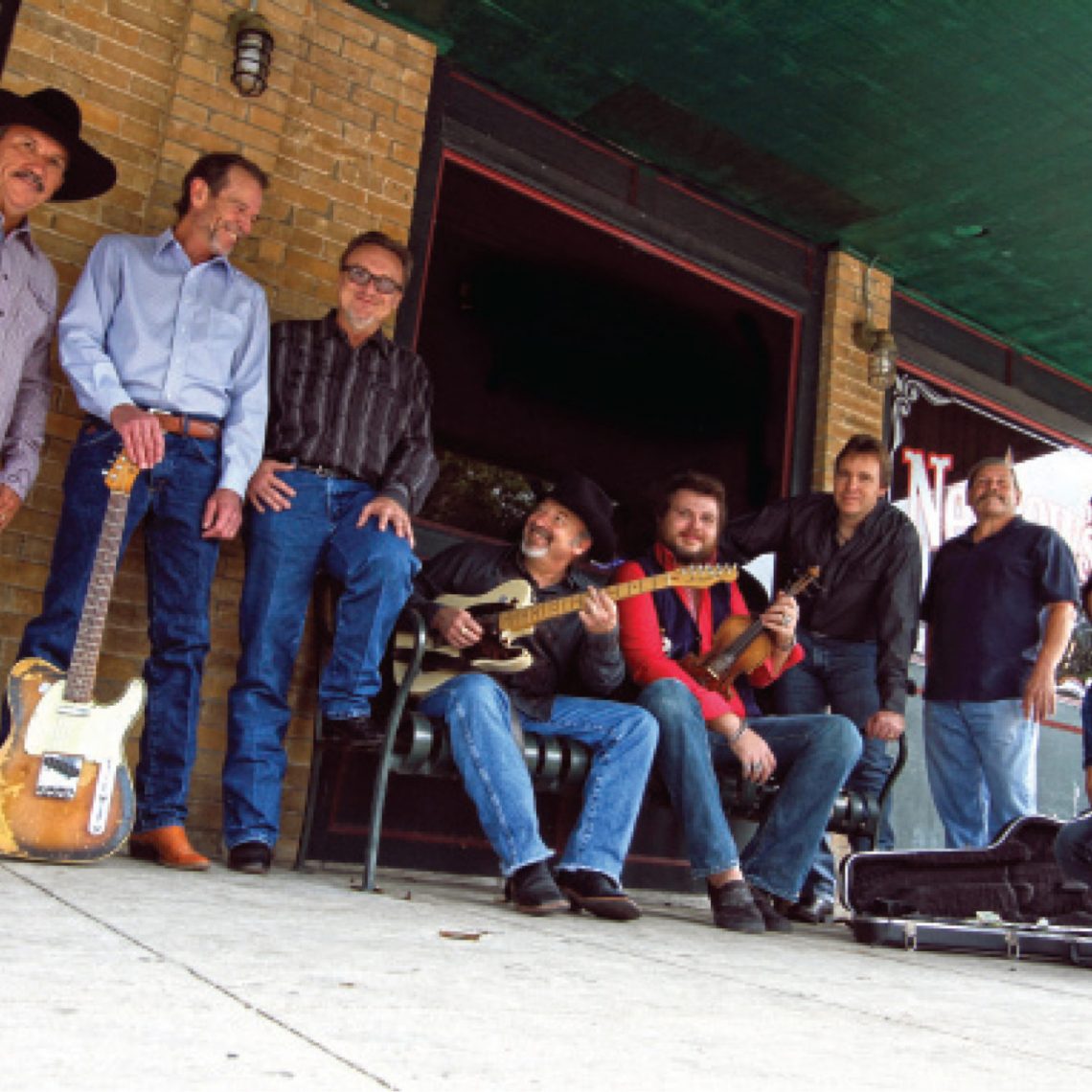 Courtesy of the Texas Jamm Band

When Country Music Hall of Famer George Strait made the announcement back in September that his current tour would be his last, the members of his long-time road band, Ace in the Hole, probably didn’t sweat their future all that much. Oh, there will be grown men shedding tears after that last show, for sure, but odds are nobody in that band’s going to be out of work for long. At his press conference announcing his two-year “The Cowboy Rides Away Tour,” Strait stressed the point that he was not — repeat, not — “retiring.” For starters, he’ll be leaving the door open for any and all “special” events that might come along and strike his fancy down the line. “I hope I still have a lot of those left in me,” said Strait — and it stands to reason that he’ll know just the guys to call if or when (but more likely when) he needs backup.

Come that day, though, Strait just better hope his go-to guys aren’t already booked, because years on the road with country music’s biggest star looks damn good on a resume. And four of his Ace in the Holers already have a pretty good side gig that’s primed for full-time as soon as their calendars open up: The Texas Jamm Band.

“The reason we’re called the Jamm Band is because we’ve never had a rehearsal,” says piano player Ronnie Huckaby. “We just decided to get together once a week down on the Square in San Marcos [where Huckaby and fellow band member Mike Daily live] to play some of the music we grew up listening to and grew up playing — really old stuff, like Ray Price shuffles and Hank Williams or just whatever. I think we started off at Nephews, then moved to Cheatham Street, then went back to Nephews … That was probably almost 20 years ago.”

They’re still at it, though, finding time for TJB gigs — from fair and festival appearances to private corporate parties — whenever Strait’s between tours. “We’ve travelled and played some all along,” Huckaby says. “And we’ve been going out to Vegas during the National Rodeo Finals now for six years.”

And last fall, they finally got around to finishing their own (self-titled) album. “The Ace in the Hole Band did another album once, but that was George’s touring band, and this is sort of broken off from that,” explains Huckaby. “There are four of us from Ace in the Hole that play in the Texas Jamm Band, and then we have some other guys that play with us, too.”

Out of the four pulling double duty in both bands, only pedal-steel player Daily was a founding member of Ace in the Hole back in 1975, when the band recruited then-unknown singer Strait and started making country music history at Cheatham Street. Huckaby and guitarist/fiddle player Benny McArthur both joined in ’83, and guitarist Joe Manuel about six years ago. The “other guys” in the TJB — all packing impressive resumes of their own — are Dan Dreeban on drums, Haydn Vitera on guitar, fiddle, and vocals, Tom Batts on bass and vocals, and Chris Whitten on fiddle.

That’s a lot of talent (not to mention fiddles) for one band, which makes the troupe’s debut album and live shows a Texas-sized treat for fans of straight-up (no pun intended) traditional country. And naturally, they plan to start playing together a whole lot more once this last Strait tour wraps up. “It’s weird, but the timing couldn’t have been better,” says Huckaby. “We finished the record in August and just decided we wanted to kick things up a notch and play more dates, and then in September, George came out with his announcement.”

Huckaby expects that the TJB will “kick in pretty good” this summer, given that Strait’s last gig for the year is June 1. He says Strait has another 20 shows currently scheduled for 2014, “and then that’s going to be it as far as touring as we’ve known it for the last 30 years.”

Texas Jamm Band waiting in the wings or no, that’s bound to be tough to think about. “I’m just going to enjoy every show that we go out and do with George on these remaining shows,” says Huckaby. “And they really have been wonderful. We’re doing a lot of older songs that we haven’t had the opportunity to play in years, and George is also spending a lot more time talking to the audience — which is a big deal, because anyone that’s ever seen him in concert knows that he’s not necessarily big on talking. The shows are also running a little longer, and the people really seem to be going nuts over it and it’s been a blast for us, too.

“George is a classy guy and everything about his show is classy, and it’s nice that people think of you that way,” he continues. “So I’m just proud to have been a part of that all this time.”