Sir Doug gets his due 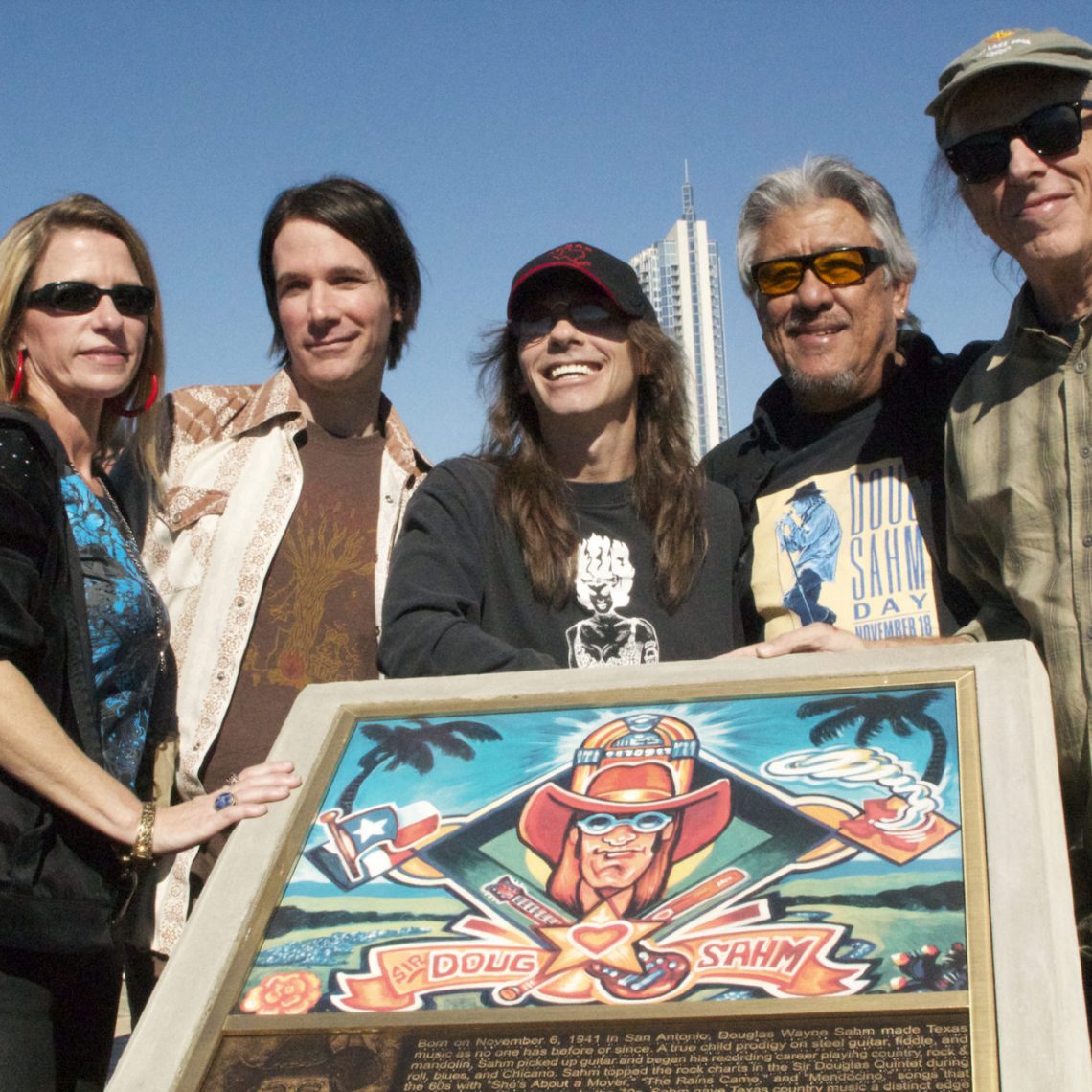 On what would have been the Texas icon’s 69th birthday (Nov. 6), the late, great Doug Sahm was honored with the unveiling of his own historic marker in Austin. Located on (where else?) Doug Sahm Hill in Butler Park, across from Auditorium Shores, the memorial features a colorful caricature of the legendary Sir Douglas Quintet frontman surrounded by a jukebox, a Texas flag and a (Texas) tornado. A banner underneath reading “Sir Doug Sahm” is decorated with a guitar and a baseball bat crossed like an X. The artwork was done by Sahm’s longtime friend, noted artist Kerry Awn, and the short bio was written by Austin Chronicle music writer Margaret Moser. The text describes Sahm (a native of San Antonio) as “a true child prodigy on steel guitar, fiddle and mandolin” who “helped put the Austin music scene on the map.” Among the Sir Doug family and friends in attendance at the ceremony were his daughter Dawn and sons Shandon and Shawn Sahm and former bandmates Ernie Durawa and Speedy Sparks.

Next post Closing time for ACL at Studio 6A