Shane Smith & the Saints, marching onward and upward As their 2015 sophomore album “Geronimo” continues to gather momentum, the fast-rising but level-headed Austin roots band looks ahead to the next stage of their career. 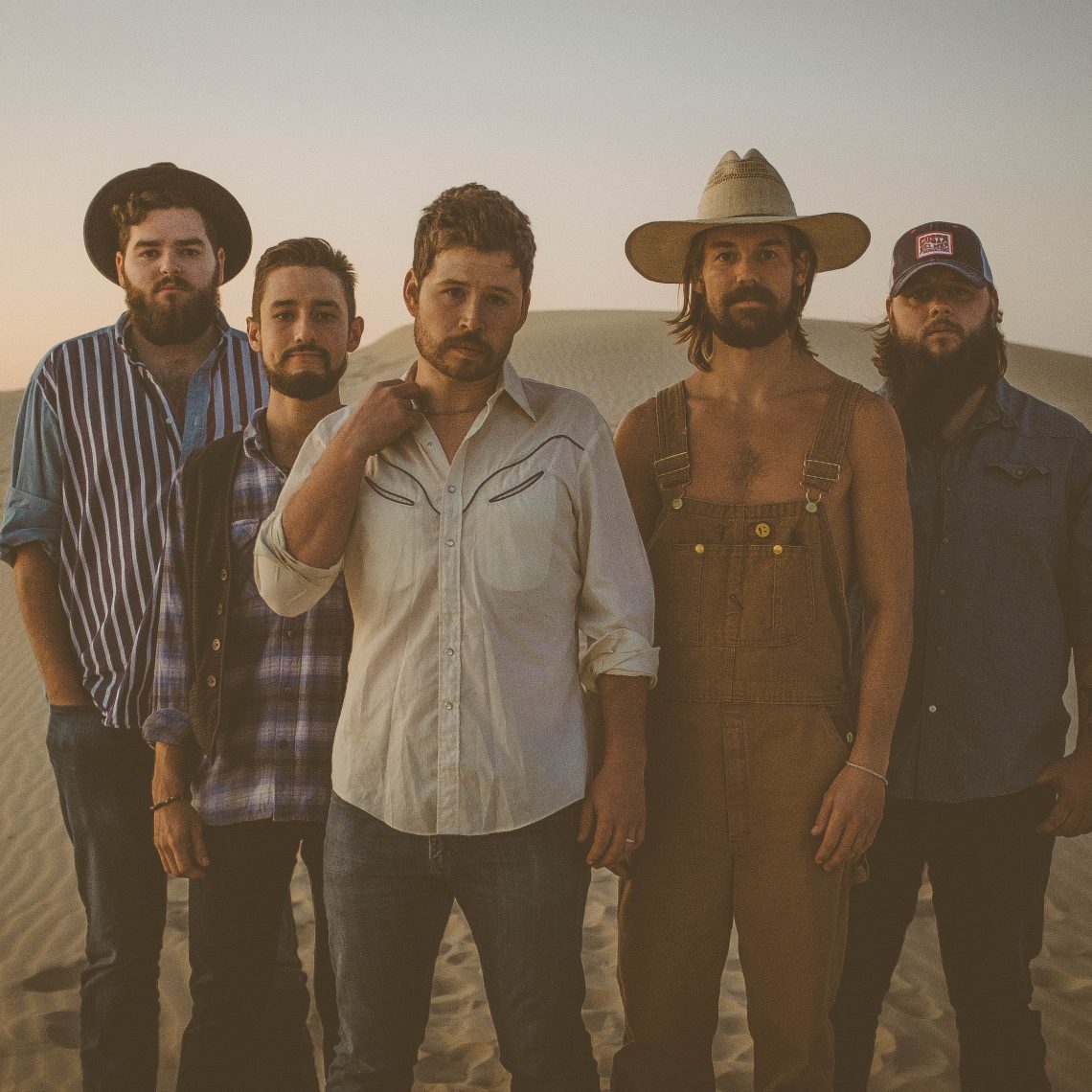 From a glass-half-empty point of view, maybe 11:30 a.m. on Day 3 isn’t the most ideal time slot for a band to be assigned at the Austin City Limits Music Festival. But if any member of Austin’s Shane Smith & the Saints feel that way walking out onto the Miller Lite Stage at Zilker Park, they sure as hell aren’t showing it. Instead, they seize their given moment on this first Sunday morning in October with full-tilt intensity, playing for the modest but respectable crowd of 300-or-so early birds with the sure-footed confidence and conviction of headliners in front of thousands.

They’re not quite there, yet; but judging by the whirlwind ride they’ve been on since the September 2015 release of their second album, Geronimo, it’s really not a matter of if they’ll ever get to that proverbial bigger stage, but when. You can practically see it happening in real time. By the time Smith and the Saints finish their 45-minute ACL Fest debut with a stunning cover of “Seven Bridges Road,” they’ve easily doubled if not nearly tripled their initial crowd. And as it turns out, this wasn’t even their biggest show of the weekend.

“Last night we played with Turnpike Troubadours and William Clark Green in front of about 4,000 people,” says frontman Shane Smith half an hour after the band’s ACL set — and less than 24 hours after playing Wolf Pen Creek Amphitheater in College Station. The night before that, the band was at Billy Bob’s, Texas in Fort Worth — on their own.

Granted, they didn’t sell the joint out: the so-called “World’s Largest Honky-Tonk” holds up to 6,000, and Smith estimates that the biggest crowd they’ve played to so far as headliners themselves was “probably about 1,400 people.” That ain’t shabby by any means, but it still leaves Smith & the Saints plenty of room to grow compared to some of the biggest acts on the Texas/Red Dirt scene. But take a look back at their tour schedule over the past 12 months, and it’s clear that they haven’t exactly been focusing all their time and effort on conquering the regional hill.

“We’ve gotten to play about half of the U.S. this year, hitting lots of different markets, which is really exciting for us,” says Smith. Last year, they even made it all the way to Ireland to participate in something called the “Red Dirt Pub Crawl” — and they’ve been invited back to the Emerald Isle for a second crawl this December. But Smith is quick to insist that none of this means that they’re forgotten their Lone Star roots.

“We owe everything to that scene, and to those fans and those radio program directors — they are genuinely our foundation,” he says. “But we’re also trying really hard to branch out to new markets. Not just geographic markets, but different fanbases, too.”

He points to a recent show they played with Shakey Graves and Ryan Bingham as an example of the broader Americana — but hardly mainstream — audience they’re aiming for, if only because that’s where their music is naturally leading them. And based on the evidence of both their stirring ACL Festival set and Geronimo, that’s the world they truly belong to. Although Smith and the Saints — fiddle player Bennett Brown, lead guitarist, mandolin, and Dobro player Tim Allen, bassist Chase Satterwhite, and drummer Zach Stover — all call Texas home, their passionate, harmony-infused style of roots rock leans a lot more towards influences like Levon Helm and The Band and even ACL headliners Mumford & Sons than it does to classic honky-tonk or the kind of music most of their young Texas and Oklahoma peers are making. Sure, there’s that one song about Texas boom towns gone bust (“Oil Town”), and their single “All I See Is You” is the kind of ultra-catchy, driving love anthem that demands and deserves as big an audience as possible on Texas radio and beyond; but they also write and sing compelling songs about Appalachian mining towns, 19th-century New Orleans, and of course a certain famous leader of the Apache Indians. No one could ever mistake the Saints for a gimmicky retro act, either, despite their tight four-part harmonies and the fiddle player’s penchant for the hillbilly overalls-over-no-shirt look. Their music is charged with a Springsteen-level surge and passion that comes across even in the quietest moments, and when they go full-bore acoustic, it’s less O Brother and more Basement Tapes.

“I feel like right now we’re at our highest point of momentum so far, just off of this weekend’s shows alone,” Smith says to nods of agreement from the rest of the band. “It started about a month before the album came out, honestly. We sold out the Parish in Austin one week before it was released — we were celebrating the record being finished — and we could kind of tell just from that that it was like, ‘OK, hopefully this is a really good sign.’ And it was. It’s just been an extremely consistent push upward this whole year, and whether that continues to happen with this record of if it kind of levels out, so be it. Because right now, we’re already in the process of finishing up songs for our next record.”

They haven’t started recording yet, nor are they ready to give themselves a hard deadline. But they do hope to have it out sometime next year. “We’ve got a lot of songs up to bat right now that we’re really excited about,” Smith continues.

Those songs can all wait, though, because what Smith and the Saints are most excited about at this particular moment is celebrating the fact that they’ve got the rest of this fine day off in their hometown — and they just happen to be at a pretty sweet festival packed with acts they’re all looking forward to catching. Bassist Satterwhite runs down a handful off the top of his head: Kacey Musgraves, Chris Stapleton, Nathaniel Rateliff, the Local Natives …

“James Hunter Six!” chimes in guitarist Allen enthusiastically. Smith nods and laughs, “Now, whether we make it to all those is another matter …”

They’ve yet to decide if they’ll be roaming the sprawling festival grounds as a group or taking the divide-and-conquer approach, but either way they’ll for damn sure all be catching the evening’s headliners, Mumford & Sons. Asked their thoughts on the phenomenally popular London folk-rock band’s somewhat controversial third album, 2015’s electrified and banjo-free Wilder Mind, the Saints unanimously assert their respect and approval. “It’s good to see that progression, especially as an artist,” offers Brown. “Because doing this, you understand that sometimes you want to change and progress, because you as a person are changing. And sometimes there’s backlash when you do that as an artist, but I think its awesome.”

Smith nods in agreement. “If you’re not taking a risk and broadening your horizon and opening up your sound, you’re probably going to end up stagnant,” he says.

Which of course begs the question: Are Shane Smith & the Saints ready to really shake things up with their own forthcoming third album?

“We’re just trying to make something that we can all be proud of, even when we’re older,” he says. “We want to make music that we like, and if we like it a lot and fans are responding to it, I think we’re doing a good job. So … we’re just going to try to keep doing that.”