Q & A: Josh Ritter The acclaimed singer-songwriter talks about touring with Jason Isbell, his thoughts on the Americana label, and why despair doesn’t always make for the best muse. 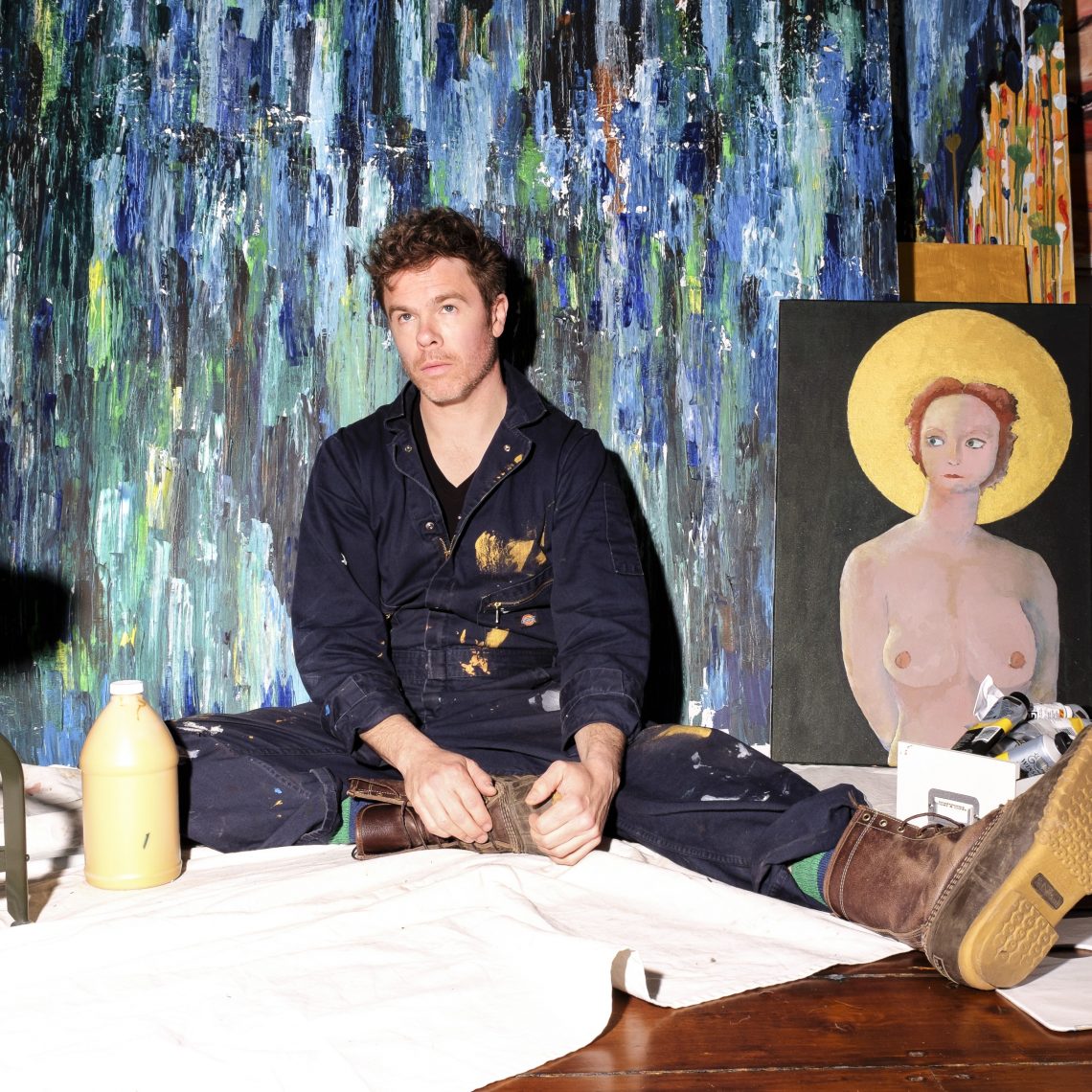 Hailing from, of all places, Moscow — Moscow, Idaho, that is — Josh Ritter is one of the most literate singer-songwriters currently working within the Americana genre. Picking up his first guitar at a local K-Mart, Ritter left his rural Idaho confines for college in 1995 and released his self-titled debut album at 21. But it was with his second album, 2000’s Golden Age of Radio, that his career really started to take off, especially in the U.K. and Ireland, thanks in part at least to the enthusiastic support of Glen Hansard and the rest of Ireland’s the Frames. He would go on to quietly amass a formidable back catalog of verbose and vital rock and alt-country, with critically acclaimed albums like 2003’s Hello Starling, 2006’s The Animal Years, and 2007’s The Historical Conquests of Josh Ritter cementing his reputation as a serious contender on both sides of the Atlantic.

Although Ritter’s unique eclecticism has long appealed to fans across genres, his recent effort, — Sermon on the Rocks (released a year ago this week) — found him taking a particularly bold stylistic detour. The album featuring an almost ’80s pop sheen that envelopes his astute narratives in all the right ways, with songs like “Henrietta, Indiana” and “Birds of the Meadow” sounding like a sober Paul Westerberg taking a stroll down Tin Pan Alley. But he’s still clearly influenced by such legendary wordsmiths as Bob Dylan and Tom Waits, which is why his recent pairing with Americana favorite Jason Isbell for a run of tour dates actually makes perfect sense. Granted, Isbell’s fans won’t find quite the same kind of rough and tumble wisdom in the songs of Josh Ritter, but what they will discover is that both artists speak the truth; they just come at it from different perspectives. Where Isbell’s approach often suggests a bumpy road, Ritter’s is more like a fine skater traversing a smooth lake of ice.

Speaking from a tour stop in Nashville, Ritter was kind enough to take a few minutes to talk about his match up with Isbell, his writing process, and the direction he’s taking for his next album.

So, how did this tour with Jason Isbell come about, anyway? And how have the first shows been?

The tour has been just amazing. We are on our fourth show and the places have been packed and the people have been rowdy. It has been incredible. It came about because Jason and I have known each other for a long time. I’ve always respected Jason and it was a pleasure to be asked on this tour. Everyone is having a ball.

Do the two of you ever play songs together?

We’re still early in the tour, but that might happen. I’ve always loved his songs.

Are the demographics of the audiences noticeably different, seeing as how your styles are not that similar?

On a good night, a show should feel a certain way. It should always feel special. When it’s not happening, you know it quickly. On this tour, every night we have had an incredible, receptive audience. It has felt like home on stage.

You actually have been referred to as an Americana artist before — quite often, in fact. Are you comfortable with that term?

I am comfortable with any term that allows people to find my music. I’ve never cared about genre busting. If you are good at what you do, you are going to play in a variety of styles. The term “Americana” doesn’t bother me at all.

What is the best way to describe your music?

I always say that it is rock ’n’ roll with lots of words. I think I am influenced by some of those really wordy folks. It can be Cole Porter or Bob Dylan or Tom Waits or Gillian Welch.

Back in 2006, Paste magazine listed as one of the hundred best living songwriters. In the decade since, have you moved up or down that list?

The good part is I am not on the dead songwriter list. That is good. There are so many more of them on that side!

If you weren’t writing and performing music, what would you be doing?

There are all kinds of things that I think would be fun. I really enjoy writing. I probably would want to be a novelist. I should say that I would remain a novelist. [Ritter published his first novel, Bright’s Passage, in 2011.]

What is your literary style?

I just write what feels familiar to me and when you get to that point, which is the style you are going for … [it’s] whatever flows out the easiest. There are times for editing, but I like the original gushing of words. It is kind of hard to control and even harder to put a style to it.

It’s been a year now since your last album, Sermon on the Rocks. Are you working on the follow-up?

I am working on a new one really hard right now. The juices are flowing. I am pounding away at it. There are certain philosophies that you go into each album with that are different from one to one. The key is to always want to do it better the next time. That can mean doing it a bit differently, but each album evolves fairly naturally. This one feels big and pretty fun.

Many artists talk about how some of their best work comes during some of the worst moments, that creativity is fed by depression. Do you agree with that?

I think that is true in some ways, but I would never seek out those difficult times. I tend to find that I don’t write so well when I am down. Down is not the spot for me. Even when I was going through a divorce, that time was not a time when I was writing. It was when I wasn’t feeling that bad and when I could examine things from a wider perspective that I found a better place to write. There is that age-old problem of staying hungry. You have to drive yourself to play differently and change. Sometimes, it takes so long to surprise yourself. And when that happens, it is totally gratifying.