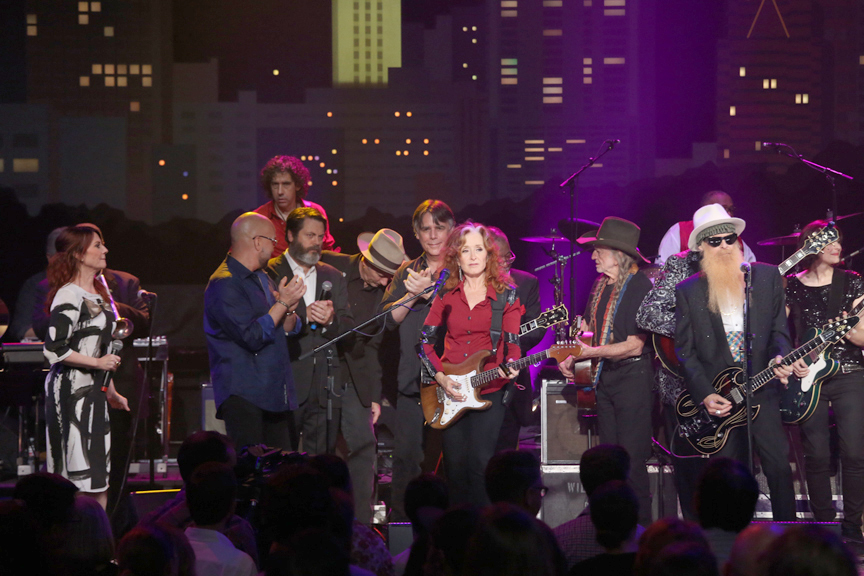 Rodney Crowell, Mavis Staples and ZZ Top’s Billy F. Gibbons showed up to talk about their pals and play music, aided by Willie Nelson, Taj Mahal, Gary Clark Jr., Eve Monsees and the B.B. King Blues Band, which carries on in its founder’s name. All played along with the conceit of staging a New Year’s Eve celebration; an edited version of the awards presentation will air nationally on Dec. 31 and likely anchor that slot permanently, according to ACL host/executive producer Terry Lickona.

When it ends its just-started 42nd season, the public-television show officially will become the longest-running live-music TV show in the world, Bill Stotesbery, CEO and general manager of host station KLRU, announced proudly. When ACL taped its pilot in 1974, no one dreamed it would outlast England’s Top of the Pops, much less become a world-renowned institution or begin recognizing key figures with its own hall of fame.

Though that hall of fame has no physical home yet, as the number of inductees grows, it’s certain to gain one. In 2014, Willie Nelson, Stevie Ray Vaughan & Double Trouble, Lloyd Maines (the event’s music director and band leader), founder Bill Arhos and early supporter Darrell Royal, the famed University of Texas football coach, became the first inductees. Asleep at the Wheel, Flaco Jiménez, Guy Clark, Townes Van Zandt, Loretta Lynn and the original ACL production crew were inducted in 2015. 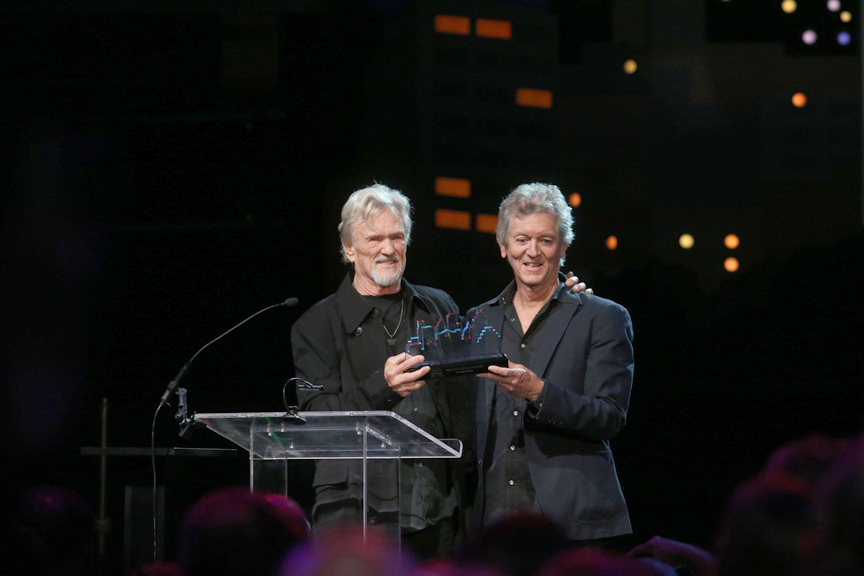 “Kris is on my Mt. Rushmore,” said Carll. “He’s essential to music. Essential to songwriters.” In his induction speech, Crowell said Kristofferson was the first male songwriter who was willing to show vulnerability.

“He just grows better and better,” Crowell added as he welcomed his friend.

Kristofferson stated simply, “This is as good as it can get.” Then Crowell serenaded the audience with “Chase the Feeling” and “Help Me Make it Through the Night” before Kristofferson approached a mic. He looked healthy, but sounded frail, as he sang “Lovin’ Her was Easier” and “For the Good Times,” then strummed and tapped his booted toe while Nelson sang “Me & Bobby McGee.” 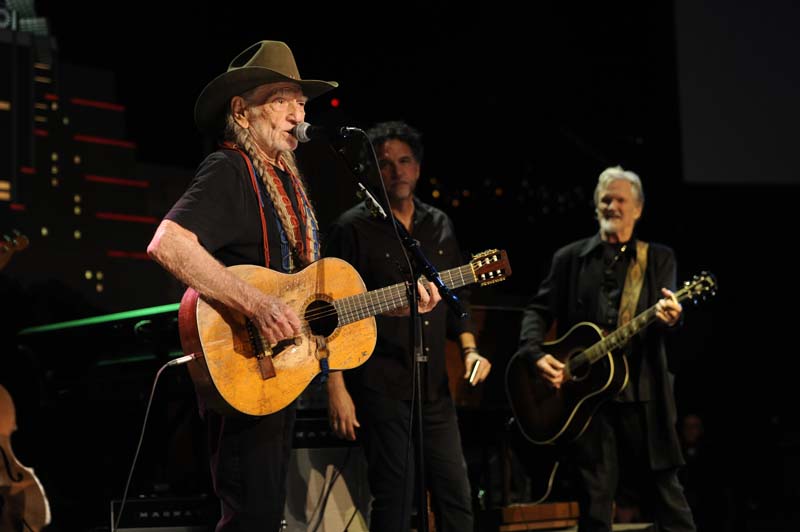 Susan Tedeschi, Jimmie Vaughan and Monsees discussed Raitt’s distinctive guitar sound in her intro; Monsees also noted that because Raitt paved the way, she was able to play guitar without thinking about whether it was something women did.

The tape also depicted one of Raitt’s favorite ACL memories — and one of the show’s finest moments: her duet with John Prine on “Angel from Montgomery.”

Inductor Staples related a favorite story about how her father, Staple Singers patriarch “Pops” Staples, loved Raitt so much, his daughter felt twinges of jealousy. The tables were turned, however, when Mavis met Bonnie’s dad, actor and singer John Raitt. The pair have been as close as sisters ever since.

“I swear, if it wasn’t for Austin City Limits, I don’t even know if I would have this kind of standing in the business, and I really appreciate them for showcasing music,” Raitt said.

“As you know,” she continued, “Mavis and I have stood up to oppression and injustice and inequality, and I wanted to pick a song for us tonight to do together that reflected our commitment to making the world a better place. … I picked a song by my friend Danny O’Keefe and this young songwriter named Bob Dylan. It’s as relevant today as it was when they wrote it.”

Backed by Maines on pedal steel and David Grissom on guitar, the women raised their powerful voices in harmony on “Well, Well, Well” as Raitt moved her slide finger along the neck of a deep blue resonator. Then she invited Taj Mahal onstage for a gritty, groovy “Gnawin’ on It.”

Nelson accompanied her on “Getting Over You,” which she recorded with him for 1993’s Across the Borderline.

“One of the highlights of my life was looking through the studio window and realizing I had made it enough to sing with Willie Nelson,” she said, before dedicating the song to its author, Bruton.

Mahal and Staples returned for the song that helped make her a star: John Hiatt’s “Thing Called Love.” Wielding her Stratocaster, Raitt grinned widely while pouring low-down, greasy blues-funk all over the hit.

In King’s video tribute, Monsees observed, “It’s hard to listen to a B.B. King record or watch a clip of him play and not smile.

“I just can’t think of anybody else,” she added, “whose name is more synonymous with a genre.”

“B.B. was the blues,” he said. “His greatest joy was walking out onstage, picking up Lucille and living.” 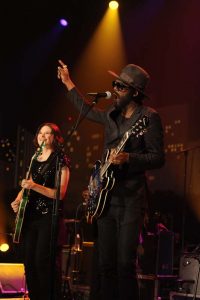 The blues band, fronted by King soundalike Jessie Robinson, delivered “Paying the Cost to Be the Boss,” then Gibbons and Hammond B3 player Mike Flanigin, in matching sparkly black jackets, snaked through a jazzy medley of “The Jungle” and “You Upset Me Baby.”

“I know B.B. is smiling down on us. This one’s for him,” Raitt said as she joined Gary Clark Jr. for “The Thrill is Gone,” a highlight. Clark, whose voice seems to channel King’s timbre, did a sweet “Three O’Clock Blues” before bringing his old friend Monsees out for “Woke Up this Morning,” another cool moment. Nelson led Clark and the blues band through a masterful “Night Life” before everyone appeared for “Every Day I Have the Blues.”

With 10 guitarists and even more voices, it was a jubilant celebration of music — and people who’ve enriched our lives immeasurably with theirs.

Next post Shane Smith & the Saints, marching onward and upward