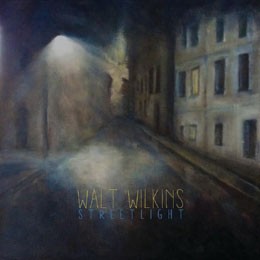 WALT WILKINS AND THE MYSTIQUEROS
Watch It Shine
Hwy 29 Records

No one waxes on the glory of life in the Hill Country the way Walt Wilkins does. He might be one of the most under-appreciated of the modern Texas country scene’s founding fathers, having been best known as the writer or co-writer for many of Pat Green’s best-loved songs (including “Songs About Texas,” “Carry On,” and “Poetry”) long before he started focusing on a fruitful recording career of his own. Since then, Wilkins has continued to hone and refine his craft, penning dozens upon dozens of top-shelf, introspective ballads while good vibing with a host of Texas’ most poetic songwriters. His latest effort — or rather, one of his two latest efforts — is Streetlight, a 14-track hymnal meditating on the awesome spirit of nature and the duties of fatherhood. “Ask Her to Dance” feels like eavesdropping on the conversation of a dad dropping his son off at a school dance. In “Wandering,” Wilkins shares, “A cool breeze of river sings through the pines / my feet in the water, watching the dragonfly fly by.” Later, he moves to full-on gospel (with strings!) with “Grace to Lead Me Home.” The album’s closer, “Watch It Shine,” finds Wilkins sharing a particularly optimistic sentiment: “They say that iron only comes from stars, so stars are in my blood.” In a word, Streetlight is unabashedly mature in scope and talent, even compared to the rest of Wilkins’ solo catalogue. 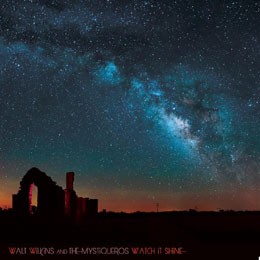 Of course, as most Wilkins fans should know by now, he knows how to cut loose and have a fair bit of fun onstage, too — especially when teamed up with his fantastic choir of co-revelators in the Mystiqueros. Their new album, Watch It Shine, makes for a fine companion to Walt’s solo release (notice how those titles work together?), but it’s a very different kind of record by design — and not just because it’s half studio and half live. Though Wilkins still takes the lead vocal on a song or few (beginning with the opening title track, a different take on the song that closes Streetlight), this is very much a full-band affair. Corby Schaub bellows out “Sea of Blue” and Bill Small croons on “Lay Back” before Jimmy Davis jostles us along with “You Should Be with Me.” There’s also a Dobie Gray cover, “Lay Back,” thrown in for grins. After the studio tracks comprising the first half, the last six songs capture the band onstage at one of their favorite haunts, South Austin’s Saxon Pub. Highlights here include the layers of harmonies on such songs as “Good” (previously given studio treatment on Walt’s solo album, Plenty) and Davis’s tingler “Waiting in the Wings,” not to mention the keys sprinkled throughout the fan-favorite “Trains I Missed.” It finishes with a full-on jam through an 11-minute “Finding My Way to You,” but that only serves to whet the appetite for more. Obviously, no mere half of a live album could ever do justice to the full range of moods and styles heard at a typical Mystiqueros show. But even if that makes the back end of Watch It Shine feel like more of an invitation than a proper exhibition, it’s still hard to resist. And when paired with Wilkins’ Streetlight to make a more generous double-album set in all but name, you really do get a satisfying, bigger-picture view of the last few years of both Walt and the Mystiqueros, organically growing in verse and harmony. You don’t need one album to necessarily enjoy the other, but if you don’t hear them both, you really are missing out on half the fun. — CODY OXLEY