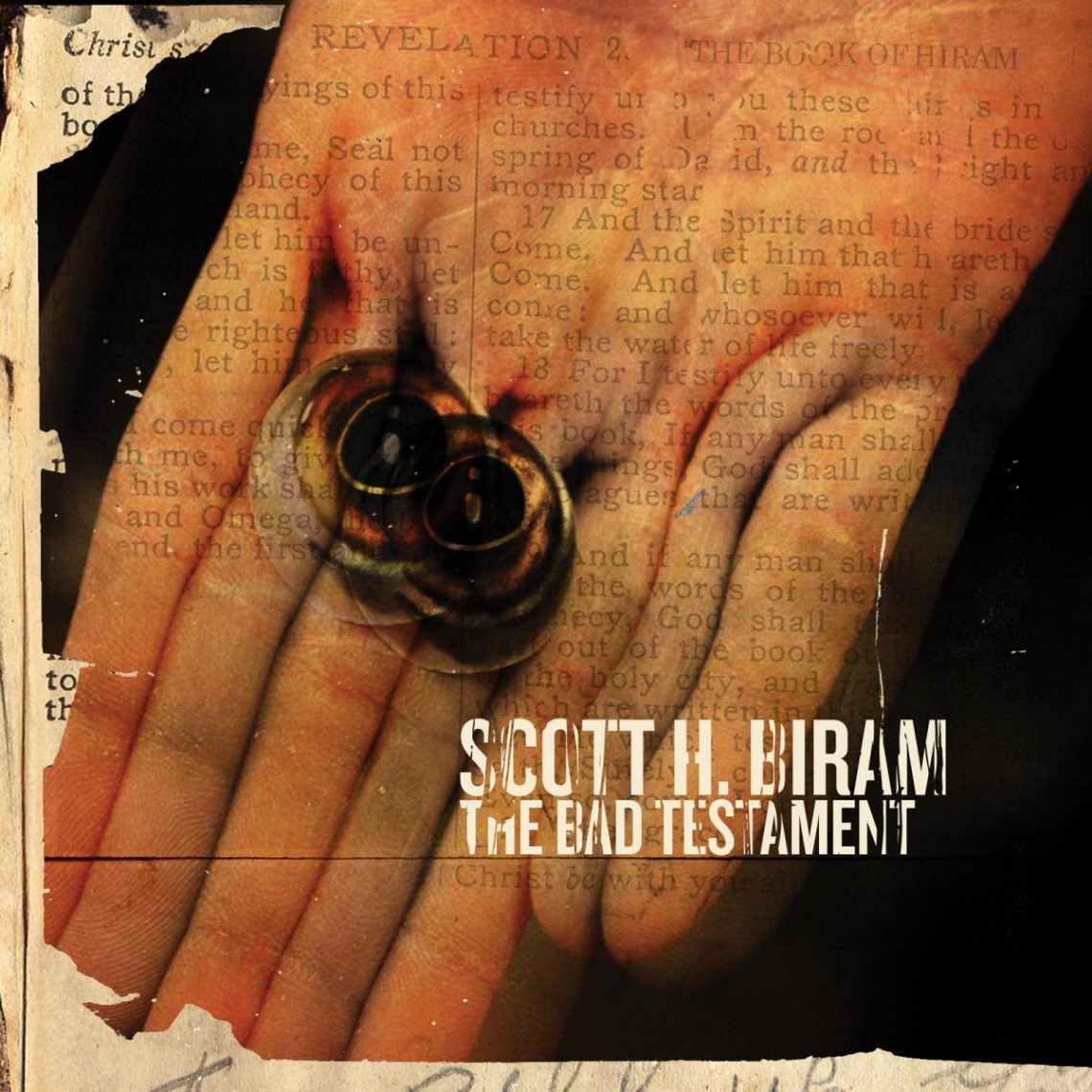 Boozily blazing away on the fringe of a fringe for well over a decade and a half by now, Scott H. Biram has built his “dirty old one-man-band” aesthetic with consistency and commitment. Squeezing greasy sonic blasts out of his guitars and harmonicas, keeping various percussion within kicking or stomping distance, and spinning tales of heartache and mayhem in his double-wide twang, he’s not only a solitary performer but also a pretty singular artist. Imagine a Johnny Paycheck album produced by Tom Waits with Reverend Horton Heat on lead guitar and some unsafely strong liquor getting passed around for the entirety of the session and you’re not too far off; then again, there’s much to be said for just digging in on Biram’s work directly, and his newest release, The Bad Testament, turns out to be a particularly good place to start.

Perhaps the more recent ascendance of Sturgill Simpson could have an indirect rising-tide effect on Biram — Sturgill fans inclined to go a few feet further out on the alt-country limb would find a lot to love here — but Biram gets all the credit for delivering a record that sticks to all his relevant guns but happens to be a notch more tuneful and diverse than his usual take-no-prisoners affairs. You might not hear a more engaging song all year than “Red Wine,” a honky-tonk waltz with Biram’s awesomely hammy vocals rattling off life’s ups and downs with classic country panache. And though he usually gets more credit for his musical chops and overall uniqueness than his songwriting, there’s some especially potent poetry seeping through the low-fi musical grit here; “I am the weapon in your hand, I am the stone that drags you down/I am the rock on which you stand, I am the one that hangs around,” he intones on “Still Around,” more grandiose than his bleary-eyed narratives tend to go. “Swift Driftin’” and “Righteous Ways” stand similarly strong as well-written folk songs even if Biram’s distinct sonic stamp is disregarded.

The last lyrical trip on the album, the bluesy gospel of “True Religion,” might be written off as irony if it weren’t for the spooky conviction of the delivery. It’s one more little pleasant surprise from an off-kilter but highly confident artist before he shifts gears to fan-service mode on a triple-shot of mostly-instrumental throwdowns (“Hit the River,” “Pressin’ On,” “What Doesn’t Kill You”) where the only “lyrics” are wordless whoops and hollers. Just in case anyone thought he might be going soft with those fine country-folk tunes earlier on the record, Biram sends everyone home with a prolonged and unhinged rock ’n’ roll kick in the ass. — MIKE ETHAN MESSICK