Q&A: Jay Farrar The Son Volt frontman talks about “Notes of Blue,” finding inspiration in alternate guitar tunings, and the importance of challenging oneself 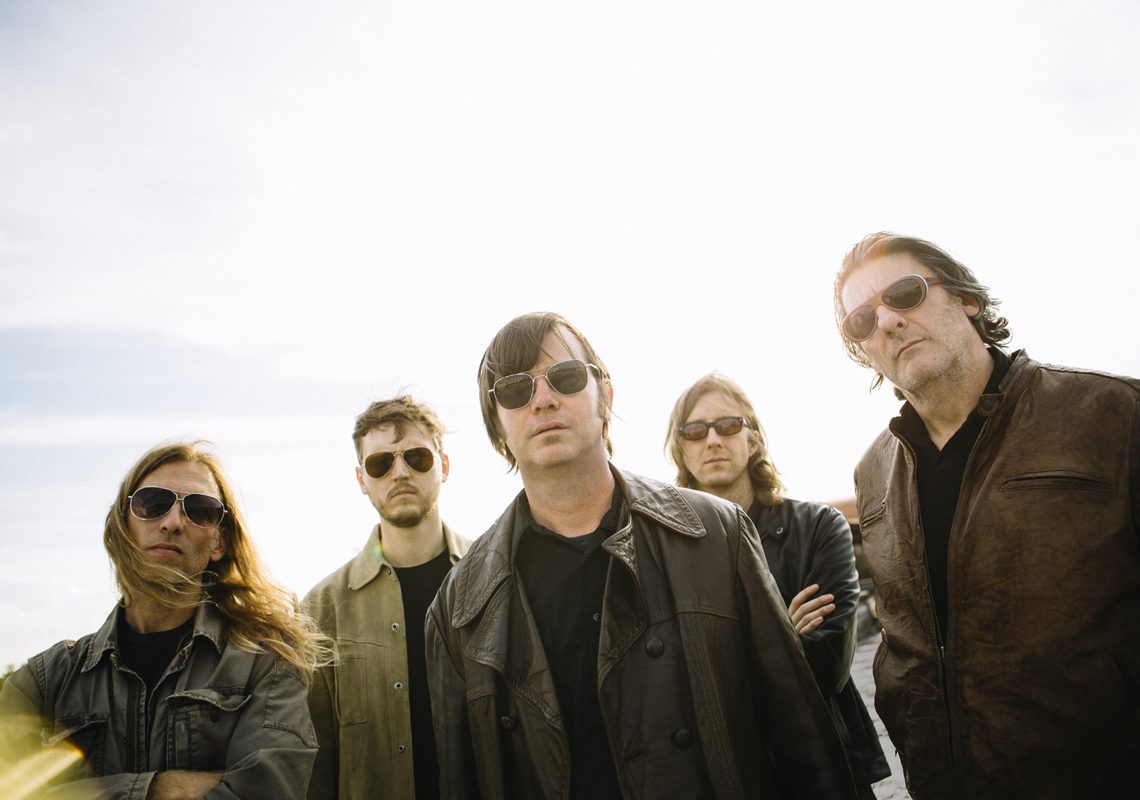 It’s been over 20 years since Jay Farrar launched Son Volt in the wake of the breakup of Uncle Tupelo, the pioneering alt-country combo he co-fronted Jeff Tweedy (later of Wilco) from 1987-1994. In the decades since the release of Son Volt’s iconic 1995 debut, Trace, Farrar has maintained an impressive fidelity to his musical muse, both as a solo artist and along with an ever-shifting cast of bandmates. Notes of Blue, released Feb. 17 on Transmit Sound, is the singer-songwriter-guitarist’s eighth album under the Son Volt banner. The 10-track collection and follow-up to 2013’s Honky Tonk offers characteristically evocative, rough-hewn Farrar songcraft, while delving deeper into the blues, folk and gospel influences that have always been key elements of his musical foundation.

We caught up with Farrar via phone at his home in St. Louis as he was preparing to take Son Volt’s latest lineup on the road to support the new album. In addition to discussing the guitar-driven direction of Notes of Blue, he also talked about his fascination with Nick Drake, what he looks for in a band these days and his thoughts on Uncle Tupelo’s enduring legacy. 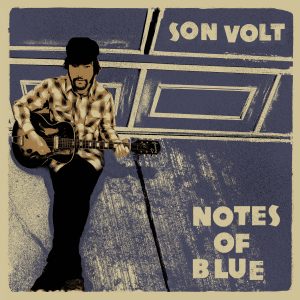 Was the blues-folk element of Notes of Blue something that you were conscious of when you were writing and recording it?

Absolutely. I’ve always been a fan of the blues from the sidelines, but this time I was aiming to find the place where blues and folk and country music converge. I also wanted to focus more on the method of fingerpicking style guitar, which runs from blues to folk.

There were three particular artists whose tunings I wanted to learn: Skip James, Mississippi Fred McDowell and Nick Drake. On the surface, it might seem incongruous to lump those three guys together, but they’re all known for their fingerpicking guitar style. To me, there was always a mystique attached to their tunings, so I wanted to explore their tunings and learn what was in there.

So was the guitar aspect inspirational to the songwriting?

Definitely.  They’re alternate tunings, and everything’s kind of new and different when you’re working with an alternate tuning. The guitar voicing is different, everything sounds different. It really determines the way the melodic structure lines up, and it opens a lot of creative doors along the way.

It definitely influenced the melodic structures of the songs, and I think that in some ways, the blues tunes influenced the lyrical content.  On “Promise the World,” the first song on the record, that’s Nick Drake’s “Pink Moon” tuning; it’s a C-based tuning.  To me, that song represents a bridge to the previous Son Volt recordings using similar instrumentation, with the pedal steel guitar and the fiddle.

Another component is that I really wanted to get back to playing electric guitar. I’d been out supporting the Trace reissue, and for about a year and a half I did a lot of acoustic shows and duo shows, so I was just ready to get back to playing electric guitar. So I brought out the old amplifier that’s pictured on the cover of Trace; it’s an old Webster Chicago amp that was originally an extension speaker for an old wire recorder, which was a method of recording in the ’20s and ’30s. I felt it had the right character for these songs, so I brought it out again.

People always talk about Nick Drake’s writing and his personal mystique, but they tend to downplay how unique and expressive his guitar playing is.

I don’t know if you’ve ever seen photos of Nick Drake’s hands, but they’re really elongated. He could play like no one I’ve ever heard, before or since. I’ve always been drawn to Nick Drake.

I was kind of working on two different groups of songs, one influenced by Nick Drake and folk guys like Bert Jansch. At the same time, I was working on another group of songs that were more blues-oriented, and eventually those two projects kind of merged. I felt like there was a commonality of purpose and a common aesthetic. Overall, the idea is that I didn’t want to make another Honky Tonk record. The idea was to not be complacent and make the same record over and over.

Is that a challenge at this point, having made so many records?

The idea over the years has been to try to stay challenged and not be complacent.  I’ve worked with alternate tunings a lot, just coming up with random tunings on my own, just messing around until something sounded right.  But this time around, I wanted to learn a bit more from a historical perspective.

I’ve always been inspired by the spiritual aspect of the blues. I think music in general, and the blues in particular, represents something that can lift you up and transcend your surroundings. And the blues is something I’ve always turned to to be uplifted.

With each new group of musicians, there’s a new camaraderie and a new chemistry, and that’s something that I wanted to get back to with this recording. The current touring lineup is a little different from the one that’s on the recording. Mark Spencer is on the recording and is in the touring group. We also have Chris Frame, who’s rejoining us on guitar, and Andrew Duplantis from Austin on bass, who I played with for many years. And Mark Patterson, another Austin guy, is on drums.

What qualities do you look for in Son Volt members?

I guess for starters, a shared sensibility — that we speak the same musical language and have similar musical backgrounds. That’s the point of origination for sure. The hard part is that we all live in different cities, so we communicate a lot through email and over the phone when we’re not touring or recording. Yesterday I was going over guitar parts over the phone with Chris Frame. That’s different from being in a band with guys in your neighborhood, but having that shared sensibility definitely helps.

Ultimately, I guess that Son Volt is a vehicle for the songs that I’m writing, and in this case I felt like this batch of songs really were really pointing in the direction of Son Volt.

You’ve moved forward pretty consistently throughout your career, but you also seem to have put a lot of time and energy into assembling the expanded Trace reissue, which came out in 2015.

I embraced the idea, especially the way that we presented the songs in more stripped-down versions. The songs were somewhat reinvented, I think, so taking that approach kept it fresh. It was a great experience.

Changed? I guess you have to adapt to your surroundings. I guess you have to be an extrovert just to survive, and that’s something that I’ve had to work on. The same? I guess I still like to keep one foot in an historical perspective; there’s so much about the music that came before that I’m still learning about. I find that I still gravitate towards the fundamental, elemental type music; that tends to be what inspires me more than modern music. But I still try to keep one ear open and one foot in what’s contemporary.

The music industry has changed so drastically in the time you’ve been making records, yet you’ve managed to adapt and survive. You’ve been on major labels and indies; is that a big adjustment?

I think psychologically, for a lot of folks who’ve been around doing music for 20, 30 years, it’s kind of a culture shock in a lot of ways. But yeah, I’m still here, and I feel fortunate to have been around in the ’90s, when there were still a lot more resources available. The advantage now is that there’s more autonomy, and there’s not too many cooks in the kitchen when you’re doing it this way. Perhaps it’s more egalitarian now, in that everyone can get their music out there, but without the same profile or resources that were once available. 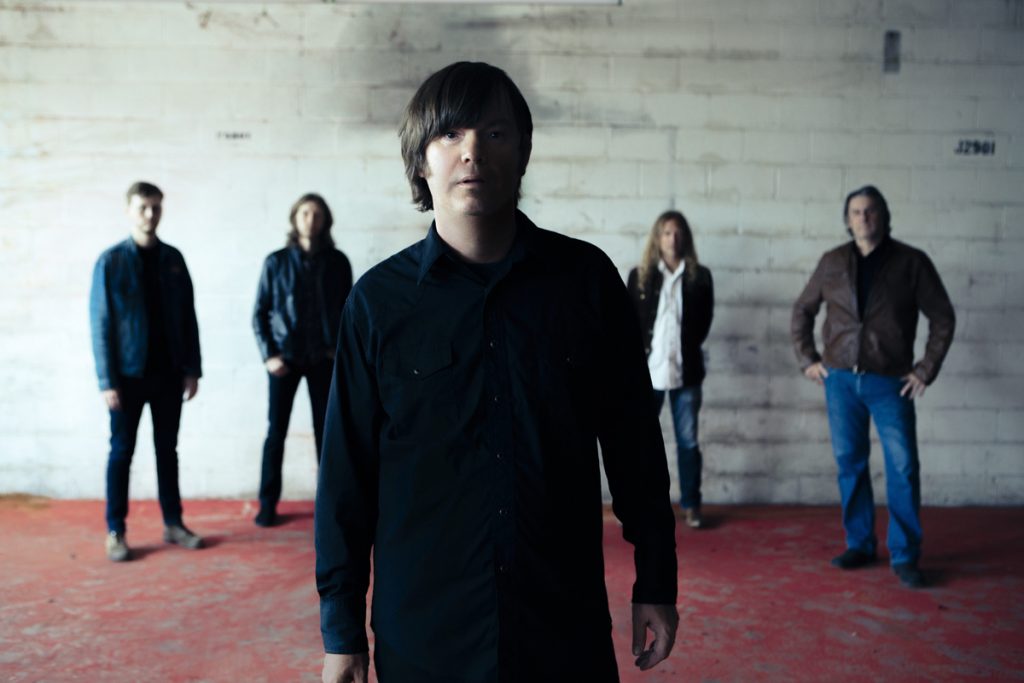 “Ultimately, I guess that Son Volt is a vehicle for the songs that I’m writing,” says Farrar, “and in this case I felt like this batch of songs really were really pointing in the direction of Son Volt.” (Photo by Dave McClister)

How do you look back on Uncle Tupelo now?  In retrospect, you really accomplished a lot in a relatively short amount of time. Can you relate to being regarded as one of the forefathers of Americana?

Well, it was where we learned our chops, it was our band camp. A lot of folks talk about Uncle Tupelo in terms of starting a movement, but I look at it in terms of being part of a continuum. We learned a lot from going out and seeing other bands, and we were just trying to put our own stamp on what we were doing.

Perhaps there’s some mystique attached to the band, because we were only there for four records. A lot of people found out about us afterwards, so I guess there’s a mystique because we’re not around anymore.

What do you get out of touring at this point?

It’s part of the job, but there are aspects, like the camaraderie and the band chemistry, which can make it a really special experience. There’s the grind and the fatigue factor, and the waiting around. But you can use that extra time to read or take photographs. Photography has been a hobby for years. I’ve found that it’s a good hobby to have on the road, because you’re confronted by new imagery every day, and it’s a good way to keep busy. On the website, there are some photographs available as part of the pre-sale for Notes of Blue.

On tour, you definitely get feedback from the audience, and I take note of what works and what doesn’t. That all gets thrown into the memory bank, I guess, and I think somehow it impacts the next batch of songs.

One thing that I’m noticing in the current context is that, after these alternate tunings being a catalyst and an inspiration, now I’m vacillating back to standard guitar tuning. It’s so much more versatile, and it’s found its way into a lot of the new songs I’ve been writing. Every day I wake up and read the news and think about what Woody Guthrie would be thinking about what’s going on. So we’ll see what happens when I get around to recording them.