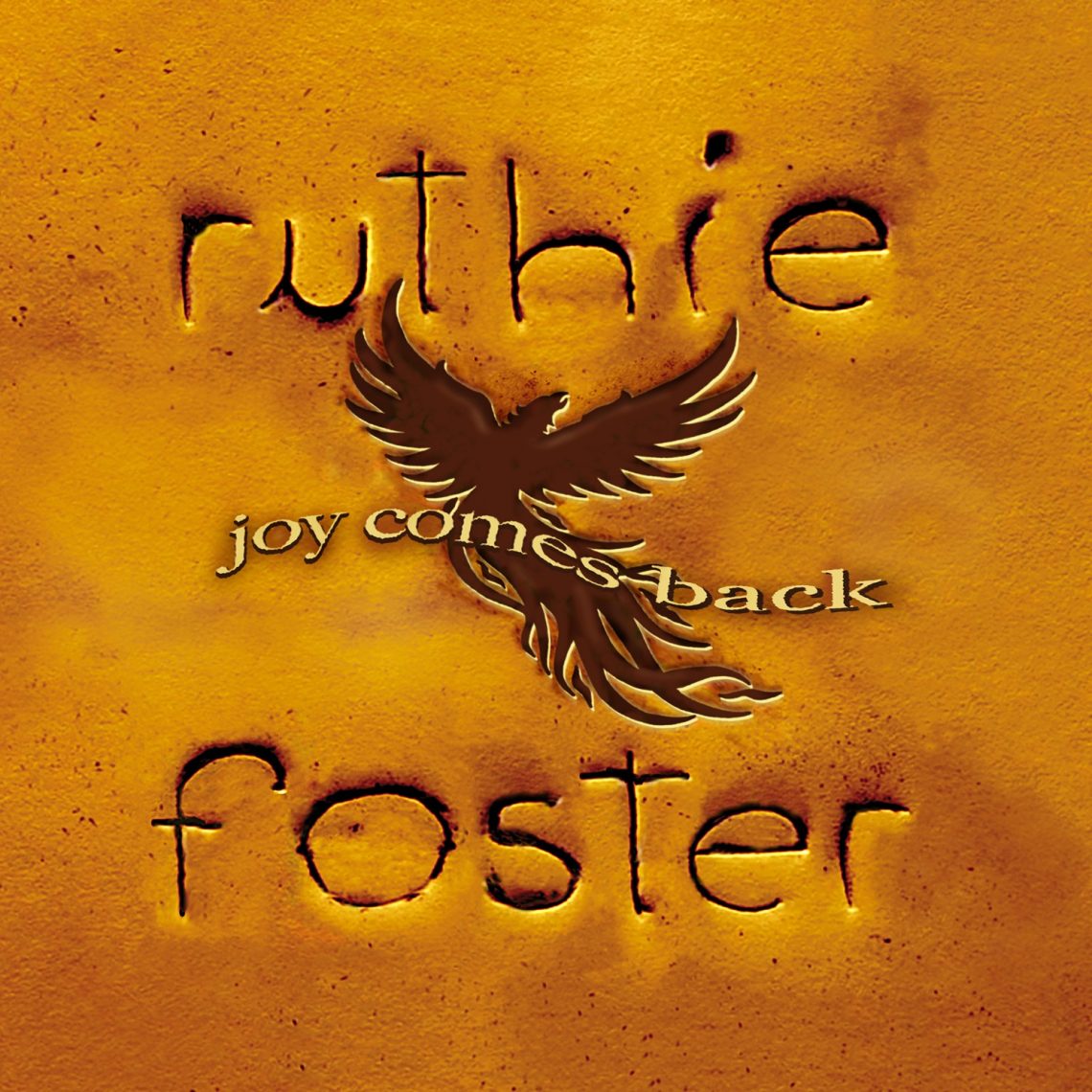 As valid and tempting to break out as they may seem anytime she puts out a new record, critical superlatives about Ruthie Foster’s voice have long since reached a saturation point. Honestly, at this stage of her career, 20 years in, if it’s somehow still news to you that this woman can not just sing but sang (to borrow a distinction she once made herself in praising the Blind Boys of Alabama), you’ve either got a lot of happy catching up to do, or that whole blues/folk/gospel/soul thing she does seemingly as natural as breathing just ain’t your bag and never will be. Meanwhile, anyone already on board the Ruthie train doesn’t need any third-party assurances that her singing on her 10th album is as richly expressive and packed with soulful resonance as ever, because that’s just something a Foster fan takes on faith. So how ‘bout we just acknowledge that voice with a respectful nod but skip all the usual fanfare, and instead focus more on the rest of what makes Joy Comes Back one of the most satisfying records Foster’s ever made?

Much like her last album, 2014’s gospel-leaning Promise of a Brand New Day, Joy Comes Back feels a lot closer in spirit to Foster’s early acoustic roots phase than it does to the brassly-assertive (and admittedly, somewhat hubris-laden) trilogy of The Phenomenal Ruthie Foster, The Truth According to Ruthie Foster, and Let It Burn that marked her crossover from regional folk festival favorite to the Grammy-baiting toast of the international contemporary blues world. And despite featuring only one Foster-penned original — “Open Sky” — compared to its predecessor’s six, Joy Comes Back feels like even more of a truly home-cooked affair than Promise did; whereas the native Texan made that last album in Los Angeles with Meshell Ndegeocello at the helm, Joy was recorded back in Austin with local guitarist Daniel Barrett producing. It’s also her first studio album since 2009’s The Truth on which she gets to do more than “just” sing; she plays acoustic guitar on one song here and Dobro on two others.

Mind, that last point’s hardly anything new, given that Foster — who’s no slouch of an instrumentalist — used to play guitar and piano all over her records and of course still plays every night onstage. But after two albums in a row on which she didn’t play a note, it just seems like an encouraging step back in the right direction to hear her reasserting her complete voice as an artist. And it’s especially telling that one of the songs she plays Dobro on happens to be the album’s centerpiece, a jaw-dropping cover of Black Sabbath’s “War Pigs.” One imagines Foster and Barrett could have called in any number of badass Austin guitarists to play that part, or even special guest Derek Trucks, who plays slide guitar on the album’s Sean Staples-penned title track. But whether the producer had to talk her into it or Foster herself stomped her foot down and insisted “this one’s mine,” the end result is a knock-out. Drummer Dennis Bee lays down the track’s John Bonham-style heavy thunder and Simon Wallace contributes earth-scorching napalm harmonica, but it’s mostly Ruthie herself — a ravenous force of nature armed with a mighty resonator every bit as fearsome as her voice — who strips the 1970 proto-metal warhorse down to its howling bones and resurrects it as something more harrowing than even Ozzy himself ever conjured at his demonic best.

“War Pigs” may well be the obvious main attraction on Joy Comes Back (just as it’s sure to be at every Foster show for the foreseeable future), but the rest is hardly filler. And although the credits don’t scan quite as showy as those on 2012’s Let It Burn (which packed songs by Johnny Cash, The Band, the Black Keys, Los Lobos, William Bell, and even Adele), Sabbath isn’t the familiar name covered here. There’s also the wistful Chris Stapleton-penned opener, “What Are You Listening To?,” Mississippi John Hurt’s “Richland Roman Blues” (the other track featuring Foster on Dobro, along with Austin wunderkind Warren Hood on fiddle and mandolin), and Stevie Wonder and Ivy Jo Hunter’s “Loving You is Sweeter Than Ever.” But it’s actually a handful of lesser-known women songwriters, three of them fellow Texans, who contribute most of the real standouts. The closing “Forgiven,” written by Deb Talen of the Massachusetts-based folk duo the Weepies, feels as heartfelt and deeply personal as any song Foster (who reportedly recorded the album in the wake of a domestic split) could have written herself, and “Abraham,” by Austin’s Shawnee Kilgore, is a majestic modern hymn destined to find wings as a set-closing singalong in front of festival crowds from Kerrville to Canada. Best of all, though — arguably surpassing even that indomitable “War Pigs” — is the soaring “Good Sailor,” co-written by Grace Pettis and Haley Cole. Doubtless a different Pettis song featured here, the rousing feminist anthem “Working Woman,” will get far more play and attention, but its worthy message aside, that one’s frankly a bit too on-the-nose and reliant on platitudes to avoid sounding as ready made for a shampoo commercial as the next march on Washington. “Good Sailor,” on the other hand, is the kind of sweeping universal anthem and timeless testament to resilience that even a mainstream diva like Dion or Streisand could sell to a hardened cynic. And with Ruthie Foster at the wheel, hanging on for dear life but with unflappable fortitude through the lyric’s walloping perfect storm of swelling emotion, it’s the kind of song and performance that proves rather than just tells you how phenomenal this woman and yes, that voice, really are. And that’s the truth. — RICHARD SKANSE

Next post Malcolm Holcombe: Sing a little bit of those working man blues