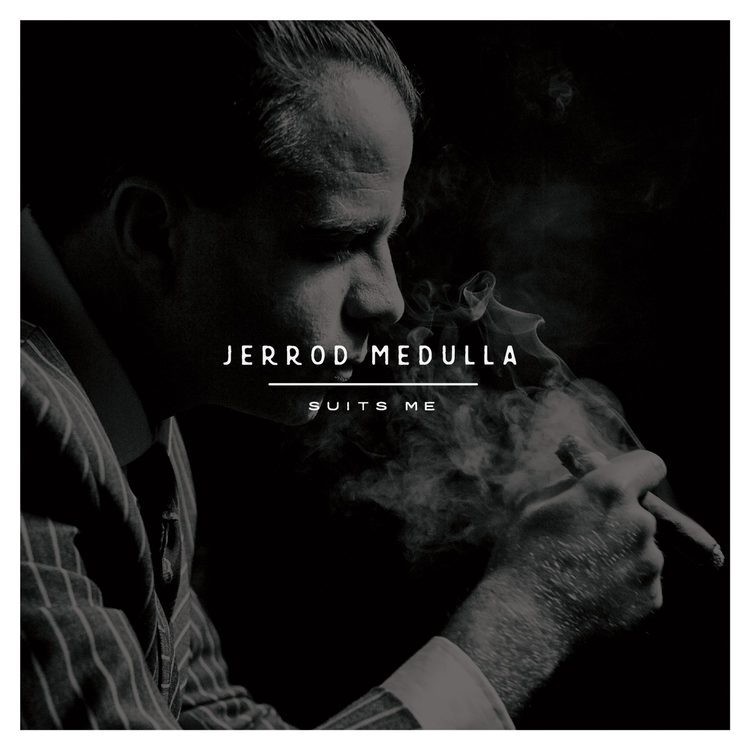 Up around his native DFW, Jerrod Medulla seems to have been toiling on the edge of a breakthrough for several years now. Gifted with a big, pleasantly gritty voice (think Bob Seger leavened with a touch of Chris Isaak) and a warm, committed stage presence, going the conventional Texas country route still somehow left him a bit lost in the shuffle. So credit where credit’s due for taking a bold step off of the road most travelled: Suits Me throws down its efforts in a direction largely unexplored nowadays, at least by non-legacy artists, by making rock ’n’ roll aimed at the grown-ups in the room.

Medulla’s country roots aren’t entirely cast aside, of course. They’re very present in the songwriting; alt-country songwriter Chad Boyd scores several co-writes here, bringing out the darker shades in Medulla’s writing and delivery, and traditional country legend Dean Dillon offers up a previously unheard original (“Unbroken Horses”) to the cause. But the hard-livin’, hard-lovin’ sentiments are framed in wall-of-sound electric guitars and organs, more akin to a late-model Bruce Springsteen or even ZZ Top record (the latter would no doubt approve of the lusty opener “Wolf Howl”). Enough tenderness — largely thanks to Medulla’s vocal talents, able to sow subtlety in a crowded sound mix — seeps in to give romantic turns like “Sometimes Forever” and “Human” the heart-on-sleeve affection they deserve. Elsewhere, there’s undercurrents of danger and regret (“Hand Me the Gun,” “Forgive the Past”) and nifty production touches that keep it all from running together too much (the Spanish flamenco guitar touches on “The Runaround,” the Caribbean lilt on “Sometimes Forever”). Medulla and producers Matt Nolen and Chuck Floyd even go out on the unconventional cover limb — how often does a country kid from Texas tackle a Police song? — and come up charming with “Wrapped Around Your Finger.” If Medulla is looking to diverge off the college-cowboy path into a full-grown pop-rock direction, may he age as gracefully as Sting himself. — MIKE ETHAN MESSICK